Why do Boys and Girls Prefer Different Toys?

This piece was originally published on April 17th, 2008 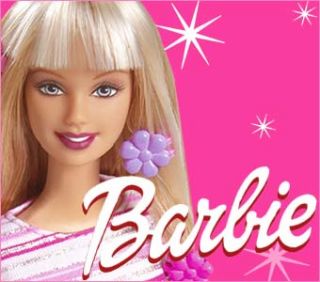 In 2002, Gerianne M. Alexander of Texas A&M University and Melissa Hines of City University in London stunned the scientific world by showing that vervet monkeys showed the same sex-typical toy preferences as humans. In an incredibly ingenious study, published in Evolution and Human Behavior, Alexander and Hines gave two stereotypically masculine toys (a ball and a police car), two stereotypically feminine toys (a soft doll and a cooking pot), and two neutral toys (a picture book and a stuffed dog) to 44 male and 44 female vervet monkeys. They then assessed the monkeys’ preference for each toy by measuring how much time they spent with each. Their data demonstrated that male vervet monkeys showed significantly greater interest in the masculine toys, and the female vervet monkeys showed significantly greater interest in the feminine toys. The two sexes did not differ in their preference for the neutral toys. 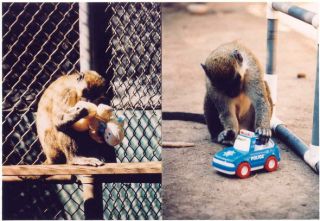 Alexander and Hines’s article contains a wonderful picture (reproduced here in full living color, courtesy of Gerianne M. Alexander) of a female vervet monkey conducting an anogenital inspection (examining the genital area of the doll in an attempt to determine whether it is male or female), as a girl might, and a male vervet monkey pushing the police car back and forth, as a boy might. If children’s toy preferences were largely formed by gender socialization, as traditional sociologists claim, in which their parents give “gender-appropriate” toys to boys and girls, how can these male and female vervet monkeys have the same preferences as boys and girls? They were never socialized by humans, and they had never seen these toys before in their lives. Yet, not only did male and female vervet monkeys show the identical sex preference for toys, but how they played with these toys was also identical to how boys and girls might.

As stunningly ingenious and spectacular Alexander and Hines's initial study was, it stood alone in the scientific literature for a while. All new scientific discoveries must be replicated to make sure that the findings are both genuine and generalizable. Well, it took the field six years, but the original findings have now been replicated.

In a forthcoming article in Hormones and Behavior, Janice M. Hassett, Erin R. Siebert, and Kim Wallen, of Emory University, replicate the sex preferences in toys among members of another primate species (rhesus monkeys). Their study shows that, when given a choice between stereotypically male “wheeled toys” (such as a wagon, a truck, and a car) and stereotypically female “plush toys” (such as Winnie the Pooh, Raggedy Ann, and a koala bear hand puppet), male rhesus monkeys show strong and significant preference for the masculine toys. Female rhesus monkeys show preference for the feminine toys, but the difference in their preference is not statistically significant.

We do not yet know exactly why males of different primate species prefer wheeled toys and other vehicles, or why females of different primate species prefer plush toys and other dolls (except for their vague resemblance to babies, for which females are evolutionarily designed to care). However, it is becoming less and less likely that “gender socialization” is the reason why boys and girls prefer different toys, and more and more likely that there are some genetic, hormonal, and other biological reasons for the observed sex differences in toy preference.