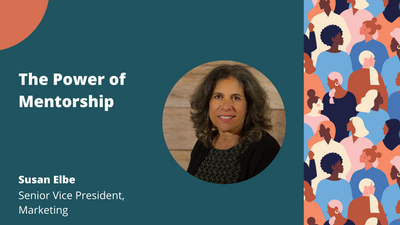 As our working life has evolved over the past two years, I have been thinking about the experiences and jobs I have had throughout my publishing career.   Although I did not necessarily love every job, nor was I the best fit for every one, what I know to be true is that each step built on the last one and each one helped me grow as a person and as a professional. A common thread for me as I built my career has been the ever present role of my mentors. Mentoring is widely considered a critical component to career success, and today, women are focusing much more on networking and mentorship. This often provides help for us as we navigate our lives as working women, and we are better for it.

Throughout much of its early history, the publishing industry had a reputation for being a “gentleman’s profession;” one in which women like the first female newspaper publisher Elizabeth Timothy could only be found behind the scenes. At the turn of the century, women who wanted to work in publishing found themselves in secretarial roles because the editorial roles they coveted were dominated by men. As the 20th Century progressed, the industry started to see editorial positions and other roles open up to women. In fact, a 2019 study on the US publishing industry revealed that 74% of employees are women.  At Macmillan Learning, women are a majority of our employees.

Much of the reason for the change can be attributed to support and mentorship of women. Elizabeth Timothy relied on her partnership with Benjamin Franklin to publish the South Carolina Gazette, and many women who had ambitions to work in publishing relied on their connections within the industry to get their first roles. Mentors can be invaluable to helping support and nurture women for a career in publishing, no matter where they are in their career journey.

Early in my career I never thought I was ready for the next position. In fact, I remember having to be talked into applying for some new roles. Thankfully, my managers and mentors believed in me. My doubts made me one of the 75% of women who manage their imposter syndrome, second guessing whether I was ready for a new role, and to take the next step in my career. And like 72% of these talented women, I relied on a mentor to help me manage and move past those feelings. And as it turns out, they were right.

We all have a part to play in helping women grow and nurture their careers both inside and outside the publishing industry. While informal mentorships are a critical part of growth, they’re just one piece of the mentoring puzzle. More and more, companies are recognizing the significance of having a diverse workplace, and an important part of that is gender equality.

But I didn't just rely on mentors early in my career -- they have helped me progress throughout my career. My mentors have been male and female. But unlike what one would think a typical mentorship looks like, many of these were informal relationships that formed organically. I worked on nurturing those connections by asking questions and seeking advice. As my responsibilities grew, I also grew my network of people I could rely on for advice, for empathy and sometimes some tough talk.

Today, I’m paying it forward by being a mentor to other women inside and outside Macmillan Learning. I am part of a Women’s Leadership Network, and I sit on the Board of Directors of the not- for- profit organization Reach Out and Read of Greater NY.   I’m proud that I’m part of the company’s mentorship program, and the Executive Sponsor of Proud@ML, one of the company’s Employee Resource Groups.

This Women’s History Month, I wanted to take a moment to recognize those who have mentored me and countless other women to develop their publishing career. For me, being a mentor has brought such joy and pride helping those early in their careers grow and stretch themselves when they are not sure they can.   For those who might be reticent, I encourage you to think about those that inspire you, or spark your curiosity and start having those organic conversations that can oftentimes grow into lifelong mentorships.