The Intertwined History of Transportation and Segregation: A Conversation with Mia Bay 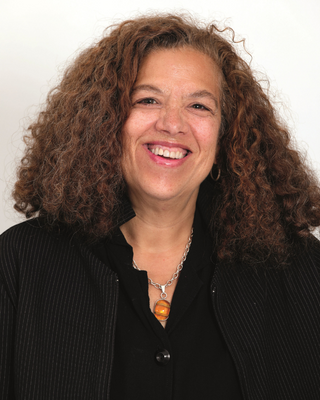 Mia Bay, Roy F. and Jeannette P. Nichols Professor of American History, University of PennsylvaniaThere’s little doubt that Americans rely heavily on travel for both work and pleasure. But there’s more to getting from here to there than meets the eye. The recent Black Lives Matter protests highlighted the ways in which racial profiling and discriminatory policing still exist today on America’s roads and highways. This is not new, however, as the transportation inequities that began as far back as the 19th and 20th centuries continue to persist for many Black drivers.

Macmillan Learning employees recently welcomed Freedom on My Mind author and Professor of American History at the University of Pennsylvania Mia Bay to discuss this intertwined history of transportation, segregation, and resistance, which is the topic of her new book, Traveling Black: A Story of Race and Resistance. To help us better understand the ways in which Black passengers and drivers still haven’t fully escaped from the repercussions of Jim Crow laws, Professor Bay encouraged us to travel back in time to look at the broader history of transportation in America, including a closer look at traveling by train, bus, plane, and automobile.

“One of the reasons that transportation became so important in the Black civil rights struggle is that the 19th and indeed the 20th century were the golden age of the American railroad,” Professor Bay reminded us. Almost everyone who traveled long distances in the United States did so by train. While this included many African American passengers, train transportation was not very accommodating to these travelers.

“People also often forget that Plessy vs. Ferguson, the landmark Supreme Court case that established the doctrine ‘separate but equal’ in 1896, was about accommodation in railroad cars,” said Professor Bay. Blacks were relegated to second-class cars known as ‘Jim Crow cars.’ “The Supreme Court’s decision made it very difficult to fight a system,” said Professor Bay, “in which separate was supposed to mean equal, but separate is never equal, as we all know from education.”

African American travelers rode in train cars that were visibly inferior to those of their white counterparts. Not only were Jim Crow cars often the smoking or baggage cars, they were often the oldest cars of the train. “They would typically be made of wood,” said Professor Bay, “whereas the other cars of the train were metal. This led to the development of a phenomenon known as the ‘Jim Crow train crash,’ in which virtually all casualties were those riding in the Jim Crow cars.” It was not  until the 1950s that wooden cars were taken out of rotation.

Early municipal bus lines were known as jitneys, large cars similar to streetcars, that were both white and Black-owned. African Americans needed to develop their own jitney lines because the white-owned jitneys didn’t always pick up Black people. “Even after jitneys were relegated out of existence and replaced by more buses, they continued to not pick up Black passengers,” said Professor Bay. “Though there were reasons for this beyond discrimination. There weren’t necessarily services for Blacks along the road – places where they could go to the bathroom, where they could eat, or where they could spend the night.”

The advent of the automobile gave African Americans more autonomy, but it did not solve many of these problems. “We often think of cars as being private spaces,” said Professor Bay, “and so Blacks sought to escape Jim Crow laws by owning and driving their own cars.” However, according to Professor Bay, cars are highly regulated. “To drive a car and be able to travel anywhere, you need to be able to use service stations, rest stops and hotels. Further, you’re also subject to police scrutiny.”

While service stations weren’t common in the early days of the automobile, when they finally did become more common they weren’t welcoming to Black drivers. “Gas stations were developed largely to appeal to women drivers, and so they were intensely middle-class, white, domestic spaces,” said Professor Bay. Many service stations refused to sell gas to Black drivers, which Professor Bay said she found puzzling during her research for Traveling Black.

Whether traveling by bus or by car, African Americans needed to strategize their routes. “There came about these publications such as The Green Book, which were basically travel guides for African Americans, informing them where they would be able to stop,” said Professor Bay. “A culture developed in which Blacks were sharing a lot of information with each other and planning their trips very carefully, which is sort of a striking contrast to the emerging notion of the ‘open road,’ which other Americans were thinking about.”

Once planes came along, African Americans were hopeful that they would be an escape from Jim Crow laws. Nevertheless, airports were segregated with  separate waiting rooms and bathrooms, and airport restaurants often didn’t serve Black travelers. “Blacks were usually the first to be bumped from a flight if a white passenger needed their seat. This even happened to Ella Fitzergerald when she was supposed to give a concert in Hawaii,” said Professor Bay.

“While the Freedom Riders in the early 1960s eventually brought an end to segregation in airports, on railways, and buses, they did not completely change our society,” said Professor Bay. While fewer people are traveling by bus or train today, Blacks continue to encounter all forms of discrimination on the ‘open road.’ “They pay higher prices for both insurance and cars, which makes them less likely to own vehicles,” said Professor Bay. “And, something we perhaps don’t think about as often is mobility during disasters. Blacks are disproportionately less able to escape from natural disasters.” As an example, Professor Bay drew our attention to Hurricane Katrina.

To learn more about the intertwined history of transportation and segregation, check out Professor Bay’s book, Traveling Black: A Story of Race and Resistance.

Mia Bay (Ph.D., Yale University) is the Roy F. and Jeanette P. Nichols Professor of American History at the University of Pennsylvania. Her publications include To Tell the Truth Freely: The Life of Ida B. Wells; The White Image in the Black Mind: African-American Ideas about White People, 1830–1925; Freedom on My Mind, Traveling Black: A Story of Race and Resistance, and the edited volume Ida B. Wells, The Light of Truth: The Writings of an Anti-Lynching Crusader. She is a recipient of the Alphonse Fletcher Sr. Fellowship and the National Humanities Center Fellowship. An Organization of American Historians Distinguished Lecturer, Bay is a member of the executive board of the Society of American Historians and serves on the editorial boards of the Journal of African American History and the African American Intellectual History Society’s Black Perspectives Blog. Currently, she is at work on a book examining the social history of segregated transportation and a study of African American views on Thomas Jefferson.