“One of my passions is to help students succeed,” said Dr. Kevin Revell, author of Introductory Chemistry. “It’s part of what drives me.” During his sixteen-year tenure as a chemistry professor at Murray State University, Kevin has helped many students succeed, and this isn’t limited to his own students. As the author of a popular, introductory level textbook, his passion to help students stretches much further than his own classroom.

Writing a textbook is challenging, as educators work to channel their experience and knowledge into a tool to teach others. Macmillan Learning’s authors are accomplished experts in their fields; often distinguished academics at some of the most reputable colleges, universities, and institutions around the globe; and they also have remarkable careers outside the classroom. They use all of these experiences as practical examples when teaching or writing their books.

Macmillan Learning’s new Author Spotlight series gives students an opportunity to learn more about the educators authoring their textbooks. What have their careers looked like? Did they always know that they wanted to work in higher education? When did they turn from teaching to writing? This month’s spotlight is Kevin Revell, an author whose successes and struggles as a student and teacher have informed the way he teaches and writes today. 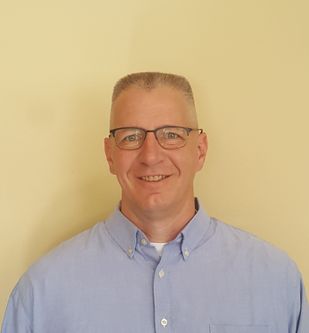 Dr. Kevin Revell, Murray State UniversityKevin became interested in chemistry at an early age. He told me he remembers sitting in a tree at eight-years-old trying to figure out what plastic was made of. “It’s not made of wood. It’s not metal. So, what is it?” Kevin said. His developing interest in science continued to grow, and he described everything as “clicking” during his high school chemistry class.

“Most students didn’t like the class,” Kevin said, “but I was fascinated by the material and couldn’t stop asking questions.” Less than two years later, Kevin started his undergraduate career at the University of New Orleans as a chemistry major. Despite his strong interest and enthusiasm for the sciences, he struggled during his first year,  describing this as a formative part of his education that greatly influenced the way he teaches today.

It’s an age-old piece of advice that students should visit professors during their office hours. Nevertheless, many students are often hesitant to take them up on their offer. I shared with Kevin that my younger sister recently completed her first year of college as a declared biochemistry major and that she struggled during the spring semester in her Chemistry II course. “Tell her to come to Murray State,” Kevin joked.

Kevin wants his students to take advantage of his and other professors’ willingness to offer one-on-one help. “I know I may look sort of big and scary,” he said with his military-style haircut and two folded U.S. military flags in his office, “but I really want my students to know that they are welcome. I want to see them succeed.”

Kevin told me about a frequent visitor to his office hours. “This young woman took both Chemistry I and Chemistry II with me last year, and she really struggled,” he said. “We spent hours working through problems together on the whiteboard, and she got better and better.” Kevin impressed the importance of working through problems on the whiteboard. “I can better understand students’ thought-processes and see where they get hung up,” he said. “We go through a bunch of whiteboard markers.”

The student Kevin described didn’t take organic chemistry with him, yet she still continued to visit him during office hours for help. “She’s on her way to vet school now,” Kevin said. “It’s gratifying to see students not necessarily know where to begin with a problem and then emerging at the end of a semester or academic year with a really developed cognitive skill set. They know how to tackle big problems and persevere until they make it through.” Kevin described many of his students as being far ahead of where he was at their age. “At nineteen I had no idea what I was doing. These students are going to accomplish things that I never could,” he said.

When asked what career Kevin saw himself pursuing as a student, he told me his goal was to obtain his PhD. “I wanted to do high-level research and be a big shot in the field of chemistry,” he said. But, after entering graduate school, he became frustrated with his research and felt he needed to step away for a while to reassess. “I moved to Florida and taught at a high school for one and a half years. That’s where I learned how much I love teaching,” Kevin said.

Kevin and his wife had two small children at the time, and he realized that going back to school was going to be the best option to support his growing family. “So, I returned to school and finished my master’s degree,” he said. “Afterwards, I worked for a couple of years in the pharmaceutical industry. I learned so much chemistry during that time. It’s just such a different world from academia. It’s no longer theoretical, and the stakes are really high.”

Fortunately, Kevin also found a way to continue doing what he loved most during this transitional time – teaching. While working for Eli Lilly, Kevin taught one night a week at Ivy Tech Community College in Indianapolis. “I’d get off work an hour before class, make a quick stop at White Castle for dinner, and then rush over to the community college with a handful of markers and a vague plan!” Kevin said. “I really came to appreciate what a community college does, and the challenges and opportunities that professors have,” he said.

Like many others, 9/11 made Kevin reflect about where he wanted to be and what he wanted to do with his life. “It was always going to be teaching,” Kevin said. An opportunity popped up in Florida, so Kevin and his family made the move back to the Sunshine State. “This little college was just beginning to launch into the physical sciences and build the program from the ground up,” he said. Kevin has fond memories of this time. “Everything was new and there wasn’t much of a budget, so the other teachers and I had to be a little experimental.” Kevin described all the “goofy” stuff they were doing – from dropping bowling balls to measure the acceleration of gravity to using old record players from the school’s library to measure rotation. “We even built our own primitive fume hoods to conduct microscale organic experiments,” Kevin laughed.

Although Kevin was thriving as a teacher, he wanted to complete his PhD. “The experience with my master’s degree left a bad taste in my mouth, and I was very reluctant to go back,” Kevin said. It was a mentor, the provost at the college where he was teaching, who made all the difference. “It’s really valuable to have someone in your life who will tell you the things you don’t want to hear,” he said. “He told me the hard truth – that if I wanted to succeed in academia, going back for the PhD was essential.”

It turned out that the PhD experience was much better than his time as a master’s student. “I ended up working with Professor Ed Turos at the University of South Florida. “He was terrific to work with. He understood that I was an adult, balancing the responsibilities of being a teacher and dad, and that I needed to figure out how to make it all fit,” he said. “He helped me make it fit.” Kevin finished his PhD in 2006 and has been teaching at Murray State University ever since.

While there are many chemistry professors, only a few are writing introductory textbooks for thousands of college students. So, how did Kevin become a textbook author? When I asked him, he told me it was sort of a funny process. “I ended up working with Sapling Learning, doing virtual product demos with colleagues around the country. I was able to build a lot of great relationships and learn about the teaching challenges that my colleagues were facing,” Kevin said. It was through this experience that Kevin met the publisher, Roberts & Company (which eventually merged with Macmillan Learning), and started the Introductory Chemistry project.

“It’s amazing how it all came together,” Kevin said. “Our department chair assigned me the non-majors chemistry course. It was a night class, and I was originally pretty grouchy about it because it was during my son’s basketball season, and I hated missing games. But I fell in love with the class, and have been closely involved with the non-majors course ever since.”

Originally, the non-majors class used a textbook that had some gaps in it, so Kevin ended up writing an entire chapter himself to fill those holes. When he was approached by a publisher interested in producing a digital-first textbook, Kevin was already prepared with a writing sample.

After signing his project, Kevin noted, “I had this great team with the energy and know-how to make my vision of helping students succeed a reality,” he said. “I wanted to create digital tools that emulate the ways I work through problems with my students in the classroom and office. I feel we achieved that.”

Another thing that was important for Kevin to consider with his textbook was practicality. “I’ve had the benefit of working in the pharmaceutical industry, so I’ve seen how industrial chemistry really works,” he said. “I want students to have the context they’ll need to succeed in their jobs.” Introductory Chemistry exposes students to a wide variety of different potential career paths for students of chemistry. “I’ve provided chapter introductions that tie in stories from different disciplines – forensic, conservation, archeological, geological, manufacturing – all sorts of different things. There are so many opportunities out there that students aren’t even aware of.”