A Conversation with Heather Bruegl About Native American Influence

November is Native American Heritage Month. To help celebrate it, Macmillan Learning invited Native American Historian & Director of Cultural Affairs for the Stockbridge Munsee Community Heather Brugel to talk with us about Native American influence on our culture and the important history that shaped our nation. 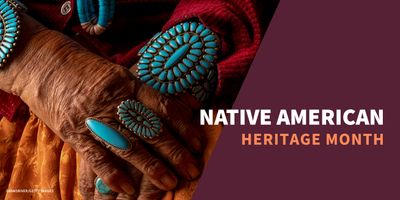 Marisa: Why were blood quantum laws established, and are they still in use today?
Heather: The concept of blood quantum was established on paper as early as the 1700’s when the Virginia Colony started to write laws prohibiting the Native tribes in the area from being able to marry whites, hold public office, etc.

The idea as we know it today came around in the 1930’s with the passage of the Indian Reorganization Act or the Indian New Deal.  There what it meant to be ‘Indian’ was defined.  And to go a step further, the government sent out anthropologists to measure the faces and judge the color of Native Americans to determine whether or not they met the government standards of being ‘Indian’.

Blood quantum is used today to determine tribal membership.  Each tribal nation has their own requirements needed for membership and that varies from Nation to Nation.  Blood quantum is an emotional topic and can bring up many feelings.  It isn’t something to just talk about casually.  There are real life consequences to blood quantum.  It is a topic that divides Nations and families. 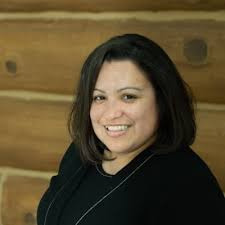 Heather BrugelMarisa: How does modern DNA testing play into blood quantum?
Heather: From what I understand, DNA doesn’t play a role.  DNA just tells you your ancestry, it doesn’t give you your blood quantum. That can only come from tracing your lineage and using either government or tribal rolls.

Marisa: How do Native Americans continue to influence our culture today?
Heather: I think the heart of the United States starts in Indian Country.  We may have small numbers, but we are mighty and have the power to sway elections as we just saw in 2020.  We make our voices heard and hopefully influence the country with our history, tradition and cultures.  (Editor’s note. See articles from ABC news and Color Lines for additional information about the impact.)

Marisa: It's Native American Heritage Month -- what are some good ways to learn about their history and culture?
Heather: There are some great documentaries out there that are available on many streaming services. Some of my favorites are Trudell, A Good Day to Die, Awake: A Dream from Standing Rock, and Reel Injun. Some books that I love are An Indigenous People's History of the United States, The Heartbeat of Wounded Knee and Lakota Woman.  I would also recommend visiting the websites of tribal nations.  We have so much to share with you and many times we have our histories right on our websites.

It is so important to learn about the history of Native Nations.  We were the first peoples and oftentimes our history is overlooked.  While it is great to learn about us and recognize Native American Heritage Month, it is super important to know we exist the other 11 months of the year!