To Dwell in Possibility: How the Letter of Recommendation Becomes Poetic

In Julie Schumacher’s 2014 novel Dear Committee Members, protagonist Jason T. Fitger demonstrates how aptly the letter of recommendation functions as a vehicle of complaint, forced praise, and political maneuvering. Schumacher uses the genre of the LOR to poke fun at Fitger’s folly --his deep longing for his ex-wife, his fears that his creative writing career will languish at his middling university, and his festering rage at higher education’s growing neglect of the liberal arts. At times, Fitger captures exactly what frustrates most of us about the process of writing a letter of recommendation: managing to say something positive and specific about students we barely know, or students who narrowly passed our courses, or students who desperately need the letter written in the next 24 hours.

No doubt these requests are irritating and complicated, but they don’t diminish the noble essence of the LOR.  All satire aside, Schumacher’s novel reveals how even the most cynical professor finds himself writing letters that demonstrate deep admiration, concern, and hope for his students. In a letter to the Internship Coordinator at a State Senator’s Office, Fitger recommends a student whom he described as “a wide-eyed earnest individual who will undoubtedly benefit from a few months spent among the self-serving pontificates in the senator’s office.”

For some in higher education, the LOR may serve as formality, a lifeless genre, a necessary process for scholarship applications, college admissions, and employment.  However, I’ve always considered them one of the most eloquent genres we employ because it allows us to express the depth of our students’ potential.

For students, the LOR offers a chance to glean how much their professor genuinely admires them.  I can recall the moment I read my own professors’ praise, detailing my accomplishments and predicting my future successes.  These letters boosted my confidence more than a high grade on a paper or exam. This was a chance to see how my professor felt about my learning, about my potential.

Now I get to witness first-hand the same effect the LOR has upon my students many of whom, like me, are first generation college students. While I rely on some familiar templates, I use excerpts from the students’ own writing and examples from class discussions to illustrate the exceptional contributions these students will continue to make.  Last semester, I wrote several LORs for students who were applying for scholarships or admission to four-year colleges. One student, who consistently performed well in the class, was, nevertheless, surprised and moved by the letter.  “I can’t believe you wrote that about me,” he said.  He had received positive feedback on several assignments, but he was re-taking the course, having dropped out the year before to enter rehab; he still carried such deep doubt and anxiety.

In many ways, then, the LOR is the vehicle for change and mobility, a chance to start again, a chance to move forward with support and confidence.  It’s our way of telling the world that these students are ready and hungry, on the brink of discovering their own best selves.

In the past, I've kept LORs confidential, between the solicitor and myself, partly out of concern that my recommendation was flawed or misleading or inadequate in some way. But maybe another reason was that it's the way I was treated by my recommenders. I always felt like a LOR was something to be requested and then never discussed again, as if asking for a copy would break some hidden rule of academic decorum. Your post, Lisa, motivates me to get over these psychoses and adopt a more open attitude. It makes no sense to keep these things hidden from students, especially when considering the impact they could make on the student's sense of self. 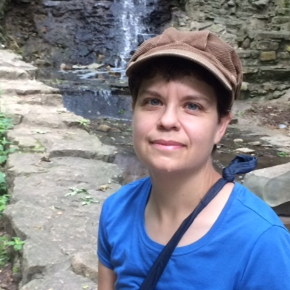 Thanks for your comment.  There have been a few occasions when the LORs I've written were kept confidential because of the process designated by the outside agency (i.e. admissions office, employer etc.).  However, my default is always to give students a copy of the letter.  I was always grateful to read what my professors wrote, and I really enjoy sharing that same experience with students.