Making Space for the Introverts in Your Classroom 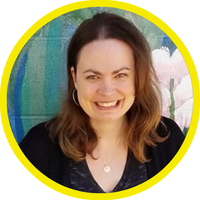 Elizabeth Catanese is an Associate Professor of English and Humanities at Community College of Philadelphia. Trained in mindfulness-based stress reduction, Elizabeth has enjoyed incorporating mindfulness activities into her college classroom for over ten years. Elizabeth works to deepen her mindful awareness through writing children's books, cartooning and parenting her energetic twin toddlers, Dylan and Escher.

How do your students gain energy? Do you have a class full of introverts who gain their energy by quiet, reflective activities? Or do you have a class comprised of extroverts who need interactions with others to thrive? I sometimes ask my students whether they identify as more extroverted or more introverted. Depending on the semester, the split can be anywhere from fifty-fifty to one-third introverts and two-thirds extroverts, mirroring some studies done in the general American population. And, of course, there is the important, binary-resisting, ambivert designation which always pops up in a segment of the classroom population. Regardless of numbers, though, an important takeaway is that I have never had a class where there were no self-identified introverts. It is a form of diversity in our classrooms, and I’ve found it important to make space for more introverted ways of being in our classes. As we ask students to speak up, what ways can also help them to learn more quietly?

Once a student in my Intercultural Communication class at Community College of Philadelphia suggested that Disney should never have gay characters. A commotion broke out and everyone wanted to share their thoughts. I rang my meditation bell—which I usually use to start mindfulness practices in class—and asked each student to first write about their thoughts on the issue, then comment on it aloud, one after the other, without responding to any of the comments they heard. Then I asked everyone to write again about their overall perspective after hearing the voices of their classmates, noting if anything about their perspectives had shifted. Asking students to respond in writing first is helpful for some introverted students. It allows thoughts to be gathered before they are expressed. Additionally, sharing without direct response/feedback is common in some religious traditions like Quakerism, where one can share in community without engaging in more conventional dialogue. It made sense to structure the conversation this way, but I wasn’t sure if the activity would be successful.

The results of this particular activity were surprising; while in the cacophony of voices that had originally erupted several people had agreed that Disney should not represent gay characters, once we had completed this activity, everyone, including the student who had initially suggested the stance, had changed their mind. What was most interesting to me was not the content of the discussion—though it was an important conversation—but rather how rare it is, especially in the America we live in today, for opinions to change that quickly. I attribute this, in part, to the thoughtfulness of the quieter students (some I’m sure who identified as introverts) who may not have otherwise gotten to share their rationales had they not been asked to write first and had this been a more traditional back and forth discussion. This approach certainly doesn’t work for every discussion, but it is a powerful tool to have in one’s back pocket.

The previous example was one where writing occurred concurrently with sharing. Such an activity can be productive, but I’ve also learned that it’s fine to have students write something and not share it, not turn it in, and not have an audience for it other than themselves! I often include “recap/reflection” questions so that students can pause and think about course content. Sometimes I ask for volunteers to share, and sometimes I simply let the activity allow students to connect with their own thoughts through writing—nothing more.

A final way to make space for introverts in the classroom is something I call self-advocacy points. If students extend the conversation from class with me via e-mail, they get one point of extra credit. Telling me, for example, more of their thoughts about Taoism in a Humanities class, or additional questions they have about thesis statements in an English class, helps to boost their grade. Relatedly, in classes where participation is given a point value, emails can be substituted for verbal participation in class. Students who take advantage of these points are often students who have a lot of fear speaking in class or are hugely drained by the activity. They may be thinking of an idea to share and by the time they are ready, the time to share has passed. When I receive emails, I will sometimes then make space for students to share in the next class the perspective that they have already rehearsed in an email to me. In the past, this has encouraged some students to speak more during the class as well. Setting up a self-advocacy chat or a space to continue discussions after class in an online platform would work equally well.

It is perhaps no secret that I am an introverted professor. At first, I felt that I had to teach in the most extroverted way possible and train my students to be outspoken. It was only when I began to accept and value my own introverted identity that I started to make space for introverted modes of being in my classroom. It has added texture and variety to my activities. I’ve also found that embracing human variation in the activities we create for the classroom is another way to love our own human variation and a way to gain energy as educators.