Listening to Stories Is Good for Us! 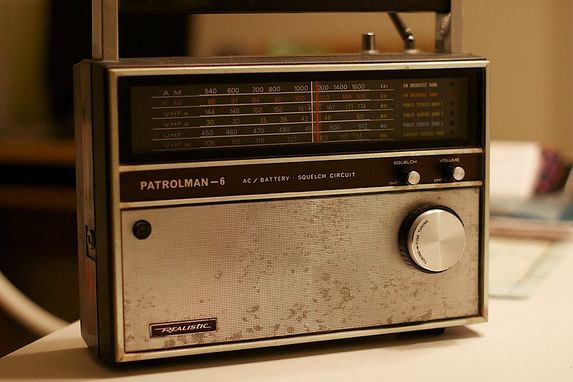 Actress, playwright, and author Anna Deavere Smith speaks eloquently about listening as the basis of her craft. Describing the intensive interviewing she did to prepare for her one-woman show Twilight: Los Angeles, 1992, in which she appears and speaks as a series of people involved in the riots that sparked after Rodney King was beaten almost to death, she refers to “the difficult, heart-filled, ethical work of listening” —that very empathetic and deep listening she had to do in order to inhabit the experiences of the people she portrayed. She had to interrogate her own biases and assumptions and set them aside in order to listen in this way, to listen so that she could experience what her interviewers had experienced.

Smith’s concept of listening underscores something we know—that listening can bring people together. Think again of Anna Deavere Smith’s extraordinary one-woman play Twilight: Los Angeles, 1992 as well as another of her one-woman “verbatim theatre”-style plays, Fires in the Mirror: each deals with explosively dangerous situations (the 1992 Los Angeles riots, the 1991 Crown Heights riots) and both of them involve racial conflict (between the Korean-American and African American communities in LA, between the Jewish and African American communities in Brooklyn). As audiences across the country watched Smith “become” these characters—turning herself into a small Korean shopkeeper one moment, the Reverend Al Sharpton the next—and speak their truths, and as audiences listened to these truths, their views on the riots and those involved in them often changed. Such changes were partly in response to Smith’s amazingly powerful depiction of the people involved, and to her giving voice to their feelings and thoughts in ways that first got people to listen and second got them to understand the situations as being much more complex than they had thought beforehand.

So listening can lead to change. But such changes were also, I believe, partly due to the power of storytelling. As Anna Deavere Smith’s work demonstrates and as novelist Richard Powers says, “The best arguments in the world won’t change a person’s mind. The only thing that can do that is a good story.” I agree with Powers, which is one reason I encourage student writers to consider using stories/narratives in much of their college writing, from analyses to proposals to reports, and why I have urged that we work toward establishing narrative justice wherever and whenever possible—that we create narratives that can counter what Chimamanda Ngozi Adichie calls “the danger of the single story” that has labeled and categorized and oppressed so many groups of people throughout history. (See past posts I’ve written on narrative justice here and here.) We need to create and promulgate such just counternarratives, and then we need to work to make sure that others hear them, and not just hear them but listen to them.

This is one reason why some advocate public listening “as a way to open up the possibility for new outcomes, new opinions, and new understandings of [others] —even as it also recognizes the nervousness, fear, and hesitation that can also inform our listening practices,” as Nicole Brittingham Furlonge describes her work in Race Sounds: The Art of Listening in African American Literature. In fact, researchers working on listening in Uri Hasson’s Princeton lab make a strong case for the power of stories as well as for the importance of listening to them—based on an intense series of experiments involving brain scans of people telling and listening to stories. These researchers studied the brain scans of speakers and listeners over time and in different configurations, and discovered that as the speaker tells a story, the soundwaves of the story begin to “couple” the listener’s brain responses to that of the speaker’s. In these experiments, sometimes the speaker tells the story as written; other times the speaker might read it backwards or in random order of sentences or in other scrambled ways. While some more minor coupling occurred even in these scrambled sequences, it did so only cursorily. So it seemed to be important that the narrative structure hold in order for strong coupling to take place. In Hasson’s words, “the better the listener’s understanding of the speaker’s story, the stronger the similarity between the listener’s brain and the speaker’s brain.” As a commentator remarked after studying this neuroscientific research, “a great storyteller literally causes the neurons of an audience to closely synch with the storyteller’s brain.”

Hasson’s research seems especially important in this moment, when so many people are locked into their own echo chambers, hearing the same stories over and over again, to the exclusion of any others. All those brains coupling and synching around one narrative, reinforcing it at every turn and making it harder and harder to build common ground and to comprehend any alternative or counternarratives. People in such echo chambers build common ground with one another, all right, but that very fact keeps them from establishing common ground with anyone outside that echo chamber. They turn away from stories representing different points of view and thus effectively prevent communication.

Hasson’s research convinces me more than ever that if we don’t listen openly and carefully to one another and one another’s stories, we can’t hope to gain understanding or insight into their motivations, hopes, and goals. So let’s tell stories to each other, but more important even, let’s LISTEN to those stories.

Image Credit: "Dad's Radio" by cogdogblog, used under a CC BY 2.0 license