The day after the 60th Grammy Awards, no fewer than six students were excited to tell me that “The New Colossus,” Emma Lazarus’ 1883 sonnet that has graced the base of the Statue of Liberty for well over 130 years, was quoted at the music awards ceremony. We had studied the poem in class, comparing the idealistic image of America to the dirty (in more ways than one) society of frauds, drunks, murderers, and rapscallions in the America of a novel published just one year later: Mark Twain’s Adventures of Huckleberry Finn. While it took some time to help students make a focused claim about what a comparison between the two contemporaneous, diverse works reveals, they soon realized both authors share a desire for achieving the best America possible—albeit Lazarus’ rhetoric is one of pride and patriotism while Twain’s satire catalyzes change via shame.

But I daresay the effect of U2 standing on a barge before Lady Liberty, insisting, in the voice of that “mighty woman with a torch,” “‘Give me your tired, your poor,/Your huddled masses,’” offered more of an impression than reading Lazarus’ original words on a classroom handout.

Afterward, a colleague joked, “It’s part of pop culture. ‘The New Colossus’ has been legitimized to students.”

How do we, as educators, make literature relevant and vital to young, media-motivated minds? How can literature—a type of media itself—become more of a social currency, even a lifeline to purposeful living, that is standard rather than exception? How do we make students appreciate literature as a living manifesto of their own lives and not just flat words on a page?

It may seem obvious: find common footing. But it’s one thing to tell students, after reading a piece, “see how much human nature hasn’t changed?” and quite another to inspire them to find out for themselves. Even more, as teachers, we often have to fool them into believing that they’re having an epiphany about a text—even if that message or view is, all along, what we’ve been hoping they’ll discover.

Based upon the response to the U2 / Lazarus match-up, young people are still invested in music. I have been an American Literature educator at both the high school and college level, and one of my favorite eras to teach is Modernism. It is a textured time—war and celebration; expatriates in Paris and the Harlem Renaissance at home; surrealism and cubism, imagism and objectivism. And the music—the throbbing pulse of that era is certainly its jazz-age sounds and dances. It is an era of syncopations in every way.

F. Scott Fitzgerald’s The Great Gatsby lends itself well to interrogation through a musical lens, especially for restless high schoolers. Five years ago, instead of reducing Gatsby to yet another academic essay; instead of watching a film version and comparing it to the novel; instead of assessing students’ level of critical reading via pop quizzes after each reading assignment; I found it time to hack traditional modes of literary reading, discussion, and assessment.

The Great Gatsby Playlist Project was born. Essentially, it is as follows:

By project’s end, students have read deeply, sometimes obsessively, about literature and lyrics. They have written 10-20 literary paragraphs, each beginning with a claim. They have made connections between the lives of the Lost Generation members and those of people today.

What do students gain, personally? Aside from practicing time-management (the project takes longer than they realize), and finding a multi-media approach to Gatsby via original ideas, academic writing, and close-listening, they inevitably recognize, “hey, we’re still a lost generation.” Each year, students conclude music is perpetually loaded with sadness, despair, anger, greed, and unrequited love. Though it can get quite depressing, that is what Fitzgerald’s novel is: a cautionary tale about the danger of nostalgia, overactive imaginations, immorality, and hollow, “meretricious beauty,” to use Fitzgerald’s words.

So, when I assign The Great Gatsby Playlist Project, I am reminding students that they need to close-read life as they do books and song lyrics. I am reminding them to peel back the layers of reality and separate the chaff of fake news from the wheat of truth. I tell them that songs are a literature, and literature is their lives; so, listen well.

‌, this is great! Can you share some of the "theme songs" students came up with? I'm curious. 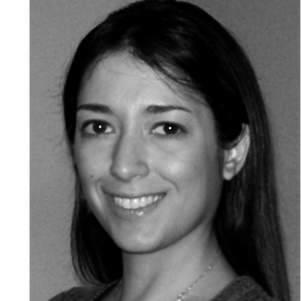 Thanks for the comment, Leah! The songs tend to be diverse in genre and tone, era and theme. I’ve seen “Waste” by Foster the People; “Myth” by Keane; “How Soon is Now?” by The Smiths; sundry Lana Del Ray and Florence and the Machine songs (although, I do tell students they cannot use songs from the 2013 Baz Luhrmann film soundtrack). A lot of Rap and R&B songs (those that focus upon money, wealth, fraud, etc.) also tend to be popular. Even that 1990s song “Barbie Girl” by Aqua has been used. It’s really neat and edifying to see how each student interprets the overarching message(s) of The Great Gatsby and finds that “hook” to keep her connected—and to keep the novel connected to an evolving, progressively media-saturated world.

This is a fantastic idea for an activity that incorporates different artistic forms. Thank you for sharing this project!

Thank you for taking the time to read and reply! I have also had years where students will make album cover art, so we have written, auditory, and visual media responses to Gatsby to discuss and share in mini-presentations. I modify the assignment a bit each year, based upon time in the curriculum.