Childhood Adversity and Trauma as an Invisible Fire

Guest Blogger: Andrew Anastasia (he/him/they) earned his Ph.D. from the University of Wisconsin-Milwaukee where

he worked on bridging conversations between rhetoric and composition pedagogy and social work methodologies. He is Assistant Professor of English at Harper College, a large two-year institution outside of Chicago, Illinois. His current research project is a qualitative case study of relationships between trauma-informed first-year course design and retention and persistence rates. He is also the community manager for ACEs in Higher Education

Adverse childhood experiences (ACEs) and exposure to trauma are relatively common in U.S. children under the age of 18. These experiences range from living with an adult with mental illness, to divorce, to abuse and neglect. The greater the instances of exposure, the more likely it becomes that one will experience negative emotional, behavioral, and health outcomes as an adult.

According to Sacks and Murphey (2018), one in ten children have experienced three or more ACEs, and in some states, that number is one in seven. Over the past decade, educators have learned how intimately tied ACEs and trauma exposure are to behavioral and cognitive barriers in the classroom. This is why trauma-informed approaches to primary and secondary education are gaining traction in the U.S., and why we need to bring trauma-informed approaches to postsecondary education. In my view,  rhetoric and composition teacher-scholars are particularly well-suited to bring this emergent work into the field as part of helping students (and teachers) understand their own rhetorical situations.

If you work in higher education, you’ve likely found that attention to student mental health falls dangerously short. Given the statistics of ACEs trauma and the lack of accessible mental health care at the college level, I have started to describe this gap as “trauma-as-an-invisible fire,” an engulfing threat that feels real and urgent to some but that is often hard to fight, or convince others of its reality.

We know that the majority of students have a history of ACEs (Smyth, 2008), that 61% of college students seeking counseling report anxiety and 41% report depression (Winterman, 2017) and that 66% of college students reported exposure to a Criterion A trauma (Read et al., 2011). Students struggle to access the mental health support they desperately need; the mean ratio of counselor-to-student ratio in the U.S. in 2017 was 1737:1 (Winterman 2017) as colleges across the country outsource counseling services (see “Universities outsource”) or shift to scalable “grit,” “wellbeing,” or “resilience” models that can be implemented without a specialized degree (or a specialized hire).

Yet trauma-informed, ACEs-science work is more difficult to implement than grit or resilience models alone: the fire is invisible in part because it is us, but also because we ignite it in others all the time. For example, I recently sat down with an amazing teacher who wanted to know how to be a more trauma-aware educator. After talking for a while, I asked if she provided an opportunity for students to share their chosen names and gender pronouns. I could tell she was taken aback by my question until I explained that for many genderqueer, non-conforming, and/or trans* people, “deadnaming” students in front of peers can be viscerally terrorizing. The thought never crossed her mind that reading names off the roster and ascribing gender pronouns without asking might participate in racial and gendered microaggressions.

There are concrete steps individuals and systems can take today to avoid such microaggressions and to become more trauma-informed. Nonetheless, I want to caution readers that engaging trauma-informed work is an ongoing process of self-reflection and discomfort. Doing this work justice means doing justice to people, bodies, and experiences one may have been trained to ignore, invalidate, and oppress, including asking whether and how white language supremacy participates in systems of racism linked to ‘root causes of modern trauma.’

With such cautions in mind, here are four practical suggestions for the classroom.

We need not change our course outcomes to account for ACEs trauma. Rigor and the pedagogical benefits of didactic discomfort may create the conditions necessary for our pedagogical goals to manifest. When students are saturated or activated, the stress hormones produced prevent higher-order thinking. Students who feel validated or heard are more likely to stay in class and persist with the tough stuff.

For a primer on the 1998 ACEs study and ACEs science, please see “ACEs Science 101” and “ACEs Primer.”  Also see the appendix for materials that begin to address this question, including additional readings that address  ACEs trauma. 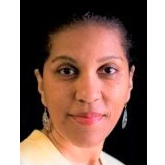