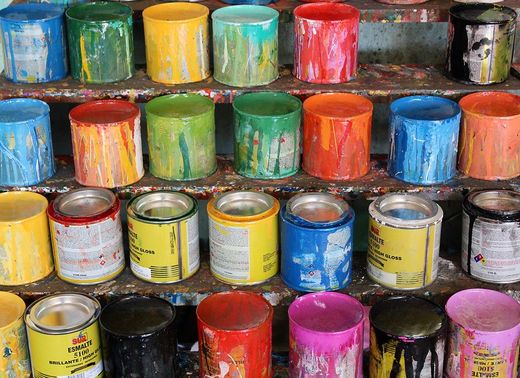 [For Part 1 of “Beyond Standardized English: A Personal Journey,” click here.]

I began trying to put what I had been learning in the 70s and 80s into practice, and in 1993, I added a chapter on “Language Variety” to the first textbook I ever wrote, The St. Martin’s Handbook. This chapter attempted to embody the principles of Students’ Right to Their Own Language and to recognize and value the legitimacy of ALL languages and dialects.

As far as I know, this was the first composition handbook to take such a position, however timid and naive, and it is one I have tried to build on and refine and expand as I have written other textbooks. And I kept trying to learn. One way was through developing a course I taught for years at Stanford and at the Bread Loaf School of English called “The Language Wars.” This course began with the struggle over vernacular literacies in many countries; then moved to the obsessive insistence of early U.S. “settlers” that the native population learn English, no matter what; through the withholding of literacy from indigenous people and African Americans; through the intricacies of “the Ebonics debate;” and to the powerful work of writers of color who were moving beyond—way, way beyond—“standardized” English. Teaching that course was about the most fun I could imagine, especially because, unlike me, my students almost always “got it” immediately and went on to produce brilliant writing that pushed beyond all manner of “standardized” boundaries.

This steep learning curve was, for me, often a painful and humbling journey, one that led me to fully recognize the roles that literacy in general and writing in particular have played in regulating and oppressing many—and to analyze or try to analyze my own motives and complicities. It led me to study and appreciate as many Englishes as I possibly could along with what Peter Elbow calls “vernacular eloquence” and what Carmen Kynard called “vernacular insurrections,” and to approach the teaching of writing and writing development—always—as a learner.

It has also led me back to a renewed appreciation of basic rhetorical principles and particularly to the notion that rhetoric cannot operate when choice is not present. That means that as teachers we must always begin with writers’ choices, with what they want their writing to do, to whom they wish to speak, and why they are writing in the first place. This sense of writing as an act, as a doing, as a making—rather than the mere noting down of thought—is powerful for teachers and students alike. I watched this sense of writing as doing and making grow in the students I followed in the five-year Stanford Study of Writing, as they moved from viewing writing as a perfunctory way to get a grade to viewing writing and especially good writing as “making something good happen in the world.” This same sense of writing as doing is emerging in The Wayfinding Project of Jonathan Alexander, Karen Lunsford, and Carl Whithaus, who reported this finding during the 2021 CCCC meeting.

What I find encouraging about such findings in general, but especially about how teachers of writing can capitalize on them, is that NOW—thanks to persistent and courageous scholars and teachers of color—the tools and strategies students have at their disposal in pursuing writing as doing and making are so much more diverse, more varied, and more powerful in this time of “vernacular eloquence” and “vernacular insurrections.” As Elaine Richardson, Adam Banks, Keith Gilyard, Gwendolyn D. Pough, Vershawn Ashanti Young, Aja Y. Martinez, Damián Baca, Jaime Armin Mejía, John R. Rickford, Christina Devereaux Ramírez, Khirsten L. Scott, Lou Maraj, and scores of other teachers and scholars of color are demonstrating every single day, these strategies—from the deployment of spoken soul to autoethnography, hashtagging, signifying, rhetorical reclamations, narrative framing, and dozens of others—are being used brilliantly by student writers today.

It’s more than high time, then, for white teachers like me not simply to recognize varieties of English as valid and valuable, not just to honor students’ rights to their own languages, not just to teach about these strategies—I’ve been trying to do that for decades—but to invite students to put these concepts into practice, to use strategies characteristic of their own languages and dialects in their own writing-as-doing, all within a rhetorical framework that encompasses their particular purposes for writing, their particular aims and goals for reaching their particular audiences. And it means a lot more learning—in fact, continuous and ongoing learning—as I investigate rhetorical strategies across a wide range of vernacular literacies, and as I engage students in similar investigations.

Most of all, it means continuing to ask all students to join me in investigating the history of “standardized” languages, recognizing the way such regulation has served the forces of systematic racism and much more, and exploring ways to resist such regulation while using all the available means vernacular literacies provide for speaking truths, for connecting with audiences, for moving forward toward more just and more inclusive ways of communicating with one another.

As I’ve said, for me, this has been a steep and often daunting uphill journey, one that is still challenging me to examine my own assumptions and biases, my own blind spots, and my own limited and limiting abilities. But it is also one I continue to embrace with humility—and with hope.

Ahh that is great thank you ! Good for special needs too ! subway surfers