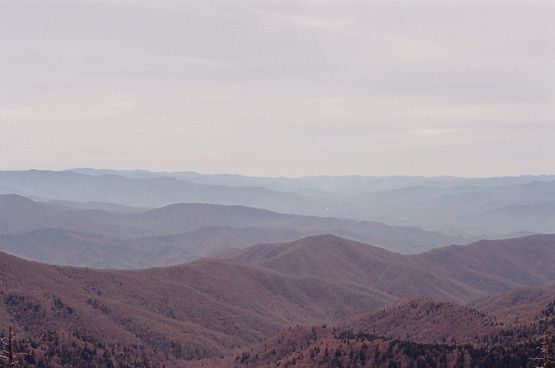 I grew up in the hills of eastern Tennessee, speaking an Appalachian dialect—like everyone else I knew. I expect I spoke mostly so-called “correct” English, but with vocabulary, syntax, and pronunciation characteristic of my home place. No problem—I was like everyone else in my community. Plus I had the significant privilege of being white.

So far, so good. But years later, when I left my home region and got to graduate school, I was taken up short when a person I’d been in two classes with came to me to say he “needed to apologize”: “I haven’t been paying attention to what you have to say in class—I didn’t think you were very smart. It’s your accent, you know: country.”

That would have been in 1972, and it coincided with my growing interest in rhetoric and composition and my commitment to a field I thought might have a chance of bringing pressure to bear on the exclusionary practices of colleges and universities that had long denied or restricted access to many, sometimes because of the way they talked or wrote, but all too often because of their race and/or class.

I was in the CCCC business meeting in 1974 to argue in favor of the Students’ Right to Their Own Language, a statement that taught me as much as (or more than) anything I had learned in grad school to date. It also helped me conceive and develop Ohio State’s Basic Writing Workshop—which focused on the strengths students brought with them rather than on their “deficits”—and the dissertation study that grew out of research I did on that program.

In 1977, in my first post-PhD job, I read Geneva Smitherman’s Talkin and Testifyin: The Language of Black America and Mina P. Shaughnessy’s Errors and Expectations: A Guide for the Teacher of Basic Writing—two books that (amazingly enough) appeared within months of one another and that were absolutely transformational for me as for so many others. I wrote articles advocating for student writers and for access to higher education for all, even as I struggled in my own classes to balance a recognition and respect for all students’ languages and dialects with access to what I thought of as “the language of power”—standardized English. At the time, I was more than anything an advocate for writing and for the empowerment I somewhat naively thought writing could bring to my students, for how writing could help them get their voices and messages out there. That meant, however, that I was also an apologist for writing: in that regard, I still had so much to learn.

The research I carried out in the 1980s with Lisa Ede and with Bob Connors—on collaboration and on error in student writing—helped me begin to see how constructed our notion of “correctness” is and how very arbitrary. I found that what counted as an “error” in one English-speaking country was not considered so in another, and that what constituted “correctness” shifted and changed over time. Duh. I began to study the history of writing and to develop a course on that subject that I taught for years, one that began with the struggle over and rise of vernacular literacies in many countries (for example, England [Chaucer] and Italy [Dante]).

And I began writing textbooks, hoping to put what I was learning about writing into a form that could be useful to students. My first text, The St. Martin’s Handbook, presented “error” and “correctness” as shifting concepts—but as ones that could be very useful to students. Along with Bob Connors, I identified the twenty most common “errors” in first year student writing and showed that these patterns that bothered teachers so much could be eliminated fairly easily—in order to concentrate on more important aspects of writing. I saw these patterns as shifting and mutable and rejected any kind of rule-governed approach to grammar. But I still taught standardized English as an entry point, as a tool to be used to “advance.” In many ways, I was still the Appalachian student who wanted to “fit in,” but I also felt inclined to resist: an uneasy balancing act I was certainly not very good at.

At the same time, I was beginning to have the privilege of working with grad students or color who were doing exemplary ethnographic work with undergrad students of color—students who were using brilliant rhetorical strategies that their white teachers didn’t even recognize, much less value. I was hearing talks by Arnetha Ball and John Baugh (at the 1988 CCCC meeting, for example) about rhetorical strategies and patterns characteristic of African American English. I was reading everything Geneva Smitherman wrote and learning from so many other scholars of color. I was reading Helen Fox and learning about the elegance and power of “ESL writing.” And I was reading Elspeth Stuckey’s furious and groundbreaking The Violence of Literacy.

Thanks to the work of these and other scholars, I was finally beginning to put two and two together, to take a long, hard look at my assumptions and to understand, fully understand, that while writing and writing pedagogies could at times be empowering and liberating, they also could and did constrain, suppress, and silence many of the students I was most interested in and most wanted to teach—that my attempt to find a middle ground, a “both-and” approach to language and language variety was at least partly self-delusional. Twenty years of thinking and listening and researching is a long time to “get it,” which is just one more testament to how deeply entrenched the idea of standardized English was as a means of access and empowerment. I was a slow learner, for sure. But I was learning.