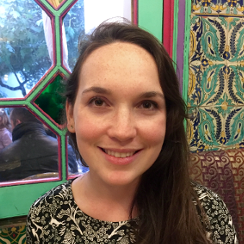 My favorite part of that first class session, during which my introductory creative writing students watch me with equal parts eagerness and trepidation, is when I tell them, “Regardless of your major or why you signed up for this course, for the next fifteen weeks, please consider yourself a writer.”

Many of them will also be doing something else that all writers do at least some of the time: coming up with reasons to put off writing.

One key difference between less experienced writers and more experienced writers is that the latter know full well the sin they’re committing. Newer writers, however, often harbor the comforting belief that their writing comes out better if put off and done last-minute. Even advanced undergraduates will sometimes enter class claiming that their best work gets done the night before an assignment is due. Adrenaline, etc.

A goal for me each semester, particularly in introductory classes, is to get across the notion that writing takes time. And while time alone won’t necessarily yield good writing, time is nonetheless a prerequisite. In practice, this means giving out assignments early and often that get pen to paper (or fingers to keys). It’s actually a hard lesson to communicate, this possibility that starting early and writing every day might just result in more successful stories and poems. I’ve tried everything from “confession sessions” to handing out snapshots of Richard Simmons—the ultimate motivator—to hang up in their workspaces. I’ve been developing a new idea involving dinosaurs, flashlights, and the Harlem Globetrotters, but I don’t want to give away too much.

Truthfully, my most successful approach has been the most straightforward: I try to keep the discussion alive throughout the term. And every semester, at least a few “last-minute” writers will make a breakthrough in their work simply because they gave it more time—though I would love to hear other instructors’ strategies.

Best wishes for the new semester!