Action from the Abstract 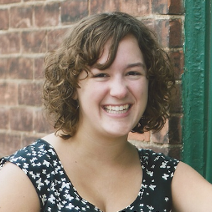 My fiction students came to a unanimous conclusion this semester: writing scenes without abstract language is hard. How are we supposed to make sure the reader understands what the characters are thinking and feeling without explaining everything?

I acknowledged with my students there are some instances in writing where abstract language is necessary. However, my students often over-explain the feelings and emotions that their characters are experiencing; or alternatively, my students use an emotion to describe a character’s state of being, but it is unclear how the character acts upon that feeling.

I’ve challenged my students this semester to “show a lot, tell a little, and never explain,” a course concept borrowed from nonfiction writer Phillip Lopate. By this, I ask students to write in action, with clear details and careful observations, as much as possible and to insert external information and backstory only when necessary. If students show and tell well, then they’ll never need to explain how a character is feeling or why a character takes the actions she does. Both will be obvious from the scene.

To help my students practice writing without abstract language, I developed an in-class exercise that asks them to pair emotions with clear, concrete actions. I made a deck of cards with common phrases centered around an emotion that I frequently see in student writing: she felt anxious, he was confused, they were in love, and so on.

We first did an example together as a class with the phrase they were uncomfortable. At the board, my students and I sketched out a scene of a Thanksgiving dinner and a small cast of characters—parents and two children. We decided on a reason for discomfort in the room: both children have announced they wouldn’t be coming home for Christmas.

Then, I asked my students to take on the roles of the characters and act out what their discomfort might look like. Several slouched in their chairs, some played with imaginary forks, or poured themselves an imaginary glass of wine. We discussed how each action reflected discomfort of the characters without ever using the phrase they were uncomfortable.

One student, a mother herself, even took on the role of the mother at the table, choosing to drop her shoulders, roll her eyes to the ceiling, and frown at her shoes. After laughing at her dramatic performance, we all agreed. She was disappointed.

Then it was time for the students to try on their own. I dealt each student a card with a different phrase, and I asked them to put the emotion into a paragraph or two of action and dialogue on the backside of their card. Once the students had completed their writing, I collected the cards and read the action pieces out loud.

Students then shared the emotions they heard in the pieces I read. Some were exactly right in identifying the phrase, such as he was self-conscious. Other peers saw anxiety, worry, and nervousness—all appropriate interpretations of the moment. Together, we discussed the possibility of readers interpreting actions slightly differently and how the creation of a full scene could provide enough context so that readers would understand what was happening. At the conclusion of the exercise, my students expressed their desire to incorporate movement as part of their writing to get the actions of their characters just right.

I was impressed that in such a short time so many of my students successfully captured different emotions and ideas in action without any explanation. When their peers correctly identified the corresponding ideas, they saw concrete ways of showing and telling without explaining, and the power of trusting their readers.

About the Author
Allyson Hoffman is an MFA fiction candidate and graduate teaching assistant at the University of South Florida where she teaches creative writing, professional and technical communication, and composition. Her creative writing has appeared or is forthcoming in Alaska Quarterly Review, The Rumpus, Midwestern Gothic, and elsewhere. She is currently at work on a collection of linked short stories, Services, set in her home state of Michigan. She enjoys hiking, kayaking, and swing dancing.
Topics