Why Do Americans Spend Much More on Health Care, Yet Die Sooner?

The history of Americans' health is, first, a good news story. Thanks to antibiotics, vaccines, better nutrition, and diminished infant mortality, life expectancy-at-birth has doubled since 1880—from 38 to 79 years. For such a thin slice of human history, that is a stunning achievement. Even amid a pandemic, be glad you are alive today.

The recent not-good news is that, despite doubled per-person health-care spending compared to other rich countries, U.S. life expectancy is lower—and has been declining since 2014. 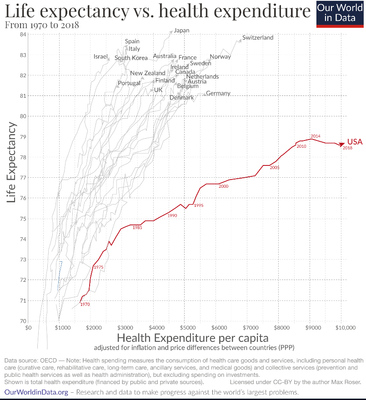 Can you guess why Americans, despite spending more on their health, are dying sooner?

And how might we expect the pandemic to affect the U.S. life expectancy standing? The half-million U.S. COVID-19 deaths in the pandemic’s first year have, per capita, been matched by the UK and Italy, but are roughly double those of other European nations, and many times more than collectivist East Asian countries. 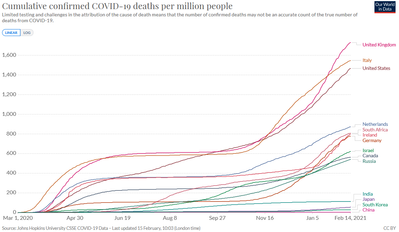 For its often mask-defying rugged individualism, the U.S. has paid a heavy price. Moreover, as Nathan DeWall and I report in our forthcoming Exploring Psychology, 12th Edition (with data from Carnegie Mellon University), there has been a striking -.85 correlation across states between mask wearing and COVID-19 symptoms. Less mask wearing—as in the mask-resisting Dakotas, Wyoming, Idaho, and the Southern states—predicts more COVID-19. The Centers for Disease Control observed the same correlation across U.S. counties during 2020: COVID-19 cases and deaths increased in U.S. counties that reinstated in-person dining or not requiring masks. 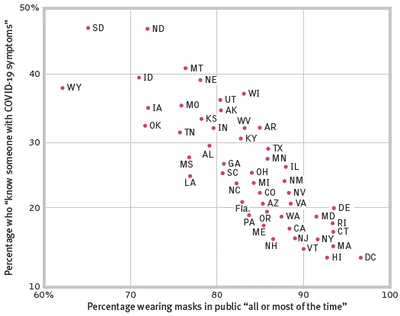 As Max Roser notes, the factors that predict Americans’ dying sooner—smoking, obesity, violence, opioids, poverty, and likely COVID-19—are less about better healthcare for the sick than about averting health problems in the first place. As Benjamin Franklin anticipated, “An ounce of prevention is worth a pound of cure.”