In my circle of friends—yours, too?—there is palpable anxiety bordering on despair. They see relationships and health disrupted by a plague with no end in sight, and politics that have descended into warring tribes and broken pledges.

Progressives bemoan betting markets that give better than a 40 percent reelection chance to a U.S. president who lampoons mask-wearing, foments racism, threatens democracy, dodges taxes, and rejects climate science, and a future Supreme Court that’s likely to advance right-wing priorities for a generation to come.

Conservatives lament the arc of history trending away from them as the nation becomes increasingly diverse, secular, and progressive—making their current ascendance “the dying spasms of a political movement.”

My friends are not alone in their angst. In a September, 2020 Gallup Poll, 85 percent reported being dissatisfied “with the way things are going in the United States.” Other U.S. surveys similarly find that a decided majority perceive things as on “the wrong track,” “headed in the wrong direction,” or going “badly.” An internet meme captures the sentiment: “Goodnight moon. Goodnight Zoom. Goodnight impending sense of doom.”

If you—from either side of the political spectrum—share some of this anxiety and anguish, and for good reasons, might I point you to three evidence-based information sources that could complement your malaise with a splash of longer-term optimism?

First, those on Twitter can sign up for the daily good news fact from Beautiful News Daily. An example: 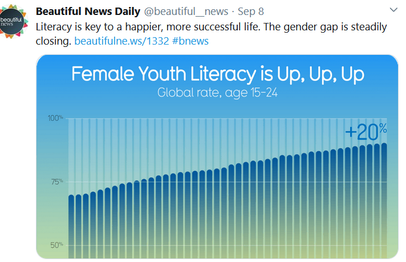 Second, read my psychologist colleague Steven Pinker. In The Better Angels of Our Nature he cogently documents the long-term decline of all forms of violence, including wars, genocide, and murders. That includes the U.S., where violent as well as property crime—and hostility toward women and LGBTQ folks—have sharply declined since the early 1990s. Pinker’s newer Enlightenment Now documents many other ways—from the environment to life expectancy to human rights to quality of life—in which the world is getting better.

Bill Gates lauds that latest Pinker book as “the most inspiring book I’ve ever read,” and also praises Hans Rosling’s kindred-spirited Factfulness: Ten Reasons We’re Wrong About the World—and Why Things are Better Than You Think as “one of the most important books I’ve ever read.”

I know, I know: We must not look past lingering systemic racism, the looming climate crisis, or the world’s recent increase in human suffering. The current situation gives us reason for gloom. Climate change, especially, looms as a future weapon of mass destruction. Nevertheless, Rosling, along with his coauthors Ola Rosling and Anna Rosling Ronnlund, offer an antidote for utter despair. My eyes were opened as Factfulness compared a) people’s gloomy perceptions of long-term trends with b) factual long-term trends, such as those below.[i]  (For more such information, visit their Gapminder.org.) 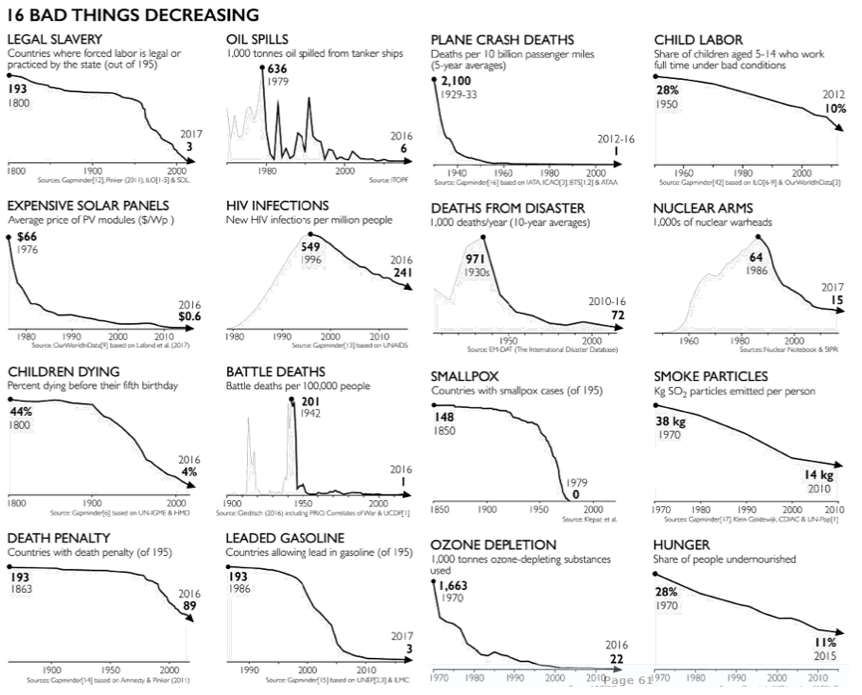 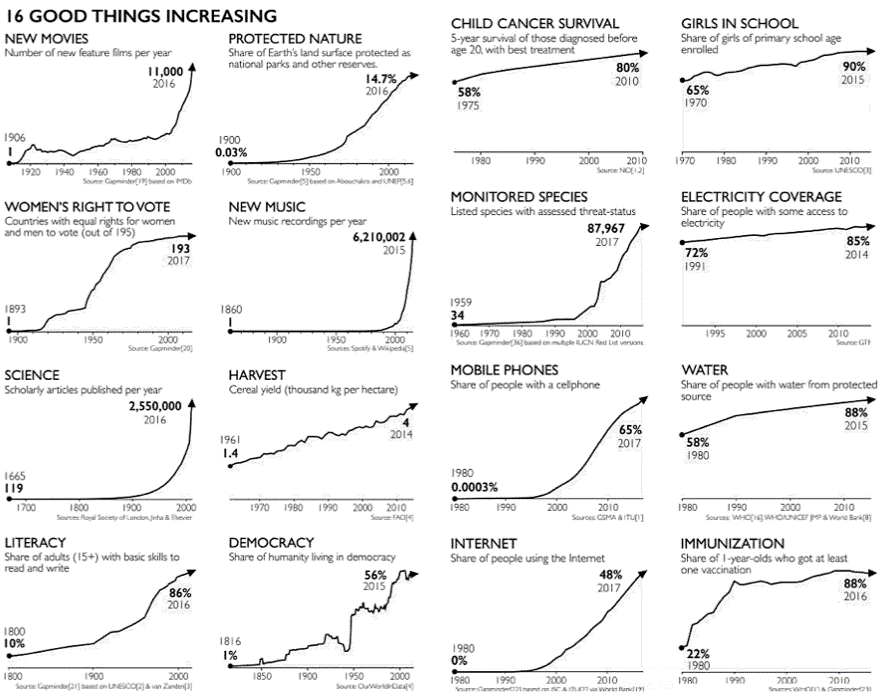 There are justifications for today’s anxiety and angst. Yet even amid our epoch of incredulity and winter of despair, let us also retain sight of the light and the enduring spring of hope.

(For David Myers’ other essays on psychological science and everyday life, visit TalkPsych.com; follow him on Twitter: @DavidGMyers)