The Happy Science of Micro-Friendships

“No act of kindness, however small, is ever wasted.”
~Aesop, The Lion and the Mouse

As Aristotle recognized long ago, we are social animals. “Without friends,” he observed in Nicomachean Ethics, “no one would choose to live.” Cut off from friends or family—alone in a foreign land, isolated during a pandemic, or separated by a death—people acutely feel their lost connections. Thanks to our distant ancestors surviving in groups that collectively hunted, shared, and protected, nature has endowed us with a powerful need to belong.

Our deeply social nature is revealed by the contribution of social support to our health and happiness. Folks who have close friends—people to whom they freely disclose their ups and downs, who rejoice with them over good news and commiserate over bad—live more happily and longer. In contrast, being ostracized, excluded, or shunned—your texts unanswered, your online friend ghosting you, others avoiding you—causes real emotional and physical pain. Loneliness is less a matter of being alone than of feeling ignored, dismissed, or uncared about. We are designed for relationships.

It’s understandable, then, that with fewer pandemic-era face-to-face meetings, parties, and coffee klatches, people’s mental health has suffered. Separation from our nearest and dearest has taken an emotional toll. But what about those fleeting interactions—a brief chat in passing, a friendly exchange with the mail carrier, a wee blether with the ride share driver? Do these pandemic-diminished micro connections also feed our souls? The consistent verdict of some inspiring social experiments is Yes.

Bantering with a barista. University of British Columbia researchers Gillian Sandstrom and Elizabeth Dunn offered patrons entering Starbucks a $5 gift card to participate in a simple experiment. After consenting, half were randomly assigned to be respectful but efficient when interacting with the barista (“have your money ready, and avoid unnecessary conversation”). The others were assigned to be social (“smile, make eye contact to establish a connection, and have a brief conversation”). When later exiting the store, those assigned to be social reported feeling more positive emotion, less  negative emotion, and greater satisfaction with their Starbucks experience.

Reaching out to a stranger. In multiple experiments, University of Chicago researchers Nicholas Epley and Juliana Schroeder similarly offered Chicago commuters a $5 gift card for completing a randomly assigned task: to a) do as they would normally do on their train or bus, b) sit in solitude, or c) strike up a conversation with a stranger (“try to get to know your community neighbor this morning”). Although most people expected the attempted conversation would be awkward, the surprising outcome was positive—they were in a happier mood upon finishing their ride. Moreover, the intentional friendliness created an equally happy experience for both extraverts and introverts.

The delight of compliments received—and given. In five experiments, University of Pennsylvania researchers Erica Boothby and Vanessa Bohns observed the unexpected power of compliments. In one, they instructed compliment-givers to approach strangers, observe “something about them that you like” (often their hair or clothing), and compliment them on it. Although the compliment-givers expected the compliment-receivers would be a bit put off, perhaps feeling their own awkwardness, the consistent result was the opposite: The little act of kindness was warmly received. Even the compliment-giver felt better afterwards.

Engaging with a bus driver. At Turkey’s Sabanci University, Gül Günaydin and colleagues wondered if greeting, thanking, or expressing good wishes to campus shuttle drivers would boost commuters’ happiness. A survey revealed that those who routinely did so were happier. But maybe happy people are just friendlier? To pin down cause and effect, they experimented. They gave some commuters an envelope with instructions to do as she reports Turks normally do: to not speak with the driver. Others were asked to smile, make eye contact, and say something like “Thank you” or “Have a nice day.” When later hopping off the bus, the friendly-acting commuters were feeling happier.

The moral of the story: “Prosociality” doesn’t just brighten others’ days, it brightens one’s own. When the pandemic ends, and our facial expressions are no longer masked, we will surely savor our renewed connections—even our micro connections.

I wondered: Does the lesson of these studies ring true in my Facebook friends’ everyday lives, as it does in mine? So I asked them: Can you recall happy experiences of humanizing brief interactions—either as giver or as receiver?

Dozens of heart-warming replies flooded in. 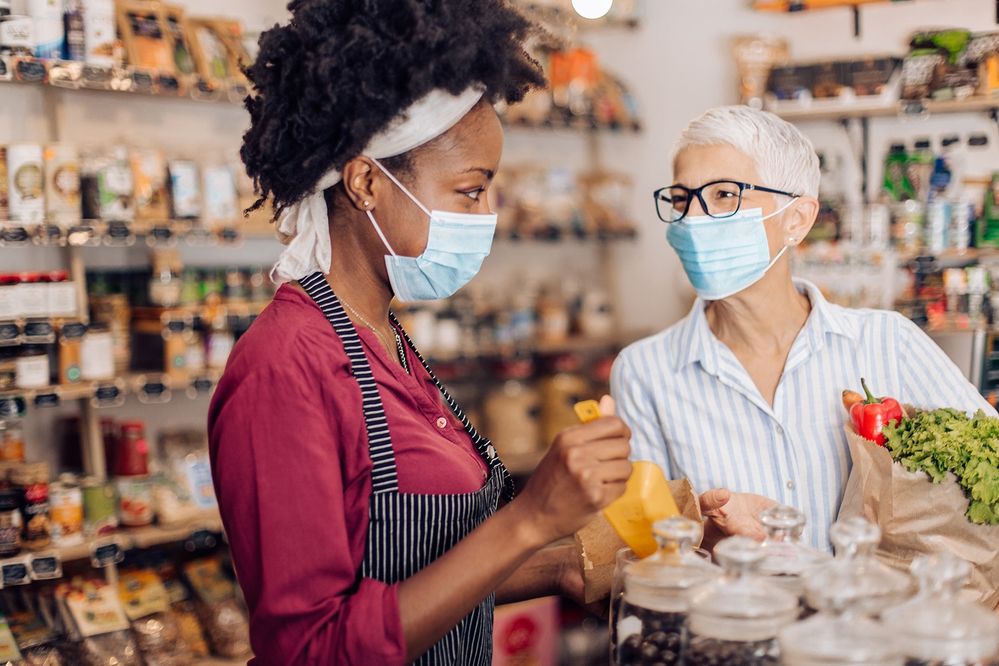 Many recalled the happy results of reaching out to homeless people, grocery store clerks, tradespeople, taxi drivers, and fellow hikers, campers, or dog-walkers. Teachers reported, during the pandemic, missing “the short conversations outside of class time—in hallways, in the lunch line, at the door on the way into or out of school . . . the little blessings [that] enrich my day and my membership in the community.”

Others recalled how, with repeated brief encounters, miniature but meaningful relationships arose. Repeated micro interactions with restaurant servers, corner shop owners, or pharmacists grew into fondness: “On our daily walk past a hotel to our Tokyo train station we got to ‘know’ a friendly bellhop on a first name basis, with updates on her life. She would often run out and wave most enthusiastically greeting us.”

Some noted the prevalence of micro interactions in certain cultures. A friend reported that, in Malawi, “we had grown used to these kinds of micro friendships” as people exchange pleasantries with passersby on the street, and with the vegetable and fruit-sellers. “If they have their babies with them you greet them, too. Eventually you see that the baby is now in school and there is another one on the way, so you feel you have gotten to know them through a series of small exchanges over the years. When we left Malawi to return to the U.S. our daughter noticed the difference. She asked us, ‘Have I disappeared?’ When we asked why she said, ‘No one greets me!’”

Others were inspired by observing micro kindnesses, such as from a spouse who engages in a “spray of random acts and words of kindness”—given to clerks, delivery people, or the adjacent person at a concert “with a smile and chat that leaves them smiling in return.” Another admired a friend who “will often meet someone—perhaps just for a moment—and take the time to tell them something strikingly wonderful about themselves.”

My friends also recalled receiving kindhearted gestures from strangers—from a 7/11 store owner having dog treats ready, a Red Cross nurse giving infusions with a personal conversation, or a fellow airplane passenger, who, on landing, complimented a mom of three young children. “‘You were very patient.’ Music to my ears and heart.”

One woman, stressed by managing a clinic at the pandemic’s beginning, stopped by Walgreens to console herself with “a family-sized bag of chocolate.” The cashier, “a young 20-something man, asked me if I’d come all the way to the store just for chocolate. I said yes, it had been a bad day. He then asked me why and I just burst into tears. His genuine interest and compassion were so validating and humanizing that the flood gates broke. He probably thought he made my day worse . . . but he really made my day better and I think I will never forget the kindness of this young guy toward a hot mess 40-something mom.”

Sometimes micro kindnesses are, indeed, long remembered. One man recalled that “When I was a college student, I used to smile and greet the only other dark-skinned Mexican on campus (a small California college). The other students used to mock him for his [older] age, quirky personality, and appearance. We never had classes together so I never really got to know him. But at graduation he approached me tearfully and thanked me for my frequent smiles and greetings. He told me that often it was the only kindness he would experience for long periods at the college, and that it helped him get through.”

Another told of seeing an older, white-haired man buying roses and chocolates. “I smiled at him and commented, ‘How nice! Someone special will love receiving those on Valentine’s Day.’ He turned to me, made intense eye contact, and said, ‘They are for my wife. I am giving them to her today. We just found out that she has leukemia.’ Then we just gazed at each other for a few seconds, searching each other's souls, it felt like. He wanted, needed a response. I asked God for words, and to perceive exactly what he needed. I finally said from my own heart, ‘Every woman dreams of finding someone like you to love her forever, no matter what.’ It happened so fast. The gratitude that swept over his face melted into a smile. He really needed someone to see him and hear him, exactly where he was in that moment, I think. ‘I'll take good care of her,’ he said as he left, his voice stronger. ‘I know you will,’ I said back, lifting a silent prayer of thanksgiving.”