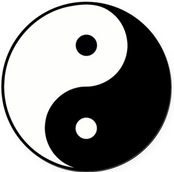 Psychology, too, embraces paradoxical truths. Some are more complementary than contradictory:

As I have documented, in each case the answer depends on whether we compare places or individuals:

As sociologist W. S. Robinson long ago appreciated, “An ecological [aggregate-level] correlation is almost certainly not equal to its individual correlation.” Thus, for example, if you want to make religion look good, cite individual data. If you want to make it look bad, cite aggregate data. In response to this paradoxical finding, Nobel laureate economist Angus Deaton and psychologist Arthur Stone wondered: “Why might there be this sharp contradiction between religious people being happy and healthy, and religious places being anything but?”[2]

To this list of psychological science paradoxes, we can add one more: the gender-equality paradox—the curious finding of greater gender differences in more gender-equal societies.

You read that right. Several research teams have reported that across several phenomena, including the proportion of women pursuing degrees in STEM (science, technology, engineering, and math) fields, gender differences are greater in societies with more political and economic gender equality.

In the February, 2022, issue of Psychological Science, University of Michigan researcher Allon Vishkin describes “the myriad findings” that societies with lower male-superior ideology and educational policy “display larger gender differences.” This appears, he reports, not only in STEM fields of study, but also in values and preferences, personality traits, depression rates, and moral judgments. Moreover, his analysis of 803,485 chess players in 160 countries reveals that 90 percent of chess players are men; yet “women participate more often in countries with less gender equality.”

Paradoxical findings energize psychological scientists, as we sleuth their explanation. They also remind us of Bohr’s lesson. Sometimes the seeming opposite of a truth is another truth. Reality is often best described by complementary principles: mind emerges from brain, and mind controls brain. Both are true, yet either, by itself, is a half-truth.

[1] I first read this unsourced quote in a 1973 article by social psychologist William McGuire. Neils Bohr’s son, Hans Bohr, in his biography of his father, reports that Neils Bohr discerned “two sorts of truths, profound truths recognized by the fact that the opposite is also a profound truth, in contrast to trivialities where opposites are obviously absurd.”

[2] For fellow researchers: The paradox is partially resolved by removing income as a confounding factor. Less religious places also tend to be affluent places (think Denmark and Oregon). More religious places tend to be poorer places (think Pakistan and Alabama). Thus, when we compare less versus more religious places, we also are comparing richer versus poorer places. And as Ed Diener, Louis Tay, and I observed from Gallup World Poll data, controlling for objective life circumstances, such as income, eliminates or even slightly reverses the negative religiosity/well-being correlation across countries.