Our Worldview Predicts Our Politics and Behavior

Which of these worldviews (from an Economist—YouGov poll) comes closest to your view? 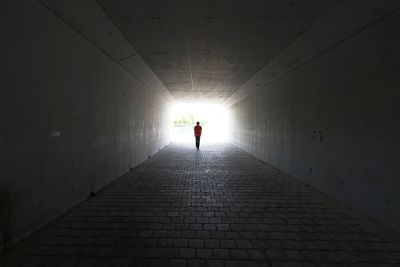 Humanistic psychologist Carl Rogers recognized cruelty but did “not find that this evil is inherent in human nature.” Instead, he argued, evil springs from toxic cultural influences. Fellow humanistic psychologist Rollo May disagreed, noting that “The culture is evil as well as good because we, the human beings who constitute it, are evil as well as good.”

But if our minds of late are filled with images of evil—senseless police killings; anti-Black, anti-Asian, and anti-Semitic sentiment and violence; anti-vax conspiracy spreaders—we also have abundant images of human generosity: of anti-racism initiatives and self-sacrificing health care workers. Our capacity for selfless altruism also appears in psychological science:

Still, on balance, is the world “mostly full of good people”? Or does the threat of terrorists, criminals, and immigrants loom larger?

Our answer to that worldview poll question matters. Of Biden voters, 77 percent saw a “big, beautiful world” mostly populated by good people. Of Trump voters, only 21 percent saw that world; 66 percent perceived a more threatening world. Our worldview can foretell our politics.

Now consider a second question: How large is the circle of people with whom you identify and about whom you care? Does it include the people in your community? Your country? The whole world?

As the COVID-19 pandemic raged, a University of Washington research team put that issue to people from 80 nations, asking various questions to gauge their identification with their community, their country, and all of humanity: “How much would you say you care (feel upset, want to help) when bad things happen to people in my community? My country? All over the world?” Then, they investigated: What best predicted people’s willingness to follow pandemic public health guidelines? To engage in prosocial behaviors, such as donating from their own household mask supply to a hospital? To come to the aid of someone with COVID?

The striking finding: Compared with identification with one’s own community and nation—as well as other predictors, such as age, gender, and education—identification with all humanity was the runaway winner. Psychologist Andrew Meltzoff explained: “Our research reveals that a crucial aspect of one’s world view—how much people feel connected to others they have never met—predicts people’s cooperation with public health measures and the altruism they feel toward others during the pandemic.”

Social psychologists offer many examples of how specific attitudes (toward exercise, toward religion, toward one’s workplace) predict behavior. As these studies demonstrate, our larger worldview matters, too. So what do you think? Is human nature, at its core, mostly good or mostly evil? And how wide is your circle of care and concern?"