Online Gambling and the Seductive Power of Psychological Principles

If you live in one of 30 U.S. states with recently legalized sports betting, you’ve surely noticed: Your online media and television have been awash with sports betting ads from DraftKings, FanDuel, Caesars Sportsbook, and more. For this, we can thank the 2018 U.S. Supreme Court’s overturning of the sports betting ban, which also led the NFL in 2021 to allow sports betting ads even during its broadcasts and live-streams.

With the deluge of ads, which sometimes offer new customers free money to lure initial bets, the gaming industry hopes to hook new betters and expand its customer base from the current 50 million or so Americans who gamble on sports.

For most, the few dollars wagered may be nothing more than a bit of exciting fun. But for some—those who develop a gambling disorder—the betting becomes compulsive and debilitating, as gamblers crave the excitement, seek to redeem their losses, and lie to hide their behavior. Family finances suffer. Bankruptcies happen. Divorces result.

And with the sports betting floodgates now opened, problem gambling is increasing. “The National Problem Gambling helpline is receiving an average of more than 22,500 calls a month this year,” reports the Wall Street Journal, “up from a monthly average of about 14,800 last year.” 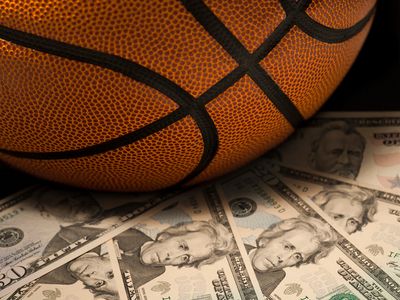 It’s no secret that, over time, the house wins and gamblers nearly always lose. So how does the gambling industry manage to suck nearly a quarter-trillion dollars annually from U.S. pockets? Are state lotteries, like Britain’s National Lottery, merely (as one of my sons mused) “a tax on the statistically ignorant”? (My state’s lottery pays out as winnings only 61 cents of each dollar bet.)

The judgment-altering power of the availability heuristic. As Nobel laureate psychologist Daniel Kahneman has shown, people tend to estimate the commonality of various events based on their mental availability—how readily instances come to mind. Casinos have the idea. They broadcast infrequent wins with flashing lights, while keeping the far more common losses invisible. Likewise, gamblers, like stock day-traders, may live to remember and tell of their memorable wins, while forgetting their more mundane losses.

Illusory correlations feed an illusion of control. People too readily believe that they can predict or control chance events. When choosing their own lottery number (rather than being assigned one), people demand much more money when invited to sell their ticket. If assigned to throw the dice or spin the wheel themselves, their confidence increases. Dice players also tend to throw hard if wanting high numbers, and soft for low numbers. When winning, they attribute outcomes to their skill, while losses become “near misses.” Losing sports gamblers may rationalize that their bet was actually right, except for a referee’s bad call or a freakish ball bounce.

Difficulty delaying gratification. Those who from childhood onward have learned to delay gratification—who choose two marshmallows later over one now (as in the famous “marshmallow test” experiment)—become more academically successful and ultimately productive. They are also less likely to smoke, to commit delinquent acts, and to gamble—each of which offer immediate reward, even if at the cost of diminished long-term health and well-being. The gaming industry seeks present-minded rather than future-minded folks. They aim to hook those who will elect that figurative single marshmallow satisfaction of today’s desire over the likelihood of a greater deferred reward.

Each of these psychological dynamics has its own power. When combined, they help us understand the gaming industry’s lure, and, for some, its tragic addictive force.