Walking down the hall to my Holland (Michigan) ear doctor’s office, I pass an office of Neurocore Brain Performance Centers, a company started in nearby Grand Rapids and whose website declares that its

Holland Center offers testing and drug-free, science-based treatment options for a number of conditions. These include depression, anxiety, ADD, ADHD, autism and sleep disorders. Utilizing brainwave analysis [without] using medication, we focus on positive reinforcement and repetition to train your brain to function better and reduce or eliminate the symptoms of ADHD, depression, anxiety or insomnia.

That’s quite a list, with 90+ percent improvement rates claimed for several of them on the Neurocore website. A now-famous local high school grad—Washington Redskins quarterback Kirk Cousins—touts Neurocore’s powers.

Such claims evoke déjà vu for quack snake oil regimens which once similarly promised cures for a host of ailments. Is there evidence to support Neurocore claims? Or are they no more credible than those for “brain training,” which psychological scientists have found to be overhyped.

So, what has psychological science reported concerning this “science-based treatment” (which has been available since 2004)? My search of the psychological literature, courtesy of PsycINFO, turned up this result:

A search of abstracts (“ab”) in the ProQuest Health and Medicine database yielded the same:

According to the Times, Neurocore’s chief medical officer, Dr. Majid Fotuhi, reports that Neurocore will soon be publishing its results in “peer-reviewed scientific” publications.

When faced with questionable claims, science has a simple procedure: test them to see if they work. If its predictions are confirmed, so much the better for the claim. If they crash against a wall of data, so much the worse.

Sometimes, to be sure, the results astonish us. As a treatment for intractable depression, electroconvulsive therapy often works, for reasons we don’t yet fully understand. Who would have guessed? But often, as Nathan DeWall and I report in Psychology, 11th Edition,

science becomes society’s garbage disposal, sending crazy-sounding ideas to the waste heap, atop previous claims of perpetual motion machines, miracle cancer cures, and out-of-body travels into centuries past. To sift reality from fantasy, sense from nonsense, therefore requires a scientific attitude: being skeptical but not cynical, open but not gullible.

“To believe with certainty,” says a Polish proverb, “we must begin by doubting.” 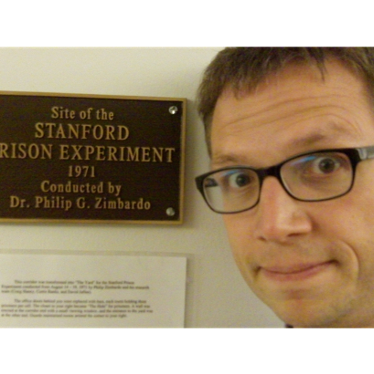 They do this in Scientology. It's called auditing and they use an e-meter (electropsychometer).