Misinformation and Education in a Post-Truth World

For us educators, few things are more disconcerting than the viral spread of misinformation. Across our varying political views, our shared mission is discerning and teaching truth, and enabling our students to be truth-discerning critical thinkers. We sometimes fail, and we do have our biases. Yet our charge, across our diverse perspectives, is to teach reality-based, evidence-supported thinking.

Perception: Crime is rising. Seven in 10 Americans believe it, reports Gallup. Donald Trump echoed and reinforced that perception, arguing that “crime is rising” and in inner cities “is at levels that nobody has seen.” Hence, he argued, we need a get-tough response.

Fact:           Immigrants who are poor and less educated may fit our image of criminals. Yet some studies find that, compared to native-born Americans, immigrants commit less violent crime.

Perception: Unemployment has worsened. Especially in the Rust Belt states, such as Michigan where I live, many voters expressed frustration with the loss of good manufacturing jobs. “Our real unemployment is anywhere from 18 to 20 percent,” argued candidate Trump.

Fact:           It’s true that the national employment rate includes “underemployed” people—those who are without good jobs and who long for better jobs. Yet the good news fact is that wages are rising, some industries are facing a worker shortage, and today’s 4.9 percent unemployment is sharply less than during the recession-era doldrums of 2009:

The Oxford English Dictionary’s just-announced word of the year is post-truth: “relating to or denoting circumstances in which objective facts are less influential in shaping public opinion than appeals to emotion and personal belief.” A current New Yorker cartoon captures the post-truth spirit. Facing three contestants on the “Facts Don’t Matter” quiz show, the moderator explains: “I’m sorry, Jeannie, your answer was correct, but Kevin shouted his incorrect answer over yours, so he gets the points.”

My misinformation examples are admittedly partisan (though several analyses, such as here and here, indicate that the top fake news stories of the recent U.S. election were similarly partisan). But the social dynamics that explain widely believed misinformation cross partisan lines. Thus in the United States in the late 1980s, most Democrats believed inflation had risen under Republican president Ronald Reagan (it had dropped). In 2010, most Republicans believed that taxes had increased under Democratic president Barack Obama (for most, they had decreased).

Some misinformation is fed intentionally, for profit—“lies in the guise of news,” explained Nicholas Kristof in describing how Macedonian teens built fake news websites that attracted links, and advertising dollars. Nefarious motives, as in reports of Russian-planted fake news, may also have been at work.

Other misinformation is a natural byproduct of the real news we’re fed. If it bleeds, it leads. In 2015, report David Bornstein and Tina Rosenberg, six of the top ten Associated Press news stories were about gruesome violence. Thanks to the “availability heuristic” (our tendency to judge the frequency of events by how readily available they are in memory), it’s entirely unsurprising that Americans grossly overestimate their risk of being victimized by crime and terror.

Biased information is additionally fed by the echo chambers of today’s social and cable media. As one who cut his eye teeth in psychological science with studies of “group polarization,” I am sheepishly aware of the extent to which most of us (me, too) tend to read blogs and Facebook news from those who think like we do, and to watch news programming (whether Fox or MSNBC) that supports rather than challenges our ideas. What a change from my youth and young adulthood, when news came from three centrist TV networks, and before today’s Internet-facilitated partisan tribalism.

Mindful of this challenging reality, I’m supporting “Better Angels”—a new, ten year initiative aiming to depolarize America. It will take an enormous effort, given the ease and speed of spreading misinformation, and the way the Internet readily connects like-minded partisans and amplifies their shared ideas. But for us educators, the mission of alerting students to the social dynamics of misinformation, and teaching an evidence-based reality, has never been more important. 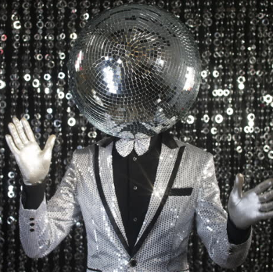 This is really part of a larger classroom skill set about critical thinking and being an educated consumer of information. In addition to psych-content, I try to include instruction about considering sources. What data is trustworthy and how do we know it? These are useful conversations to revisit with students and expand to other courses as well.