Meet Jack and Jill as they march up the hill to buy a new vehicle. Hoping to save gas costs and benefit the environment, they are wavering between two options:

Question: Assuming they drive both vehicles the same number of miles, which purchase would most reduce their gas consumption?

I thought so, too, until a  mutual friend alerted me to social psychologist (and Duke business professor) Richard Larrick’s studies of the MPG illusion (see here and here).

To see the MPG illusion in action, let’s do the math, assuming that Jill and Jack drive each car 15,000 miles a year and pay $3.00 per gallon for gas:

We can cure the MPG illusion by reframing reported fuel efficiency as GPM—gallons per mile, rather than MPG—miles per gallon. When buying, isn’t that what we need to know: not how far can we drive on a gallon, but rather how many gallons must we buy to drive this car?

MPG is also useful—it tells us whether we can make it home before needing to refuel. But when purchasing a car, it’s gas consumption, not MPG, that matters most. 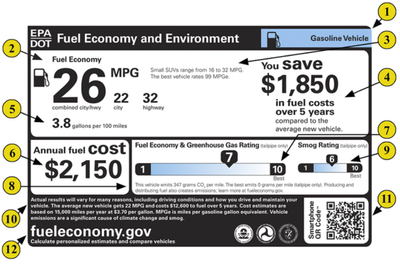 Larrick and his colleague Jack Soll report that when people stop to consider the GPM framing, most do then make fuel-smart judgments. And when people think smarter about fuel savings—when, for example, they realize that increasing fuel efficiency from 10 to 20 mpg will save twice as much as a 20 to 40 mpg increase—public energy conservation policies can become smarter as well. GPM framing helps us prioritize getting the most fuel-inefficient vehicles out of sales rooms and off the road. 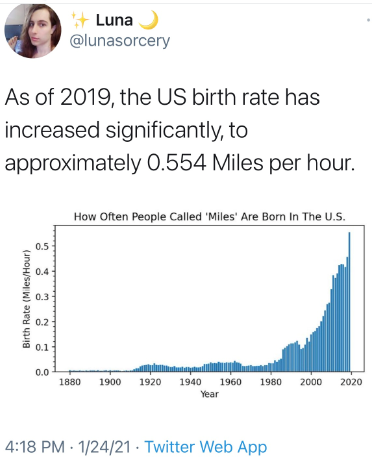