Are We Humans Basically Good or Bad?

Our minds overflow with images of evil . . . of senseless killings of innocent people; of white supremacist marchers; of conspiracy theories and barefaced lies spreading from on high. And we are uplifted by images of goodness . . . of national heartache and empathy for the targets of racism; of volunteers sewing face masks and staffing food banks; of health care workers risking their own health to care for those alone near death’s door.

In his 1665 Maxims, French moralist François La Rochefoucauld noted that our “natures are like most houses—many sided; some aspects are pleasant and some not.” So it is with humans. We are capable of such vile hatred and brutal violence, and of such compassionate altruism and self-giving love.

But which, in our core, predominates? Deep in our hearts, are we, as the Psalmist said, “little lower than the angels”? Or did psychologist Donald Campbell rightly argue in his 1975 American Psychological Association presidential address that “original sin” better describes us—that selfishness-predisposing genes won the evolutionary competition? (Campbell anticipated Richard Dawkins’ book, The Selfish Gene.) 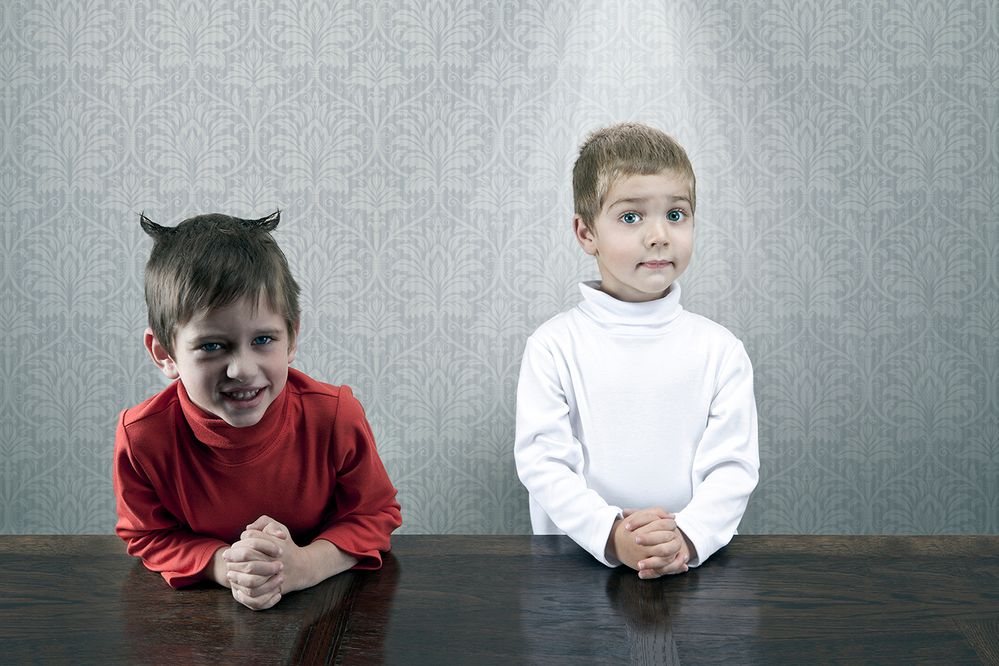 Are the selfish behaviors of the marooned boys in William Golding’s Lord of the Flies an apt image of our human nature? One possible answer surfaced in a recent Guardian report of an actual group of teen boys from Tonga who, for 15 months, were marooned on an uninhabited island: “The real Lord of the Flies is a tale of friendship and loyalty.” The six Tonga boys cooperatively created a food garden, carved out tree trunks for water storage, improvised recreational facilities, and kept a permanent fire going, until being rescued by an Australian boat captain who noticed the fire. “Their days began and ended with song and prayer,” and problems were solved with a “time out.”

But offsetting that heartwarming true-life story is another, told in Langdon Gilkey's 1966 book, The Shantung Compound: The Story of Men and Women Under Pressure. Gilkey, who later became a University of Chicago theologian, was one of 1800 foreigners sent to a Japanese internment camp in North China’s Shantung Province during World War II. Businesspeople, missionaries, doctors, professors, junkies, and prostitutes—crowded into a former mission station no bigger than two football fields—were subjected to privation but not torture, malnutrition but not starvation. Before long, conflicts and selfishness ruled: The “fundamental bent of the total self in all of us was inward, toward our own welfare,” observed Gilkey, with abundant examples. “And so immersed were we in it that we hardly seemed able to see this in ourselves.”

Two natural social experiments, with two different results. And so it is with the similarly mixed pictures of human nature emerging from Americans’ recent national experience—and from psychological science research.

One mountain of research explores the self-centered behaviors that prevailed in the Shantung Compound. We have demonstrations galore of self-serving biases, of selfish behavior in social dilemma experiments, and of evil situations overwhelming benevolent intentions, inducing people to conform to falsehoods or capitulate to cruelty. Nice guys often don’t finish nice.

Dozens of other experiments reveal how group influences can exacerbate our worst tendencies. Social psychological phenomena such as “deindividuation,” “groupthink,” and “group polarization” accentuate our sins. Police brutality, lynchings, wars, genocides, and looting are things people do in groups. Terrorism springs from like-minded people reverberating off one another. Disliking inflates to despising. Self-serving perceptions swell into collective pride, leading racists, sexists, and nationalists to perceive the superiority of their group—their race, sex, or country. Lewis Thomas, whose essays helped inspire my own, offered a dismal conclusion: “For total greed, rapacity, heartlessness, and irresponsibility there is nothing to match a nation.”

All that is true. But there is another mountain of research that testifies to our potential for goodness. Humanistic and positive psychology explore our capacity for growth and gratitude, humility and hope. Evolutionary psychology explains the roots of our caring for kin and our care for others; groups composed of mutually supportive altruists survive to spread their group-serving genes.

Social and developmental psychologists also document our capacity for empathy from early childhood onward. When observing another’s suffering, we wince and then we often help — even when our helping is anonymous. We give blood, donate money, protest injustice, and volunteer time to people we will never see. Genuine “empathy-induced altruism is part of human nature,” concluded Daniel Batson, after conducting 25 experiments. We are self-giving social animals.

Moreover, if groups inflame our worst tendencies, they also amplify the flickers of our compassion, faith, and hope. In groups, runners run faster, audiences laugh louder, and givers become more generous. In support groups, people strengthen their resolve to stop drinking, lose weight, and study harder. In kindred-spirited groups, people expand their spiritual consciousness and dream of a better world.

In The War for Kindness, social neuroscientist Jamil Zaki explores our human capacity for empathy and prosociality. Only a cold heart could view the knee upon George Floyd’s neck and not feel empathy and pain. Zaki also argues that the current pandemic has unleashed “catastrophe compassion.” From food-sharing to mask-wearing, people are giving mutual aid and experiencing “social connection, solidarity, and shared resilience.”

Langdon Gilkey found a glimmer of such compassion in the self-giving presence of Eric Liddell, a ray of light piercing the Shantung Compound’s self-centeredness.

Thanks to the Oscar-winning 1981 movie Chariots of Fire, Liddell is best known as the Scottish runner so committed to his Christian principles that he accepted reproach for declining to participate in the 1924 Olympics 100-meter dash, being held on a Sunday. He instead ran the 400-meter, for which he had not trained, and won the Olympic gold. Although Liddell returned home a national hero, his greater heroism began where the movie ended, as he walked away from fame, fortune, and the next Olympics to teach chemistry and English as a missionary in rural China.

Shortly before Japan entered World War II, Liddell’s pregnant wife and two daughters left China for the safety of home. Liddell stayed behind and in 1943 he found himself in the Shantung Compound, where he would die shortly before the camp’s liberation.  While at the Camp, he organized games and worship, taught science to the children, and offered to sell his Olympic gold watch to buy them sports equipment. One Russian prostitute, for whom he put up shelves, said he was the only man who did anything for her without wanting to be repaid. As Gilkey explained:

It is rare indeed that a person has the good fortune to meet a saint, but he came as close to it as anyone I have ever known. Often in an evening of that last year I (headed for some pleasant rendezvous with my girlfriend) would pass the games room and peer in to see what the missionaries had cooking for the teenagers. As often as not Eric … would be bent over a chessboard or a model boat, or directing some sort of square dance—absorbed, warm and interested, pouring all of himself into this effort to capture the minds and imaginations of those penned-up youths. … He was aided by others, to be sure. But it was Eric's enthusiasm and charm that carried the day with the whole effort.

So, are humans basically bad? Or good? Yes, and yes. As physicist Niels Bohr reminded us, sometimes “the opposite of a deep truth is also true.” Like a house, our human nature is many sided.