An Ethical Dilemma: To Prioritize Present Needs or the Unseen Future?

Consider two sample answers to the second question, both drawn from real life:

Give for immediate use. In Bremerton, Washington, a generous anonymous donor is giving away $250,000 grants to local, national, and international nonprofits with a condition: They must spend it in the next 2 years. The seven recipients to date are gladly doing so by hiring new staff, giving scholarships, feeding people, and so forth. There’s no time like the present.

Give today, but maximize future impact. The John Templeton Foundation, which I have served as a trustee, had a future-minded benefactor who grew his wealth by living simply and investing half his income from his earliest working years. Thanks to his investment success and the exponential mathematics of investment compounding, he was able, by his death at age 95, to endow the foundation, which today has nearly $4 billion in assets. Like all U.S. foundations, the foundation has a mandated 5 percent annual payout rate—meaning that they give today but with eyes also on more distant horizons.

So, would you advise prioritizing the present (as the Bremerton donor has) or also focusing on the future (as most foundations do)? 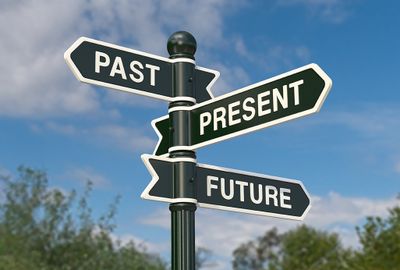 The Initiative to Accelerate Charitable Giving would appreciate the Bremerton donor. As the world recovers from Covid and strives for racial justice, the Initiative perceives that “demands for services from charities are greater than ever.” So, it argues, foundations should increase their giving now. The Patriotic Millionaires, co-led by Abigail Disney, have proposed doubling, for three years, the required foundation payout from 5 to 10 percent. The Accelerating Charitable Efforts Act, co-sponsored by Senators Angus King (I-ME) and Chuck Grassley (R-IA), would incentivize a 7 percent foundation payout rate (by waiving the 1.39 percent investment income tax for any year in which payout tops 7 percent of assets).

Do you agree with this strategy—is now the time to give? Should we take care of our time, and leave it to future people to take care of theirs?

If so, consider: Prioritizing the present will likely diminish a foundation’s future effectiveness. Given that asset-balanced foundation endowments have tended to earn less than 7 percent on their total investments,[1] even a 7 percent payout mandate would, over time, likely shrink a foundation’s assets and giving capacity. Assuming a continuation of long-term stock market performance, the Templeton Foundation calculates that its 50-year total giving would be almost double under a 5 percent payout (nearly $20 billion) vs. a 10 percent payout (less than $12 billion).

Given both current and future human needs, would you still support a mandate that foundations distribute more of their assets now? Are today’s crises likely greater than tomorrow’s?

Temporal discounting. Humans often value immediate rewards over larger future rewards—a dollar today over $1.10 in a month. The phenomenon is familiar to financial advisors who plead with clients to value their future, and to harness the magic of compounding by investing today. Being financially nearsighted, our governments also tend to spend public monies on our present needs rather than our and our descendants’ future needs.

Some of this present-focus reflects our commendable capacity for empathy—our hearts responding to present needs that we see and feel. But temporal discounting is also manifest in today’s consumers who oppose carbon taxes and clean energy mandates lest their lifestyle be restrained for the sake of humanity’s future. Temporal discounting undermines sustainability.

Personal time perspective: Past, present, or future. In a 6-minute TED talk, Phil Zimbardo compared people with past, present, or future orientations—those who focus on their memories of what was, on their present situation, or on what will be. Although the good life is a mix of each, a future orientation bodes well for adolescents. Living with one eye on the future enables bigger future rewards and minimizing risk of school drop-out, problem gambling, smoking, and delinquency. Patience pays.

So, mindful of both today’s and tomorrow’s needs, would you favor or oppose the proposals to increase foundation payout requirements? Of course, you say, both the present and the future matter. Indeed. But to what extent should we prioritize poverty relief (or scholarships or art galleries) today versus in the future? Who matters more—us and our people, or our great grandchildren and their compatriots? Or do we and our descendants all matter equally?

[1] Century-long U.S. stock returns have averaged near 10 percent, or about 7 percent when inflation-adjusted. But most foundations also have other assets that have experienced a lower rate of return—in cash, bonds, and, for example, emerging markets.