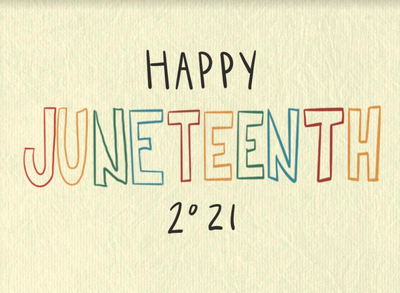 My graduate studies in English literature focused on addressing ideological structures established in fiction, and how those structures are steadfast in our country’s inception as well as in modernity. I constantly asked while reading, “is this literature aware of the inequality of class, gender, or race; or does it lack critical awareness and substantiate the power of the ideological structure it is articulating?” Those substantiations of ideology and stratification of ideologically-compliant power structures are fundamentally dangerous to those inherently oppressed by our system. Literature that fails to question those systems fails to educate the reader. Literature is vital to us as students—in one circumstance, to develop a critical lens of ideological structures; and in another circumstance, as participants in a hierarchical structure that values some and disenfranchises others.
This past year, a portion of this nation has been forced to recognize inequalities of race within an institution built on slavery and supremacy, starting with the murder of George Floyd and encompassing the countless others who have lost their lives in this oppressive system.
For Juneteenth this year (a unique one, as the first federally recognized Juneteenth celebration in American history), and in keeping my critical lens alive to acknowledge the privileges I have in this country, I wanted to share some of the literature that shaped my understanding of racism in America, as well as how it impacted my self-understanding as a white woman in America. Please note: This is not a definitive list of literature that I suggest all white women read to understand their position of privilege—these are simply texts that have irrevocably impacted my life in a way where my privilege was highlighted. If some of these books land on a reading list or two this summer, I hope they provide even an iota of the impact they have had on me.

1. Beloved, Toni Morrison. This is a book that illustrates the relationship of a mother and her children, and after the final turn of the page, leaves the reader feeling haunted.

2. Corregidora, Gayl Jones. This story illustrates the impact of slavery generationally, following a line of women who share a thread of memory.

3. Incidents in the Life of a Slave Girl, Harriot Jacobs. This autobiographical narrative exposes a woman’s life in slavery

4. The Nickel Boys, Colson Whitehead. Named one of TIME’s Best Fiction Books of the 2010’s, and authored by Pulitzer Prize winner Whitehead, this book is blow after heart-wrenching blow, until the final page.

5. The Bluest Eye, Toni Morrison. Another Morrison title on this list, and well-deserved. I read The Bluest Eye in undergrad, so young in so many ways, and still remember the sharp awakening this book gave me.

6. Don’t Call Us Dead, Danez Smith. This contemporary collection of poetry gives song to many injustices and fears of the Black experience in the United States.

7. Kindred, Octavia Butler. I read this book in one sitting. It is about heartbreak and the realization of power stratification in America, developed in early America and sustained in modernity.