The Three C's of Fake News 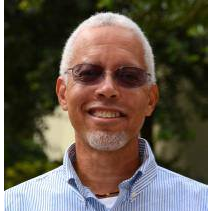 As insults go, “fake news” has not yet reached the point of vacuity of, say, “your mother wears army boots.” Because of its excessive and less-than-strategic usage, it is edging into cliché territory. That is a knife that, though dulling, cuts both ways. That it’s being used to the point of triteness means that many are comfortable slinging that particular bit of slander about.

This former journalist repudiates the ease with which the phrase is used to denounce or discredit critical or unflattering reportage. That the term is inelegant is a bit beside the point, I think, because those who are inclined to reach for it are not hunting for le mot juste. They are most likely scooping up verbalisms that they imagine are more cutting than cunning.

Peers in classrooms and newsrooms have asked me on many occasions to weigh in on what “fake news” means and how to respond to or guard against it. My response has most often been that responsible reporting is its own defense. Bluster won’t quiet a bully whose purpose is to cow and not correct so I hardly ever broach the matter of silencing a crank. Dotting I’s and Crossing T’s, eschewing cut corners and holding firm on never publishing supposition or rumor is the truest armor of a news reporter.

I have, however, given more thought on ways to help news consumers better identify reportage that falls short of traditional journalistic standards either because of incompetence or fraudulence. I call them the Three C’s of Fake News:

Content. News consumers should first examine the content of the article or report. Consider these questions: What information is being shared and is the information attributed to a source that is named. If the source is unnamed, is it clear why the source is not being named – that is, is it clear to you what is at stake by revealing this information – termination of employment, bodily harm? Does the threat seem reasonable based on the nature of the information?

If the information is challenging previous reports or popular thinking about some issue, is there evidence being offered as support or is the challenge more a matter of perception or viewpoint? Ask yourself why you should abandon what you have believed was true about the matter for something that is not demonstrably or verifiably true.

Additionally, you should ask if other sources have reported similar findings or if the information being shared is an “exclusive.” Exclusives can indeed result from the industry and resourcefulness of a news organization, or it can be information that was dressed and planted – or leaked -- with the hopes it of passing inspection, especially when deadlines are looming or it’s a slow news day. Much mischief finds its way into the news hole that way.

Construction. News consumers should also consider the news’ construction because clues to fraudulence might be found in its crafting. Consumers might consider if the article or report focuses on the authenticity or truthfulness of its information by citing sources by name, attributing all facts and opinions and letting what is disclosed speak for itself.

However, if the article is crafted around innuendos and suppositions and masks facts in inferences and hedges conclusions, red flags should go up. These constructions are often marked by language like “believe,” “think,” or “feel” to refer to sources other than the writer. The article might contain large sections of unattributed information, leaving readers to wonder whose perspective or viewpoint is being represented. This could be a sign of fictionalization.

News consumers can gauge the authenticity of a report by the number of times the writer uses the construction “source + said,” as in “Mayor Brown said on Monday ….” Reports that are thoroughly attributed and transparent are much less likely to be hawking fakery. Verification and corroboration are the pillars of responsible journalism. Articles that include personal experiences for which there were no other witnesses and thus cannot be verified are not necessarily fake; they should be weighed differently and the information assessed with the understanding it is the speaker’s account. Articles that refer to other reports should include citations or working links to the source material. Examining the linked material for political or promotional affiliations would be wise.

Common Sense. And, finally, readers and viewers should consume news with healthy portions of common sense. Most simply put, news consumers should ask if the report makes sense based on common knowledge, previous reporting or even their personal experiences. Do some events seem too good, too appropriate or too convenient to be true?Just because an article does not make sense or smells funny does not necessarily mean the item is fake; it does mean one should handle the information with caution and scrub it using the guidelines above.

If, in the end, the article writer’s position seems to be more combative or confrontational than informative, then the news consumer is likely not dining on news or at the very least competent reporting. It might be propaganda. And, as we all know, propaganda was “fake news” before fake news was cool.