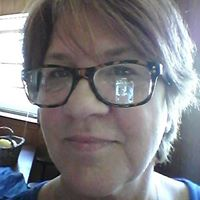 The writing process generally goes from thinking of a topic, collecting information, crafting a message and revising it. When done in a solitary environment, feedback is important but lagging because of grading time. When done in groups, feedback is immediate and, since it comes from peers, it seems more like a conversation than a lecture.

I use a form of flip teaching. It consists of students being introduced to a concept through online content by reviewing materials for a basic understanding. When students come to class they work on a low-points, graded lab, applying the concepts to a concrete example. Finally, a classroom discussion among the groups allows for a review of the lab allowing the teacher to guide the discussion making sure concepts are covered and understood.

I found that the lab portion needed more pizzazz. Some students would finish labs early and just sit there waiting on everyone else. Others pulled out their phones. The room was quiet, and students were bored. I was, too.

One day I put them in groups of three, mainly because I could cut down my grading, but it also kept the room from sounding like a crypt. They had to talk to each other.

HOW DID IT GO?

I had them work on changing a story from passive to active voice. This is one of the hardest concepts for young writers. They must determine if the subject is doing something or if something is being done to it.

The exercise was a hit. I caught them explaining concepts to each other. They got immediate feedback. The lab results were much better, too. They “got it” much faster.

I came to the conclusion that they learn better from each other than they do from me. One reason is that group work allows for highly differentiated learning styles.

Visual, auditory, reading/writing and kinesthetic learning styles adapt spontaneously to group work. If someone needs to hear it, there is always someone in the group willing to let them read it to them. If someone needs to do it, they can “break it down” for the other group members. Visual learners will understand the structure and reading/writing learners are usually the scribes of the group.

Another reason that group work works is because it is fun. Especially if it’s nothing more than a low-points lab. They get to explore concepts, don’t have a lot to lose if they’re wrong, and they get to do more than sit around on their phones waiting for the rest of the class to finish.