Into the Conversation: Perception Matters 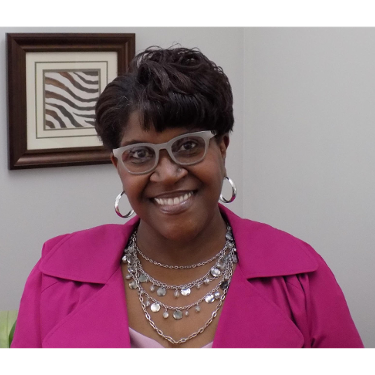 About three years ago, my former institution was considering a book adoption of a standardized introductory human communication textbook. This practice is fairly standard with textbook publishers across the country—we vote, we adopt and our college students are required to use the book. Our voting cluster was comprised of all full-time Communications Faculty.

My institution, Palm Beach State College, had just retired a black male president and we were now getting acquainted with our first female college president. We were progressive, I thought. Our faculty was smart, innovative, resourceful and forward-thinking. They were the best colleagues, some I still call friends.

However, when reviewing this textbook, I started noticing these small slights. Out of our top three selections, Macmillan’s Choices & Connections stood out above the rest...for all the wrong reasons. For example, the chapter “Self & Perception” included a brilliant photo of Serena Williams, seemingly taken after she won a match. By itself, the image was grand, powerful and authentic—she was shining as she does best, on the court, a successful professional athlete.

But in relation to the other images in this chapter on perception, she appeared angry. Most of the other images in the chapter featured non-black people smiling, happy, and glamorous. The chapter’s copy spoke about Serena’s condescending taunts to her opponents and her childhood in Compton, “the area of Los Angeles made famous by rappers for its poverty and violence.” Thus, Serena stood out, in a full page spread on critical self-reflection, looking like an “angry black woman... from the ‘hood.” I’m sure that wasn’t the intent. But perception matters. I know that Serena Williams is Compton, but she’s also Palm Beach Gardens, fashion, travel and philanthropy.

And this is where my colleagues and I disagreed. It’s not just the content of the materials for me. As a former journalist, I know that words and images matter. Images are especially important for the black community. We know that the media can be our friend and/or enemy. We also now know that if we can see something, we can believe in its possibilities. For this reason, The Other Wes Moore: One Name, Two Fates stands out.

For almost 20 years, I’ve been teaching at colleges and universities throughout Florida. Just last year, I moved north to Atlanta, GA, and started working as a Visiting Professor at Georgia State University. Often times, I go unnoticed. I’m the quiet one, bespectacled, always in the back of a faculty meeting, convocation or graduation. I’ve only somewhat enjoyed the administrative highs and lows, but I have always loved the students. They bring something so unique to the classroom that makes the early years, late nights on campus, and even long hours grading speeches worthwhile. For me, it has always been about bringing 100% of my best self to my classroom. My students deserve this. And they have actually paid for this academic experience.

It was five years ago that I actually started noticing things in the media that made me uncomfortable. As a journalism educator then, these small slights to black women made me uncomfortable. Such as, in late 2014, when The New York Times said the beloved Viola Davis, a remarkably talented Academy, Emmy and Tony award-winning actress who shines eloquently against Denzel Washington, was “less classically beautiful.” It hurt. She looks like my girlfriends and female relatives. That is, she is brown-skinned.

It wasn’t just about black women. I recall that in 2016, Asher Nash, an adorable baby boy with Downs Syndrome, was denied an opportunity to model children’s clothing for OshKosh B’Gosh because, it was alluded, of his disability. Also in 2016, April Reign began her social campaign for #OscarsSoWhite. The campaign focused on more representation and recognition in film for black actors. Today, similar efforts include all people of color.

Back then, I was also a Palm Beach County resident, and two of our most famous sisters, Venus and more so, Serena, were often picked apart and critiqued in the media on things like appearance, body image, and physicality. So, when I saw that photo, I had had enough. I just couldn’t sit idly by being comfortable. Because these were people that could have easily been my students or my future students. As an instructor, my job is to teach and reach as many students as I can—so we can’t afford to lose one. These students often come from a range of backgrounds—age, race, gender (and gender identity), and religion—as like the real world around us. As faculty, we (hopefully) leave our biases and prejudices behind. Our goal is to educate and prepare them for the future.

As a woman of color, the Serena image was the same, hurtful. I am a black woman, tenured Professor and mother of five brown-skinned children. If that’s how they see her, how do they see me? My black- and brown students? My kids?

By the time Macmillan’s sales rep Allen Cooper made it to my office, I was already vehemently advocating against Choices & Connections, for this reason and others. I also learned that no one had ever asked for feedback from a diverse group of educators about diversity and inclusivity in the making of the book. And, one bundled copy of The South Side wasn’t going to win me over.

As Allen, a young white man, sat across from me, a seasoned communications professor, I had one question in mind: “Do the people making decisions look like me, or do they look like you?” Because, in my classrooms, many of our South Florida students look more like me, various shades of black and brown faces. Palm Beach State is recognized as a Hispanic-Serving Institution. That only means, the institution has reached a 25% Hispanic student population.

Allen did his best in trying to understand, to reach out, and offer consultation with others at Macmillan. In the process, he wanted to learn too. Two years later, now an editor based in NYC, Allen reached out to me with a new idea, a concept for an editorial board of diverse faculty from around the county to review the previously mentioned college textbook.

From there, we took our weekly conversations and turned them into a learning experience. Today, about 10 unique and diverse faculty members from around the country consult and review college textbooks with Macmillan Learning staff. This editorial board for Diversity, Inclusiveness, and Culturally-Responsive Pedagogy, or the DICR board, crafted a mission statement: “To advance and evolve our understanding of diversity, inclusiveness, and culturally-responsive pedagogy and to promote their fundamental, not ancillary, place in the development of learning materials.”

Our recorded conversations on this experience reflects a first-of-its-kind undertaking in the publishing industry where we converse on diversity, inclusiveness and culturally responsive pedagogy. We know that change can happen slowly, but for all of us involved, the Choices & Connections review has resulted in one textbook that is richer, more accurate and inclusive. That’s a win-win for all of us. And yes, we did replace the photo of Serena, with a photo that better emphasized her beauty and her strength.

It’s important to know that our work is just beginning. This blog, my “Three Ps in a Pod” podcast, the Macmillan Learning video on diversity and inclusion, the DICR board and its review work, and this website are all a part of our efforts to educate and inspire action in colleges & universities for all of the students we serve. Join us on this journey.

S. Lizabeth Martin is a visiting professor of Communications at Georgia State University, Atlanta, and a member of Macmillan Learning's Editorial Board for Diversity, Inclusiveness, and Culturally-Responsive Pedagogy. For more information about , the DICR Board, or Choices & Connections, check out the Choices & Connections microsite here, or check out Lizabeth's video on the home page of this Community.

About the Author
S. Lizabeth Martin is a visiting professor of Communications at Georgia State University, Atlanta. Prior to Atlanta, the Florida native spent almost 20 years in various positions at Florida’s colleges & universities. Most notably, she spent 10 years with Palm Beach State College as a tenured faculty member and journalism advisor. Ms. Martin is an editorial board member for Diversity, Inclusiveness, and Culturally-Responsive (DICR) Pedagogy with Macmillan Learning. Additionally, she is a former president for the Florida College System Publications Association.
Topics