Writing Feedback: A New Approach to Student and Faculty Flourishing 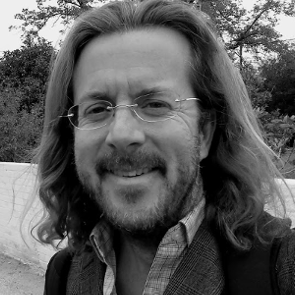 Recently I asked my students what they considered to be a healthy ratio of positive-to-negative feedback on their writing. The general consensus emerged from four sections of FYC that a 1:1 ratio seemed fair and healthy, the “norm” or even ideal. Then I introduced them to the Losada ratio and research by Gottman, which suggests that a 1:1 ratio is a recipe for traumatic experience.

To be clear, “negative” feedback is a broad term. We often hear phrases like “constructive criticism,” “critical thinking,” “critical examination,” or suggestions that we frame critical responses as questions like: “Maybe add more description here to improve this sentence?” Those of us who have built our careers within a context of critical discourse have created a lexicon to soften the blow of criticism and what is often perceived by students summarily as “your writing needs improvement” and “this sentence needs work.” That is too often what they hear when we write in the margins or in the comments window: “Maybe reword this sentence to bring in more evidence to support your claim?”

When we operate from a system that prioritizes critical examination, we are starting from an assumption of “this needs improvement”  – a deficits model for viewing students – rather than “this has outstanding strengths and virtues” (i.e., a positive, strengths-based model). And it permeates so much of what we do in K-12 and postsecondary education.

No wonder so many students find schoolwork drudgery (or worse). We have inherited a model that emphasizes – hell, it assumes as common sense (the most oppressive of forces) – a need for improvement disproportionate to that of highlighting students’ strengths and virtues.

Gottman’s research was centered on marital stability, and he discovered through a career of data collection that a ratio of 5:1 (positive-to-negative comments) was optimal for a healthy, strong, and loving relationship. Barbara Frederickson at the University of North Carolina Chapel Hill has spent more than a decade furthering research centered on the Losada ratio in many contexts, including education.

What her data suggests is that those of us who adopt a positive-to-negative range in our daily lives between 3:1 and 7:1 tend to flourish. If we fall below that, we tend to suffer and fall into toxic patterns. Interestingly, if we are too positive, the benefits begin to fall off as well. There is an optimal window within which humans tend to flourish.

So how does this apply to the writing classroom?

I am moving toward a positive, strengths-based model for FYC, a model of teaching writing that improves student well-being (and my own quite frankly), and I’m beginning to consider if this is a direction the field of writing studies itself might explore through practice, discourse, and research.

This semester I asked students to write a gratitude letter, and then to plan a surprise visit to read their gratitude letter aloud to its recipient. The level of heartfelt, authentic, and mature positive emotions I’ve seen is profound. Tears have been shed. Good tears.

One student read his letter to his grandmother who parented him the last seven years after his mother died, and he asked his grandmother to be at his mom’s gravesite as he read his letter to her. Another wrote a gratitude letter to her dad who completed substance abuse treatment three years ago. One student wrote hers to her mom with never-before-expressed gratitude about the experience of riding along with her mom while she went from one business to the next trying to find work, persisting and loving her and her sisters while on the verge of homelessness.

Students are saying this is the most meaningful writing project they’ve ever completed. They’re saying things like, “You can’t B.S. a letter expressing gratitude to the one person who knows and loves you better than anyone else.” Some have even suggested they are finding meaning in life by writing and reading these letters.

As letter writing practice, one day in class I asked students to write a letter to themselves four months from now with self-compassion, complimenting the achievements they will have made by succeeding this semester. They then read their letters aloud in class filled with hope, compassion, and kindness. One students’ letter to herself read: “By the time you read this letter, you will have weathered your parents’ divorce which, as I’m writing this, I just learned about a week ago, and you will be stronger and happier and enjoying summer camp.”

The response has been like nothing I’ve ever seen in twenty years of teaching writing. Students who truly believe they’re not good writers are talking about their strengths and about the people in their lives to whom they would like to express gratitude. They’re finding meaning and purpose in life, and they are authentically questioning what happiness is and how to achieve it through writing, positive emotions, engagement, and building positive relationships with others.

About the Author
Stacey Cochran is a Lecturer teaching academic writing at the University of Arizona. Before that, he taught for nine years in the First-Year Writing Program at North Carolina State University. He has also taught academic and creative writing at East Carolina University and Mesa Community College (AZ). He earned his M.A. in English from East Carolina University in 2001 with a concentration in Creative Writing. He was finalist for the 1998 Dell Magazines Award, a 2004 finalist for the St. Martin's Press/PWA Best First Private Eye Novel Contest, and finalist for the 2011 James Hurst Prize for fiction. He is an experienced videographer and interviewer who was the host of The Artist's Craft, a television show in Raleigh which featured interviews with many bestselling authors and literary scholars.
Topics