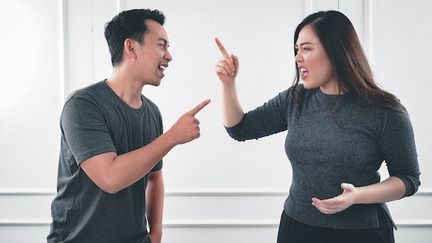 The divided nature of our country makes arguments a common topic in the daily headlines. People argue about whether the FBI was justified in searching Trump’s Mar-a-Lago, whether the throne of England should have passed directly from Queen Elizabeth to Prince William, bypassing King Charles, whether there should be any exceptions to the abortion ban passed by many states recently, and whether the structure of the Supreme Court should be changed. These days we argue about anything and everything.

You’ve probably been in arguments where you were pretty sure no one was going to “win” because each side was wholeheartedly sure that they were right and no one was really listening to the other side.

So why study argument? Let me add a bit of emphasis: Why STUDY argument? Doesn’t arguing just come naturally to people? Yes, but recognizing and building good arguments are skills that can be learned. You may not convince everyone even with a sound argument, but at least you will know that your case is a good one. Elements of Argument and other argument textbooks teach you what the pieces of a good argument are, from clearly stating your thesis—called a claim in argument—to supporting that claim with good, sound reasoning, to linking all ideas into a coherent whole that considers the audience.

The role of the media has been seriously compromised ever since then President Trump convinced his supporters that he was the only one they could believe and that the media is the enemy of the people. He alone, however, did not move us away from a time when news reporting used to be objective. There has been a slide toward bias in the news which has made it difficult to identify whether networks and news sources are liberal or conservative. Now we must find a way back somehow to a place where the person making the argument is less important than the truth of the argument; the future of our democracy depends on it.

The more you read or listen to other people’s arguments, the more you will be able to analyze them for soundness, to recognize flaws in the logic, and to explain their faulty reasoning. You may even find yourself shifting your own thinking when you try to justify your opinions and find the proper evidence lacking. Sometimes there is common ground in the middle that makes compromise possible, but the more firmly beliefs are held, the more inflexible the believer will be. Firmly held beliefs can be a good thing, but examined beliefs are easier to defend.

Photo: "Couple fight each other"  by Afif Kusuma is licensed under CC BY 2.0