When Is a Banana Just a Banana? 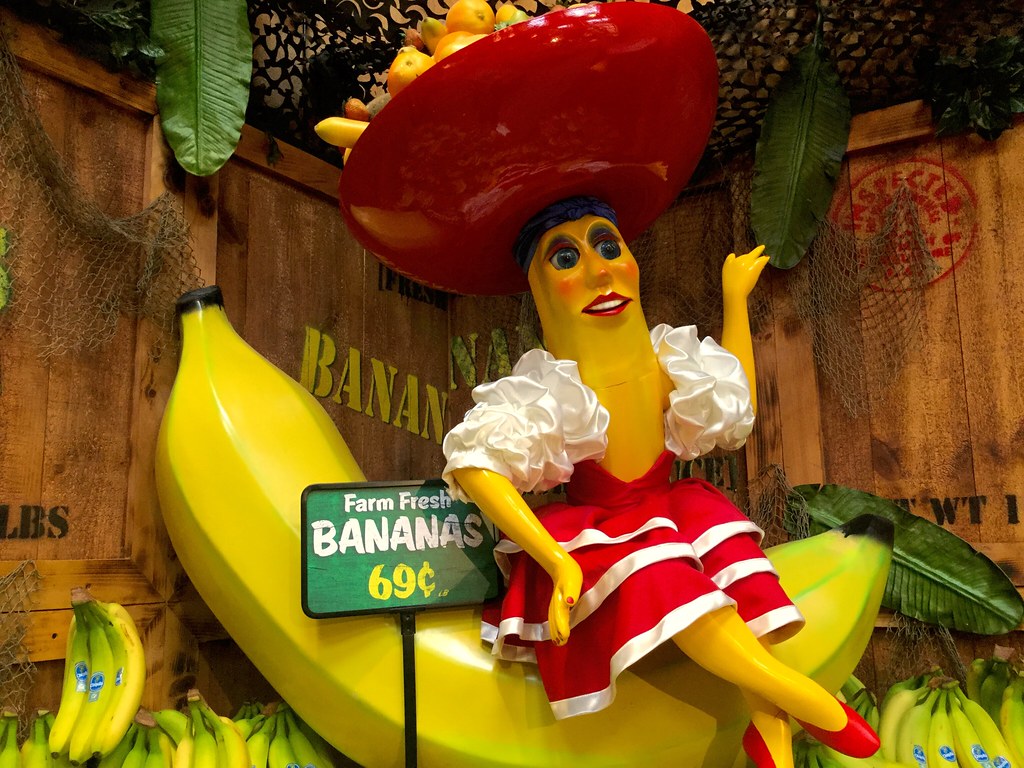 Students might assume it’s bananas to pay $120,000 for a piece of fruit, but that’s what not just one but three art collectors did at Art Basel Miami last December. The first, in fact, paid a $30,000 premium for the “first edition” of Maurizio Cattelan’s artwork Comedian, a banana duct-taped to the outer wall of the très chic Perrotin gallery on South Beach. The other two buyers paid the list price for a signed and numbered certificate of authenticity, a banana, a roll of duct tape, and instructions: Change the banana every ten days or so.

We are in slippery territory here. Is this work a-peeling? Or off-pudding? Or is something rotten at Art Basel besides the bespoke bananas?

Comedian caused quite a stir in Miami. The gallery had to rope it off as selfies went viral. Lots of Instagram parodies, other things taped to walls: a Moon Pie, a jar of pickles, a bag of dish scrubbies. Kentucky Fried Chicken joined in, partnering with another gallery to offer its much-hyped chicken sandwich taped to canvas, also for $120,000 (“a mixed media work of art consisting of a toasted brioche bun, two pickles, fried chicken, mayo and duct tape over canvas”). Actually, it cost $120,003.99 – $120,000 for the art and $3.99 for the sandwich. No word if it sold.

But the Colonel isn’t an artist, right? With Cattelan, obviously, there’s the shrewd selection of the banana, of course, but then there’s also the way it is taped, just so.

If students aren’t buying that, they probably wouldn’t be interested in buying Comedian, even if they could. Like the unpretentious child who calls out the charade in “The Emperor’s New Clothes,” a similar refrain rings out about Comedian: It’s just a banana, people!

“Almost nobody has discussed that it is not just ‘a banana,’” New York Times art critic Jason Farago wrote. “It is a banana and a piece of duct tape, and this is a significant difference.” It shows Cattelan’s “decades-long reliance on suspension to make the obvious seem ridiculous and to deflate and defeat the pretensions of earlier art…Something to do, also, with the comic potential of bananas.”

Perhaps the real story here is about wealth disparity, income inequality and the excesses of the rich. Comedian sold within walking distance of some of the most distressed neighborhoods in America.

Billionaires Billy and Beatrice Cox, of the Bancroft family (who controlled Dow Jones and Company for a hundred years), said: “When we saw the public debate Comedian sparked about art and our society, we bought it . . . . It opened the floodgates and morphed into an important debate about the value we place on works of art and objects in general.”

Take away all external meanings and all extrinsic measure of value – social, cultural, artistic, political, collectible – and you have what Marx (Karl, not Groucho) called the object’s use-value – you have a yellow fruit, technically a berry, temporary nourishment.

Artist David Datuna brought this irreducible value to light when, to the shock of onlookers, he plucked the $120,000 banana off the Perrotin gallery wall and ate it. “It was delicious,” he said. “It tasted like $120,000.” Some called it a stunt. He called it performance art.

Cattelan’s banana provides an interesting contemporary example that is ripe for discussion in an argument course. Comedian offers a space where meaningful surveying, analyzing, and evaluating from multiple perspectives can occur. By analyzing the conflicts, students may discover that the questions generated from each position are quite different.

Students may have to confront obstacles to critical thinking, for example avoiding common sense responses that judge the art world and its patrons as foolish or excessive, or the artwork as “nothing,” or those who trade in such commodities as “selfish” or “crazy.”

Others, disposed to defend art, may face their own obstacles: If anything is art, and art is totally subjective, what distinguishes one type or example from any other? How does art attain its status as such? Is the quality of art intrinsic to the artwork, or extrinsic?  How have different contexts elevated some art works from the past, and diminished others?

When discussing evidence, students may consider how two different perspectives on this artwork might generate different types of supporting evidence: How might the evidence used as support differ when arguing that Comedian is art, compared to arguing that it is immoral to pay $120,000 for it?

Topics for Critical Thinking and Writing

To support these discussions and to give students entry points based on your course goals (or their interests), Current Issues and Enduring Questions* offers helpful sections:

To engage in critical thinking and guide students through some basic processes and ways to enter a conversation or debate:

(Students may attempt their own definitions of “art,” “modern art,” “non-representational art,” the “value of art,” or they may examine how definitions of such terms differ in opinion and commentary they locate and read.)

To practice critical summary by reading opinions and commentary on Comedian, then sharing/reporting to the class:

To analyze arguments and evaluate rhetorical appeals, logical reasoning, and use of evidence in writing about Comedian:

To analyze the multimodal dimensions of art and discuss its denotative and symbolic meanings:

To examine definitions of art from a literary perspective: