What's the Word of the Year? 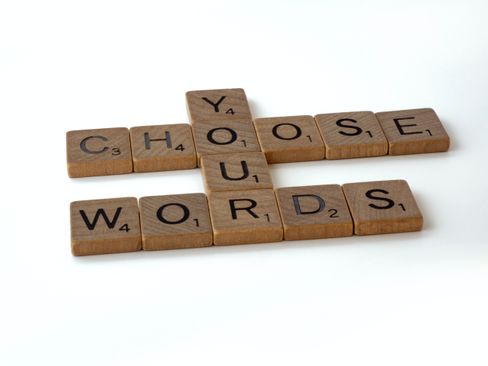 I always look forward to learning what major dictionaries have found to be the most “looked up” or asked about word of the year, or the word they think most captures their readers’ interests. Often I can guess or come close to what those words must be. But as I began to think about 2022, I was pretty much at sea: so many words seemed to have emerged as lightning rods that I just didn’t know what to choose.

So it was with great interest that I started tracking reports coming out from dictionaries. The first one I saw came from Merriam Webster, and they chose a word that I had actually thought of: gaslighting. In their announcement, Merriam Webster noted that gaslighting, “a driver of disorientation and mistrust,” is “the act or practice of grossly misleading someone especially for one’s own advantage,” and went on to report that during 2022, lookups for gaslighting increased by 1,740 percent. Indeed, I’m pretty sure I looked up the word at least once though perhaps earlier than 2022. But given the events of 2022—and the beginning of 2023—I’d say this was a pretty appropriate choice for word of the year.

Dictionary.com took me completely by surprise in choosing—wait for it!—WOMAN—as their word of the year. I was also surprised to learn that lookups for that word increased 1400 percent after Republican Marsha Blackburn asked Justice Ketanji Brown Jackson to define “woman” during her confirmation hearing. Jackson said, “No, I can’t.” At any rate, in announcing their word of the year, Dictionary.com noted that “Our selection of woman … reflects how the intersection of gender, identity and language dominates the current cultural conversation and shapes much of our work as a dictionary.” I would like to hear more about just how that shaping is at work!

Wordle apparently led the Cambridge Dictionary to choose homer as word of the year after over 65,000 people rushed to the dictionary to look up this five-letter word that they were not familiar with. This informal American English word evoked what the dictionary called “the Wordle effect.”

Over at Collins, the WOTY is permacrisis, about as far a cry from homer as we could hope. In their announcement, Collins defines permacrisis as “an extended period of instability and insecurity.” This isn’t a familiar word to me, but it is one, according to Collins, that captures the sense of ongoing crisis felt in the UK and around the world. It’s interesting to note, too, that the word permacrisis is new this year to Collins Dictionary.

But the most surprising word of the year to me comes from Oxford, who has chosen goblin mode. For the first time in its history, Oxford opened the choice up—and over 300,000 people answered the call. And goblin mode won out! According to Oxford, their WOTY is “a word or expression reflecting the ethos, mood, or preoccupations of the past twelve months, one that has potential as a term of lasting cultural significance.” This slang term for a lazy, laid-back, self-indulgent way of being first appeared, according to Oxford, on Twitter in 2009, but “went viral on social media in February 2022," before rising in popularity over the following months as COVID lockdown restrictions continued to ease. "Seemingly, it captured the prevailing mood of individuals who rejected the idea of returning to ‘normal life,' or rebelled against the increasingly unattainable aesthetic standards and unsustainable lifestyles exhibited on social media.” Casper Grathwohl, president of Oxford Languages, notes that “People are embracing their inner goblin, and voters choosing ‘goblin mode’ as the Word of the Year tells us the concept is likely here to stay.”

This seems to me to be the widest spread of word of the year choices in some time, perhaps ever, and that in itself says something about the difficulty of “summing up” the year we have just been through. Perhaps that’s why the New York Times, in a “Student Opinion” piece by Natalie Proulx, offered an assignment based on word of the year. Students who are 13 and older in the US and 16 and older in the UK are invited to read Proulx’s article and then write an article announcing their own word of the year and responding to several questions Proulx poses about the words chosen by prominent dictionaries this year.

You might want to adapt this assignment for your classes: it would be a particularly effective way to start a class, because it would surely reveal how students are feeling about the world they live in today.

Image by Brett Jordan reproduced under the Unsplash license.

About the Author
Andrea A. Lunsford is the former director of the Program in Writing and Rhetoric at Stanford University and teaches at the Bread Loaf School of English. A past chair of CCCC, she has won the major publication awards in both the CCCC and MLA. For Bedford/St. Martin's, she is the author of The St. Martin's Handbook, The Everyday Writer and EasyWriter; The Presence of Others and Everything's an Argument with John Ruszkiewicz; and Everything's an Argument with Readings with John Ruszkiewicz and Keith Walters. She has never met a student she didn’t like—and she is excited about the possibilities for writers in the “literacy revolution” brought about by today’s technology. In addition to Andrea’s regular blog posts inspired by her teaching, reading, and traveling, her “Multimodal Mondays” posts offer ideas for introducing low-stakes multimodal assignments to the composition classroom.
Related Articles

What's Your Word of the Year?

What’s your word of the year?