What’s in a Name (Or Definition)? 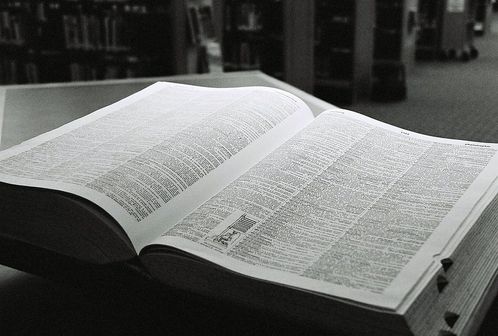 Last week I had an opportunity to join a Zoom conversation with a group of Rhetoric Society of America fellows, organized by Rich Enos and facilitated by Krista Ratcliffe. I almost missed it: one of those days where both phones were ringing at the same time, my doorbell was chiming, and email was pouring in. But at the last minute I made some executive decisions, turned off phones, and clicked “join.” And my, oh, my, I wouldn’t have missed this discussion for anything! As Jackie Royster said as we were signing off, we had enjoyed a solid hour of intellectual stimulation that reminded all of us why we are in this profession in the first place and why we love what we do.

For an hour, we listened as Ed Schiappa (MIT) and Ralph Cintron (UIC) talked about their current work, and what a listen it was: I was literally on the edge of my seat as I leaned in to the Zoom screen. Ralph told us about a project he is collaborating on with a colleague in law—one they’re estimating may eventually be a three-volume study. A history of ideas project, it is questioning the very foundations of thinking about life on Earth in general and on what it means to be human in particular. I will write more about this project but simply note now that it seems to me at basis to be a project about definitions and how they shape what we can know (or be, or do).

Ed also talked to us about definitions, and in particular the definition of a disputed term today, “transgender.” Calling this his “pandemic project,” Ed spoke of the exigencies surrounding this term and then described the research he has carried out in the last 18 months or so. In short, he has immersed himself in the legal definitions of “transgender” in a number of different sites, from states that regulate bathrooms based on definitions of the term to sports teams, prisons, and same-sex schools. To say that he encountered a wide range and variety of definitions seems like an understatement, and the lack of any kind of coherence or consensus simply underscored how arbitrary the very momentous decisions that are based on these definitions are, decisions that affect real people in real circumstances and often in not just arbitrary but harmful ways.

Once again, I thought of the power of definitions to regulate us in all kinds of ways, and of the need to engage students in examining definitional disputes, thinking through them, and considering how definitions impact their lives. As I listened to Ed, I also thought of times I’ve taught “definition essays” as fairly perfunctory, when they should be anything but. I also thought about the depth of research available to students who want to study a term’s definition, tracking it through time and looking at examples of it in various sites, as Ed has done with “transgender.” And I thought of the learning that could happen as a result of such investigations, the deepening understandings that could accrue. What I had learned in just half an hour hearing about Ed’s research made me want not just to read his book (and—wait for it—The Transgender Exigency: Defining Sex and Gender in the 21st Century is coming!) but to ask students to work together to examine the definitions that seem most important and problematic to their own lives.

Image Credit: "Dictionary" by greeblie, used under a CC BY 2.0 license