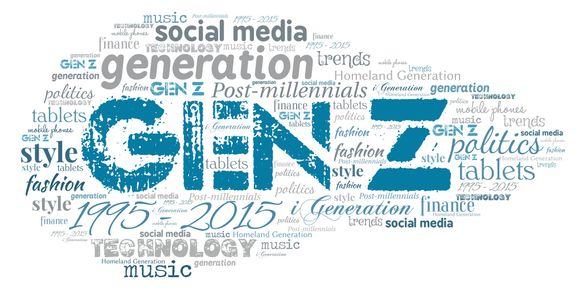 I’ve been following the work of Kaitlyn Tiffany and Kate Lindsey, largely in The Atlantic, on what they call “the Millennial Internet era” and its gradual demise, at least as they see it. And thinking about millennials got me thinking even more about the names or labels for such “generations” in twentieth and twenty first-century America. As my grandmother would have said, it’s a puzzlement.

Millennials supposedly include those born roughly between 1981 and 1995, and this group falls fifth among the American “generations” usually acknowledged:

According to this lore, I am part of the Silent Generation, though when I was coming of age in the sixties, I thought I was part of the Beat Generation, or the Civil Rights Generation: I don’t remember ever hearing “silent” applied to my cohort in those days and wouldn’t have recognized the label if I had. (I’m wondering which of these cohorts you belong to and what your own perceptions were and are of the accuracy of that label.)

At any rate, Tiffany and Lindsey see the millennial view of the world and especially their experience of the Internet either “slipping away” or becoming cringe-worthy, relegating them to technological has-beens who must adapt to new ways of doing things or become obsolescent, and very quickly. As proof, Tiffany writes that the early file format “GIF is on its deathbed,” largely because “GIFs have gotten way overused” and are no longer reflective of creativity or innovation. And because Gen Z associates them with millennials. More proof comes from the prominence of the “millennial pause” (waiting a split second after hitting “record” before starting to speak), no longer necessary in the age of Tik Tok, and from the decline of Instagram and Facebook. The solution lies, the authors say, in learning to give up old ways of interacting and adapting—quickly!

Of course we all have lived with shifting technologies all our lives, and many have become fairly agile at adapting to them—cross-generational adaptations, if you will. But I am still interested in and puzzled by the names of these generations and of how such titles tend not only to characterize people in a particular era, but stereotype them. In this regard, a writing assignment based on this concept of “generations” seems like a potentially useful one for students today. They might begin by interviewing grandparents (or great grandparents) and parents and asking them what they think about the “generation” their birthdates group them into. They can choose one of these “generations” and do research on it, finding out how it got its name, what its supposed characteristics are, major events that occurred during its span, and so on. Or they might do the same for their own “generation,” investigating its label and asking how well they feel that they fit, or don’t fit, into it. They can probe who is included in these “generations” and who is not: as I read about the “silent” generation, for example, it seems to me to include primarily white people, thus missing a huge and important segment of the population born during those years.

Finally, students might compose a piece of oral history based on their conversations with family members or friends. They might write proposals for alternative labels for one or more generations, along with evidence and examples to support them. Or they might write arguments for or against the whole tradition of naming generations. And even if you do not want to engage students in such a formal assignment, the concept of “generations,” their titles, their inclusions and exclusions, and their alternatives can make for lively class discussion followed by a short writing on a focused question.

As to the “end of the millennial Internet era,” I’d love to hear what students in your classes right now think of that!