Wading into Waters: Ruminations on Composition and Rhetoric at the Modern HBCU 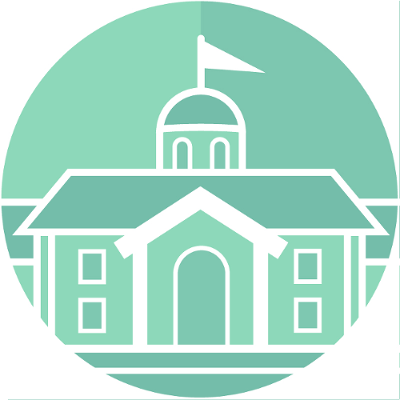 David F. Green Jr. is an assistant professor of English at Howard University. He is the director of First-Year Writing, and his research interests include African american and hip hop rhetoric, as well as critical language awareness and composition pedagogy.

In 2014 I taught an introduction to a rhetorical theory class at my respective university. It was a course that hadn’t been taught in so long that many of my colleagues assumed it was a special topics course I had created for the students. I was not surprised given the relative silence around rhetoric at many HBCUs in previous years. But the class was special to me for a variety of other reasons. The students were energetic for the most part, and willing to work with difficult texts. I was finally able to teach engage students in conversations about Hip Hop and rhetoric, and African American rhetoric in ways that privileged their own vernacular voices. One particular moment that stays with me from the class was a request for a recommendation letter from a student. He was a young, vibrant, black male student from New York City, not far from my home in Newark, New Jersey. Most requests for recommendation letters are for graduate or law programs, this one was instead for a judge, and I was asked to speak to the character of a student. The details of the student’s incident are not necessary to share beyond the fact that he had rolled with the wrong crew and had succumbed to bad decision making as many of us have from time to time.

The student had been a welcomed voice in my class that semester, one among a mixed group of inquisitive students grappling with a variety of rhetorical concepts and texts. He’d come into his own making sense of Kermit Campbell’s Gettin' Our Groove On and was able to apply much of Campbell’s discussion of vernacular voice, rap as rhetoric, and gangsta ethos to John Wideman’s Brothers and Keepers and produce a pretty good final paper exploring the ways a gangsta ethos is constructed to define individuals rather than describe particular positions taken by orators. Given his participation in the course and our talks in the office, I felt obliged to write the letter. He was given probation and allowed to return to school in the fall.

I mention this sequence for two reasons. First, the student request coincided with the 2014 HBCUs and Composition conference at North Carolina Agricultural and Technical State University (North Carolina A&T University) in which a group of composition specialists at HBCUs met to discuss our pedagogy, our students, and our goals over a two-day period (see A Spark Ignited: What’s Going On with Composition and the HBCU). And second, the student’s request reminded me of a short essay by Keith Gilyard entitled, “The Social Responsibility that Is Writing—and Writing Instruction Too.” In the essay, Gilyard makes a convincing argument about the need to recognize one’s writing and literacies as relevant to the social stances one might take and the political values revealed through one’s acts of composing. Of import to me is Gilyard’s observation that without careful examination of the what, how, and whom one teaches, literacy becomes an equally powerful tool in reinforcing inequality rather than ameliorating it (23). Now I’m not making the case that my reference letter for my student enacted a type of social justice, rather I am suggesting that the choices we make as instructors have material effects on the broader social world, as well as the imaginative possibilities we consider for students.

The social responsibility that is writing instruction has been an indelible theme of composition and rhetoric at most HBCUs. Jelani Cobb’s recent editorial on Howard University, “Under Trump, a Hard Test for Howard University: A Historically Black Institution Confronts a New Era of Politics,” highlights this theme of social responsibility that continues to shape the legacies and relevance of HBCUs. Part of what came out of the 2014 HBCUs and Composition conference at the prestigious North Carolina A&T University has been an overt concern with how one educates learners of color in spaces designed for them. I think such a move contributes to broader efforts within academe to place anti-racist scholarship and teaching, and culturally sustaining work at the center of critical pedagogy and rhetorical studies. The press, from my perspective, has been the need to meet rising questions by youth and public culture about issues around race, state violence, and community. In the case of the 2018 HBCUs and Composition conference, the desire has been to provide more workshops, roundtables, and panel presentations that acknowledge the complex identities and critical intellectual work done at these institutions and build on them.

While much of the conversation about HBCUs has been about the lack of resources and the heavy teaching loads, enduring realities that remain rising hurdles for scholars in these spaces, it is important to recognize the research that continues to occur in these spaces as well. I am thinking about the important research on Hip Hop that Shawanda Stewart is doing at Huston-Tillotson, or the interesting research into writing studios that Karen Keaton-Jackson is completing at North Carolina Central University. This work takes on added value within HBCU spaces because of the way such work attends to the nuances of a predominantly Black and minority audience and their reception of these strategies. Such work begs for further scrutiny and asks us to consider:  Who is the learner of color in the 21st century and in what ways are we working to understand rather than flatten differences that exist among these learners? How do particular cultural traditions and techniques influence these learners and their views on the fiduciary and social responsibilities they must take up? These are the questions that animate me at the moment, and questions that remain at the center of our recent push to build on the important conference at North Carolina A&T University.  Professional responsibility demands that we expand the ways we think and discuss writing and rhetoric at the modern HBCU. For, it’s never merely about where you’re from but where you are at.

Campbell, Kermit. Gettin' Our Groove On: Rhetoric, Language, and Literacy for a Hip Hop Generation. Wayne State UP, 2005.