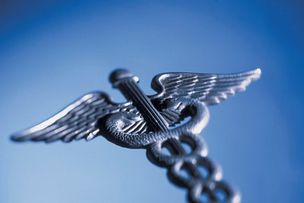 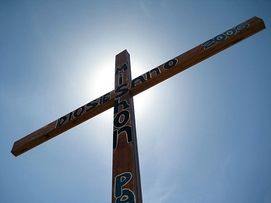 Despite the controversy surrounding vaccine mandates, they are already being enforced in many places. Additional vaccine mandates affecting many more people will go into effect by January. The people who refuse to receive the COVID vaccine cite a variety of reasons, the most common probably being that no one has the right to force individuals to be vaccinated against their will.

For a while, a popular refrain from people rejecting the COVID vaccine was that no one can require an individual to take an experimental drug. However, when a COVID vaccine was approved by the FDA for use beyond an emergency basis, that argument no longer applied. Some people, not surprisingly, feared getting the vaccine while they were pregnant. Tragically, some of the people who declined the vaccine died after contracting COVID-19, sometimes without ever having met their babies, even after the CDC encouraged those who are pregnant or breastfeeding to get vaccinated. Though some news networks continue to put out misleading information suggesting that the vaccine is not medically safe for specific individuals, those cases are, in fact, far less likely than the cases of unvaccinated people dying from COVID.

According to the CDC, there have been only two serious types of health problems after vaccination. One is anaphylaxis, which is an allergic reaction that can occur after any vaccination. Medical personnel can administer medication immediately to treat this reaction, which is why those being vaccinated are asked to wait 15-30 minutes before leaving. The other is Thrombosis with Thrombocytopenia Syndrome, or TTS, which has occurred at a rate of 7 per million vaccinated women between 18 and 49 and even more rarely for women over 50 and men of all ages. There have also been a handful of widely publicized cases of myocarditis and pericarditis in young adults after the second dose of the Pfizer or Moderna vaccine, but the CDC states, “These reports are rare and the known and potential benefits of COVID-19 vaccination outweigh the known and potential risks including the possible risk of myocarditis or pericarditis.” Other claims, such as Aaron Rodgers’s recent statement that he has not had the vaccine for fear it will affect his fertility, are not supported by medical science.

The final resort for anti-vaxxers even before the first known case of COVID-19 was to claim a religious exemption. According to Immunize.org, in May 2021, 42 of the 50 states allowed religious exemptions for the vaccines required to attend public school. Between 15 and 17 allowed more vague  “personal” exemptions, depending on which and how many immunizations were involved.

Consider the claims being brought before America’s courts regarding religious exemptions to the COVID vaccine, and the arguments behind them.

Claim: I should not be required to take the COVID-19 vaccine.

Support: It is against my religion.

Warrant: I should not be required to do something that is against my religion.

A claim is only as valid as its support and the warrant that connects the two. And, as NPR has wisely summed it up, “There’s a lot to unpack there.” I will try to unpack it in terms of the arguments behind the headlines in my next blog post.

Image Credits: 78521431 from Jon Tester is a public domain image. Cross by Mingo Hagen is licensed under CC by 2.0.