One of my students in a popular cultural semiotics seminar recently wrote her term project on the reality television “Real Housewives of .  .  .” phenomenon. Not being a fan of such shows myself, it took her paper to prompt me to think seriously about the whole thing for myself. And I realized that such shows instantiate a far more profound cultural signifier than I had heretofore realized. The following analysis represents my thinking on the matter, not my student’s.

As is always the case, my semiotic analysis centers on a crucial difference. The difference in question here is not simply that between the actual realities of the lives of ordinary housewives as opposed to the reality TV versions, but also the difference between their current television representations and those of the past. That is, not only do most actual housewives lack the wealth, glamour, and business opportunities of the “Real Housewives” of Beverly Hills, New Jersey, or wherever, but their television counterparts of the past did, too. The classic TV housewife, enshrined within the history of the family sitcom, was an asexual middle-class woman who was totally focused on her children: Think June Lockhart, Jane Wyatt, and Barbara Billingsley.

But this is an easy observation to make. More profoundly, however, is the fact that the reality TV housewife has become an object of desire for her largely female audience. Rather than being seen as a hapless drudge of patriarchy, the reality TV housewife is a vicarious role model, even when she doesn’t found her own business enterprise and simply stays at home. What caused this change in perception?

To answer this question, I considered the frequently reported economic fact that household incomes for the vast majority of Americans have been essentially stagnant, when adjusted for inflation, over the last four decades. Now, add to this the exponential inflation in the costs of such basic necessities as housing and transportation and you get the modern two-income family: not necessarily because both partners in a marriage want to work, but because in order to maintain a middle-class household two incomes are now more or less essential. Certainly the efforts of the women’s movement have contributed to the enormous growth of women’s participation in the workforce, but the new image of the reality TV housewife suggests that something else is at work here as well.

That is, with the housewife being presented as a fortunate woman who doesn’t have to work, it seems that American women are nostalgic for the “good old days” of a time when they didn’t have to work just to maintain a middle-class home. The fantasy now is to be a housewife, not to escape the role. That’s quite a change.

Just how much of an effect on American consciousness in general this stagnation of incomes has had is probably one of the most important social questions of our time. Can it help explain the hostile polarization of our political landscape, our dwindling sympathy for others in an increasingly libertarian environment, the growing resentment of middle-class workers (especially unionized workers) with decent jobs and benefits? I think so. And this will be a topic for future blogs of mine. 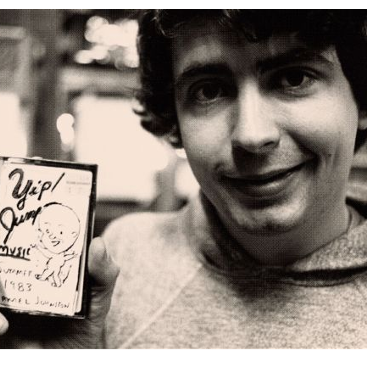 There may be another layer at work here that's worth mentioning. I think its important to point out that although housewives may have aspired to be like their television counterparts in the sitcoms of yesteryear it might not always be the case that the series Real Housewives resonates with today's audiences in the same way. Why?

Because the Housewives' producers, inline with so much Reality TV output, are not glorifying these women, they are mocking them. For some, that may not matter or even be apparent. But others are in on the joke. You've referenced this point in a separate post, about how shows like Jersey Shore and My Super Sweet 16 essentially roll tape on idiots to inspire a sense of superiority in viewers. It's the same reason I watch cringe compilations on Youtube if I'm feeling a rut of low self confidence: its not because I suddenly want to be a Brony or a drive-thru food reviewer...its because I instantly feel better knowing I'm not that person.

It's not a valid claim to say that this is an inherent trait of all Reality TV, there are some shows (e.g. Sharktank, Undercover Boss) that take themselves plenty seriously. But housewives does not.  How can we know for sure?

We have to look at an all too underappreciated component of video media. Something we don't always consciously track as we consume television, but which affects us tremendously, and that's the music. The music always tells us exactly where we need to be emotionally as viewers, even if we're not consciously thinking about it (I wonder if James Livingston would have been so direly misinterpreted if somehow a few measures of mischievous violin pizzicato ala Looney Tunes magically piped through as people read his post.) The music in Housewives, particularly in ad teasers of the show that run on Bravo, tell us what most of us already know: that upper class house wives have too much time on their hands, get bored, and then have to create drama among themselves to pass the time--and its ridiculous.

Are there people out there watching this show that want everything these women have? You betcha. And I could make some educated guesses about their demo and psycho graphics. But I wanted to make mention of that audience segment who use Housewives as purely mindless entertainment as well. Like rubbernecking to watch a car crash: you don't envy the passengers, but you have to see what's happening.

Taking it a step further, I would offer that Housewives may even have a particularly unique allure to middleclass viewers who suffer from financial anxiety; viewers who may feel a sense of catharsis as the show helps them to confirm how ridiculous and out-of-touch a person may become when coming into extreme amounts of wealth, which one could argue is the backbone proposition that supports the whole show.  The idea that I voluntarily maintain my middleclassdom because "money just makes you crazy" may be an easier truth to get into bed with at the end of the day than the fact that you just don't have the dumb luck, charm, physical attraction to land a beau who's loaded to the gills.

Excellent analysis, AJ.  You've put your finger on a highly significant component of the overdetermined appeal of most of pop culture.  The same sort of thing that you note with respect to Real Housewives was at play in the heyday of the professional wrestling fad:  one part of the audience took the theatrics seriously, while another (perhaps larger?) part saw the whole thing as hilarious camp.

This is an important factor to keep in mind when analyzing pop culture:  a diverse audience entails diverse significations.

About the Author
Jack Solomon is Professor Emeritus of English at California State University, Northridge, where he taught literature, critical theory and history, and popular cultural semiotics, and directed the Office of Academic Assessment and Program Review. He is often interviewed by the California media for analysis of current events and trends. He is co-author, with Sonia Maasik, of Signs of Life in the U.S.A.: Readings on Popular Culture for Writers, and California Dreams and Realities: Readings for Critical Thinkers and Writers, and is also the author of The Signs of Our Time, an introductory text to popular cultural semiotics, and Discourse and Reference in the Nuclear Age, a critique of poststructural semiotics that proposes an alternative semiotic paradigm.
Related Articles