Underlying Assumptions and the Pandemic 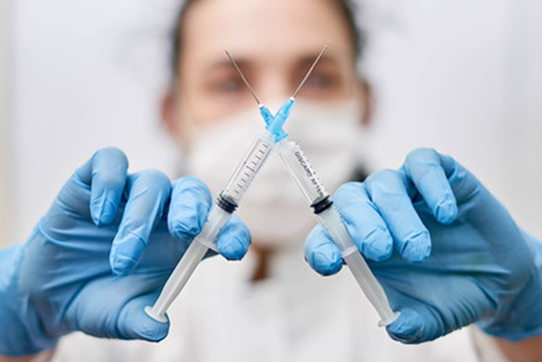 If you have used Elements of Argument or Structure of Argument through multiple editions, you have seen us change our use of the basic Toulmin term warrant. It is a difficult term for students to understand, compared to the other two elements of the triad, claim and support. Although we still acknowledge Toulmin’s use of warrant, we have shifted to the more common term assumption. Whether we talk about warrants or underlying assumptions, however, today’s headlines make clear just how critical an understanding of those underlying beliefs is to argumentation and why, at this point in our political history, common ground is almost impossible to achieve.

A shared worldview makes agreement easy. If you are “preaching to the choir,” or communicating with people who share your views, you don’t really have to do any convincing. If a reader or listener does not already share your views but is open to considering what you have to say, you may be able to persuade them by elaborating upon your opinion. It can be as basic as advocating one product over another. A more expensive dishwashing detergent may not seem like a good buy until you point out that it is more concentrated and actually does more dishes for less money. Since you and your audience probably both like to save money, bringing someone around to your point of view is usually not too difficult.

The battle raging in America over vaccines will surely go down in history as one of the most significant clashes over values in our history. Humans have died for their values before. Martyrs throughout history have died for their religious or political beliefs. People who have fought in our many wars have died for various values they believed were worth their own sacrifice.

In my state, the number of deaths from COVID-19 just surpassed the total number of soldiers who have died in all wars since World War I. Think about that. More people have died of COVID here than died in World War I, World War II, the Korean War, the Vietnam War, Desert Storm, Operation Iraqi Freedom, and Operation Enduring Freedom combined. Many died before there was a vaccine. A tragically large number continue to die.

What is it in their belief system—what assumptions underlie their reasoning—that make it impossible for some, even on their deathbed, to admit they are dying of COVID, a terrible disease, but one for which there has been a safe and effective vaccine for months? We know from our study of logic that a conclusion is only as valid as its premises. If the major premise is that a vaccine should not be taken if it is dangerous, and the conclusion is that they should not take the vaccine, there are a range of statements that serve as the minor premise of their syllogistic reasoning: It’s toxic. Hundreds of thousands of people have died from the vaccine. It was developed too fast. It’s experimental. It will make me magnetic. None of those statements is true, and thus the conclusion cannot be true, based on those minor premises. People continue to deny facts about the vaccine because they have been told not to trust the mainstream media, where those facts are readily available.

Others argue that the government does not have the right to mandate vaccination, in spite of the fact that vaccinations have been required for decades for public school attendance. Other requirements designed for public safety, such as mandatory seat belts and motorcycle helmets, have also been around for years. Refusal to comply in the case of the COVID vaccine is especially adamant because the issue has been politicized beyond all reason. It boils down to the belief that the government does not have the right to force American citizens to be vaccinated, or even to wear a mask. Will anything change the minds of those opposed to the vaccine? Some have changed their minds after recovering from COVID; more seem to change their minds when it is too late for them to be saved but may not be too late for their loved ones. Short of that, the concern for others around them that might be infected, including children too young to be vaccinated, has not been enough to outweigh the concern that their rights are being taken away. Workers have been attacked for trying to enforce mask mandates or a vaccination requirement. Airplanes have had to return to the terminal because passengers refuse to wear a mask.

A popular meme reads, “I was asked, ‘You’re willing to lose friends over politics?!!’ I said, ‘I am willing to lose friends over morals. HUGE difference.’” The warrants that underlie our arguments about such issues as abortion, racism, gender identity, immigration, and COVID are deeply embedded in our moral code. Thus, the strong feelings and, yes, the anger continue to engulf our country. As bad as the pandemic is, the rift in our country will unfortunately still be here when COVID is gone.