It is with much sadness that I begin this inaugural blog of the 2021-2022 Bits blogging season, for this is the first of scores of such mini-essays that I have written here over the years that I have not been able to run past my late wife and fellow author, Sonia Maasik, whom I always relied on to make certain that I was not running off the rails in some way or another before hitting Send. I'm on my own now, and must serve as my own editor. Still, I know that Sonia would want me to continue. So here goes.

As I have scrutinized American popular culture over this long summer, which began in post-pandemic hope and is ending in Deltaic disappointment and dismay, it has struck me that if there are any new television (or should I say "streamavision"?) series or movies that make the COVID-19 pandemic an explicit, or even metaphoric, theme or background, they haven't made much of a splash. Of course, the long lag time between creative concept and actual release may explain this (though it feels like forever, the pandemic is still less than two years old—probably insufficient time to conceive and produce a film or TV show), or perhaps the long run of The Walking Dead (which is, after all, centered on a pandemic), has exhausted the metaphoric possibilities. Then again, any day now there may be an announcement of a soon-to-be released COVID-19-related movie or TV series. We'll just have to wait and see.

But if the pandemic hasn't stimulated (at least yet) any significant reflection in American popular culture over the past few months (its political manifestations are another matter entirely), America's culture wars most certainly have, and I find striking signifiers of this in HBO's Succession and The White Lotus, along with FX's just-released Y: The Last Man.

At first sight, these programs would not seem to have enough in common to signify much of anything. The first premiered well before the pandemic hit, and is a rather obvious successor (pun intended) to such rich-families-with-business-empires-behaving-badly vehicles as Dallas, Knot's Landing, and Falcon Crest, while the second (which appeared just this summer) is a kind of Love Boat turned upside down, featuring the hapless hosts and patrons of a luxury resort in Hawaii. The third, for its part, brings an apocalyptic comic book series to television that featured a near-total extinction event of all Y-chromosome-bearing organisms. So what's the connection?

The semiotic link lies in the way each series answers, in a different way, the question that, as Kathryn VanArendonk puts it in her essay "TV's White Guys Are in Crisis," "preoccupied" television all last summer: viz., "What should happen to men?". Not all men, mind you, but, rather, all the "white guys who used to be default protagonists on TV and in American life, all of the beleaguered dads, bad bosses, authoritative leaders, and wild-card mavericks, [who] are no longer the main characters." And Succession, The White Lotus, and Y: The Last Man offer three examples of just how the television industry has responded to this question. 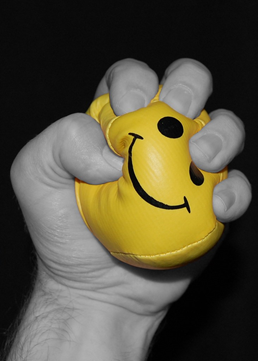 Coming first to TV, Succession's response relies on an old, tried-and-true Hollywood tradition of playing upon the fundamental ambivalence on the part of America's middle class towards wealth and privilege. At once fascinated by the rich (and hoping to join them one day), middle-class viewers have always been attracted to entertainments that cater to their desire to see how the really wealthy live (Lifestyles of the Rich and Famous), while being reassured of their moral superiority to upper-class shenanigans.  This explains the huge success of the Dallas franchise and all its imitators, and it continues to be effective right up to the present. Thus, what Succession does is to play the class card by presenting upper-class white male characters who are at once the series protagonists and its antagonists: still the center of attention (though, of course, there are upper-class women in the mix as well), but morally inferior to their largely middle-class audience.

The White Lotus, for its part, borrows from the more recent (but very well established) television tradition of the "dysfunctional" family sit-com, whereby the fathers who once knew best became the Al Bundys and Homer Simpsons that would change the face of TV comedy. Accordingly, the (white) fathers of The White Lotus (the double entendre of the show's title is inescapable) are, as VanArendonk puts it, "ridiculous," with the emphasis being on their whiteness. Race, then, as well as class, shapes the show's answer to the dilemma of how to portray white guys in an era of woke TV.

Finally, Y: The Last Man offers the most complicated response to VanArendonk's posited question, this time focusing on gender rather than race or class by inviting its viewers to imagine a world without men, a world where women are in complete charge because there is only one man left on earth (along with his Y-equipped monkey). What makes it complicated is that the situation is not presented as some sort of post-masculine utopia; rather, the characters recognize that without men the human species faces biological extinction, which turns the whole story line into a desperate quest to keep "the last man" alive until some sort of reproductive solution can be found.

For her part, VanArendonk proposes an alternative solution to the problem of the white male protagonist. As she puts it, TV "could just forget the Main Guy altogether, at least for a while (and it’s worth noting that most recent shows led by creators of color do not frame white masculinity as the fundamental obstacle for their characters) .  .  .  It would be so much more pleasant to erase his history, to eliminate his assumed protagonicity and make him like everyone else, a guy whose moment comes and goes, a team player."

Or, to offer yet another alternative, maybe television scriptwriters could work on creating fully-rounded characters rather than caricatures.

Image Credit: "stress" by bottled_void is licensed under CC BY 2.0