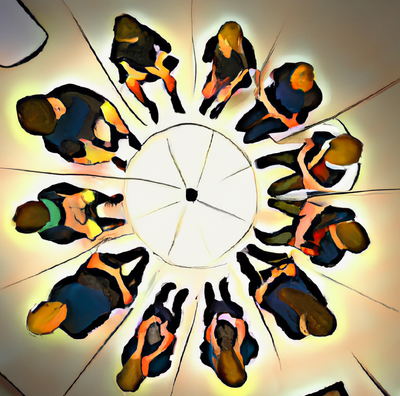 This past summer, I have enjoyed attending some of Shawna Shapiro’s “Salons,” online discussions on topics related to language, language learning, and especially, critical language awareness (CLA), about which Shapiro has recently published an excellent book, Cultivating Critical Language Awareness in the Writing Classroom. I was very glad, then, when I learned that the Salons would continue, and recently I had the opportunity to attend one dedicated to translingual and second language approaches to teaching writing. This Salon, held on October 7, featured Shapiro in conversation with Professors Zhaozhe Wang (from the Institute for the Study of University Pedagogy at the University of Toronto) and Qianqian Zhang-Wu (Director of Multilingual Writing at Northeastern University). Shapiro was particularly interested in these scholars’ views on the relationship between translingual and second language approaches to the teaching of writing in general and on how both approaches related to critical language awareness in particular. Underlying the whole discussion was the question facing all teachers of writing today: what should be our major goals in teaching writing to students today?

Early in the conversation, Wu—referencing an article on "'Monolingual' Students as Multilingual Writers” (see the September 2021 issue of College English, pp. 121-137)—told the story of one “monolingual” student who drew a memorable picture of herself showing her multiple languages: her brand of “standard English,” her “Buffalo English,” the “language of her heart,” “the language of her lips,” and so on, making the point that we are all in some senses multilingual. This realization allowed this student to engage much more productively in Wu’s class. Wu went on to describe her own approach to teaching writing, saying that critical language awareness is “broader” than either the translingual or the second language approach and arguing that bringing students to full CLA can be the goal of both approaches.

Wang opened his remarks with another reference to College English, citing “Clarifying the Relationship between L2 Writing and Translingual Writing: An Open Letter to Writing Studies Editors and Organization Leaders” by Dwight Atkinson, Paul Matsuda, Christina Ortmeier-Hooper, Todd Ruecker, and Steve Simpson and noting that this relationship had been a fraught and contentious one for years.

I take the point and importance of these two articles, but I’d like to add a third which, to me, sets the scene for dialogue and collaboration particularly well: Julia Williams and Frankie Condon’s “Translingualism in Composition Studies and Second Language Writing: an Uneasy Alliance,” in the December 2016 issue of the TESL Canada Journal.

Reading—or even skimming—these three articles provides an overview of the “contentious” or “uneasy” relationship these authors document. To oversimplify greatly, translingual and second language approaches have strong advocates. But they also have critics who argue that translingualism verges on the idealistic or pie-in-the-sky at best and “anything goes” at worst (charges hotly debated by numerous scholars, including Suresh Canagarajah and Ofelia Garcia)—and that the second language approach denies students access to a variety of dialects and languages (also hotly debated by Paul Matsuda, Ilona Lecki, and many others).

The discussion in Shawna Shapiro’s CLA Salon touched on these critiques and others, but also made attempts at rapprochement, especially in terms of relating both approaches to critical language awareness as a set of guiding principles in the writing classroom, aiming to raise awareness of issues of power and privilege, to help students understand the history of “standard” languages in the U.S. and elsewhere, and to set themselves and their own learning in the context of this history. And this part of the discussion led back to the question posed earlier: what should be the goal of the writing classroom? Arguing that proficiency in “standard” English is not enough, that “anything goes” is not enough, and that just “awareness” is not enough, Shapiro suggested this formula as a goal:

How I wish there could be another Salon devoted to this formula, opening it for debate and discussion and criticism.  To my mind, there is much to like about it, much to admire—especially the end focus on student agency. I would suggest, however, that one key word missing from this formulation is CHOICE. Perhaps you might say that awareness, action, and agency aren’t possible without choice—and I would say “exactly so—that’s the point.” Discussions of rhetorical situations have long held that choice is both sufficient and necessary for a situation to be deemed “rhetorical.” I agree.

And so to me, pedagogies, curricula, and teaching that make real choices available and possible are the ones we should be supporting. Toward that end, we can make use of principles and practices drawn from translingualism, from second language writing, and from critical language awareness. All in the service of our students being able to exercise extensive choices.