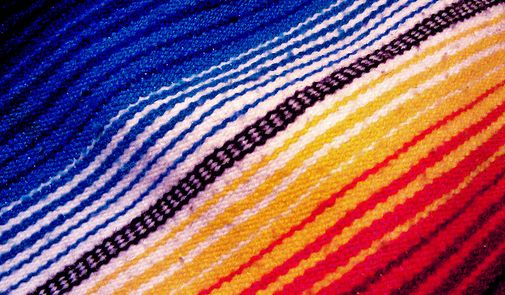 On November 5, I had the great pleasure of attending a webinar on Mexican American rhetorics held by Stanford’s Program in Writing and Rhetoric (PWR), my intellectual home for the last 15 years of my career. The Program’s faculty director, Adam Banks, who had conceived the webinar, opened the program by announcing that PWR has been approved to offer a new “notation” in cultural rhetorics and that he and Zandra Jordan, the brilliant director of Stanford’s Hume Center for Writing and Speaking, would be team-teaching the inaugural course in the new program during winter term. A “notation” in Stanford-speak is a designation that appears on a student’s transcript indicating that the student has taken a concentration of related courses—something akin to a minor but allowing more latitude in completing the required work. PWR has offered a very popular and successful notation in science communication for several years, so the cultural rhetorics notation will join that one among PWR’S undergraduate offerings.

What Adam and Marvin Diogenes have done in bringing these notation programs into existence is just short of miraculous, given the traditional marginalization of writing at the university (as at other so-called “ivy” schools), so to say I was delighted is an understatement. As I learn more about the notation and the new course that Adam and Zandra will begin teaching in January, I will write more about the substance of both, and perhaps about the more-than-lively conversation about “pluriversal” as opposed to “cultural” rhetorics going on online right now.

In the meantime, the webinar on Mexican American rhetorics provided a great deal of food for thought. Professors Gabriela Ríos, Aja Martinez, and Jaime Mejía kept me on the edge of my seat during the two-hour session. In “One South Texas Chicana’s Theory in the Flesh,” Ríos spoke of “testigos de maíz,” telling us something about her childhood in the Rio Grande Valley; about her mother’s refusal to sign slips to allow her to go on always racist “field trips;” about pre-colonial stories like the one about how Crow became human; about her own growing awareness of what it meant to be indigenous, to be human, and to be mestizaje; about how these states of being correlate, contradict, or shift; and about how mestizaje might be made to encompass indigeneity without simply accommodating to white culture. All questions and issues for a Mexican American rhetoric.

Aja Martinez presented “Encomium of a Storyteller: Grampa Alejandro’s Mexican-American Rhetoric,” introducing us to her grandfather and his use of stories that provide a counternarrative to the master tropes of white western U.S. mythology. Such counternarratives serve as a major Mexican American rhetorical method, along with family histories and traditions, testimonios, and cuentos. All part of Mexican American rhetoric(s).

In his presentation, Jaime Mejía cited Adam Banks’s and Keith Gilyard’s On African American Rhetorics, suggesting that it provides inspiration for a much-needed volume that might be called On Mexican American Rhetorics. Indeed, the need for such a volume is pressing, given not only the role of Mexican languages and culture in the U.S. today but also the enormous richness of the topic and the exemplary body of work that scholars can draw on to illustrate and exemplify the principles and values and methods of such a rhetoric.

Mejía’s title, ”Crossing Over and Crossing Back, Over and Over,” provided a key term a Mexican American rhetoric could build on. In his presentation, Mejía described his own multiple and layered crossings, from the Texas/Mexican borderland of his youth to his time in PWIs for graduate school and teaching to the significant crossing over he did in March 2020 when a routine trip to his “home home” in the valley turned into an 18-month stay during the pandemic. Living there during this time made him aware of how much “crossing over” was going on, both literal and figurative, and this lived experience brought him “closer than studying the borderlands through academic books ever could”:

The dynamic rhetorical dimensions of crossing over are clearly working in many ways for most of the people living in the Valley, dimensions operating through people, their varied cultures, and their unique cultural discursive practices. My experience down there during this time showed me how much more difficult living among white people can be, as they often don’t possess the ability nor the desire to cross over.

Mejía’s discussion of crossing over took me back to Maria Lugones’s concept of “world traveling,” a kind of crossing over into another person’s world that allows the traveler not only to understand but to love that world and to become new in important ways. (See “Playfulness, World Traveling, and Loving Perception,” in Hypatia, Summer 1987, pp. 3-29.)

A volume devoted to surveying and outlining Mexican American rhetorics could make good use of the world traveling and crossing over tropes, along with a number of other moves and methods discussed during this thoughtful and provocative webinar. My hope is that these three panelists might undertake such a project—and the sooner the better.

Having such a volume, along with Gilyard and Banks’s On African American Rhetorics and Lu Ming Mao’s Reading Chinese Fortune Cookie: The Making of Chinese American Rhetoric—my goodness, how I would love to teach a course using these three books and how I would love introducing today’s undergraduates to the nuances of each and of helping them learn more about the rhetorical strategies and methods of their own “home home” cultures and languages. For today, though, I am grateful for the steps scholars like Ríos, Martinez, and Mejía are taking to illuminate the contours of Mexican American rhetoric.

Image Credit: "Mexican Blanket" by Ms. Phoenix, used under a CC BY 2.0 license