Tools for Democracy in the Writing Classroom 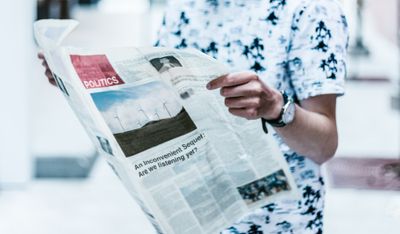 As we approach the midterm elections, we’re steeped in the inflammatory rhetoric of polarizing advertisements and debates that are often just an exchange of zingers, if they happen at all. A recent New York Times analysis reveals that fewer candidates are showing up for those public conversations: “Many candidates are sticking instead to safer spaces: partisan news outlets, fund-raisers with suppo....” With dwindling models of democratic rhetoric in the public sphere, our writing classrooms can be a space where we offer tools for students as they gain confidence in understanding what’s at stake in political conversations.

Past Bedford Bits writers have offered inspiring classroom activities that are both evergreen and timely. For example, Tracy Gardner offers a Political Meme Scavenger Activity in order to “discuss argument and persuasion, the underlying political messages, symbolism, language strategies, and visual rhetoric.” With “Grumpy Cat” as a hook (though you could select your own meme), it’s an appealingly accessible assignment that moves students toward deeper conversations about effective communication.

Donna Winchell has a similarly adaptable assignment for looking for logical fallacies in political discourse. You could certainly add additional logical fallacies to her suggested list (though a class can get pretty far looking for examples of “hasty generalization,” the “straw man” fallacy, and the “either/or” fallacy.

In the sixth edition of our book, From Inquiry to Academic Writing, co-authored with Stuart Greene, we offer readings and assignments that might help students understand why some of the most polarizing political conversations right now are happening in school board elections. After all, those debates are often, quite literally, about what counts as essential knowledge. In our assignments, we invite students to consider their own experiences with high school textbooks in relation to David Tyack’s pithy essay, “Whither History Textbooks?” and Alia Wong’s more extensive, “History Class and the Fictions of Race in America.” By better understanding the business of textbook production, and critically analyzing the extent to which they were invited to learn historiography in their own high school classrooms, college students can start to see the power dynamics involved in all knowledge production. That framework can deepen students’ analysis of every piece of writing in your classroom, and beyond.

As we all grapple with this particularly worrying moment for our democracy, it might be eye-opening to invite our students to consider Jonathan Haidt’s argument, from the May 2022 Atlantic Monthly, in which he explains our current polarization this way:

Heidt blames social media for weakening all three. As he says, in 2009,

Shortly after its “Like” button began to produce data about what best “engaged” its users, Facebook developed algorithms to bring each user the content most likely to generate a “like” or some other interaction, eventually including the “share” as well. Later research showed that posts that trigger emotions—especially anger at out-groups—are the most likely to be shared.

Your students will have plenty to say about these claims and their experiences of using social media, even if they have left “old peoples’ Facebook” far behind.

Whether or not you decide to analyze political rhetoric in your classroom, your students are experiencing the volatility of this cultural moment every day. Our writing classrooms are just the place to help them gain confidence in understanding the crisis in our democracy, and how language has been part of the problem and must be part of the solution.

Photo by Priscilla Du Preez (2017) used under the Unsplash License.