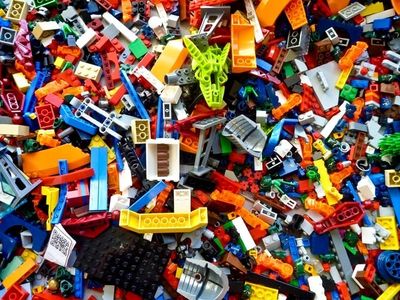 Free to use under the Unsplash License

In his essay “Remediation at the Crossroads,” republished in 2012 in Teaching Developmental Writing 4e, Mike Rose considered the “national attention–public and philanthropic” paid to what was once widely called “remedial” education. “To make significant changes,” Rose writes, “we’ll need to understand all the interlocking pieces of the remediation puzzle, something we’re not oriented to do” (29).

In the decade since, the pejorative term “remedial,” with its connotations of damage needing to be fixed, has fallen out of favor. Instead, the focus is on building on students strengths. BIPOC educators emphasize and enact pedagogies such as Counterstory, which “provides opportunities for marginalized voices to contribute to conversations about dominant ideology” (Aja Martinez), Anti-Racist Black Language Pedagogy, which “centers the linguistic, cultural, racial, intellectual, and self-confidence needs of Black students” (April Baker-Bell), “abolitionist strategies” that “love and affirm Black and Brown children” and “seek new possibilities for educational justice” (Bettina Love), and “culturally sustaining pedagogies” that “sustain the languages, literacies, and cultural practices of students and communities of color” (Django Paris and H. Samy Alim ). These pedagogies hold in common affirmation, reparation, and the elimination of harm.

Remedial and deficit models always cause harm for students, and Rose recognized this. Throughout his long career, Rose contemplated the impact of social class in postsecondary education, and he feared that the coming changes would concentrate on “profiles of remedial students” as “profiles of failure” (29)  He hoped that the reforms would take into account students’ demonstrated potential for success at the postsecondary level (29), and he worried that “for all the hope and opportunity”  promised by the reforms, “our initiatives lack the kind of creativity and heartbeat that transform institutions” (30). In other words, Rose believed that the reforms would perpetuate harm to students rather than eliminate it, something that would eventually harm postsecondary institutions themselves. A decade later, throughout the duration of the coronavirus pandemic, postsecondary enrollment has decreased by over 10 percent in public and for-profit postsecondary institutions, and “public two-year colleges have been hit the hardest: enrollment in the sector has fallen by 13.2 percent since fall 2019” (Whitford). While correlation is not causation, and the economic consequences of the pandemic preclude a universal return to normalcy, it is hard not to wonder if one aspect of these declines (exacerbated and increased by the pandemic) relates to a lack of institutional transformation.

In practical terms, I want to return to Mike Rose’s opening metaphor, “the interlocking pieces of the remediation puzzle, something we’re not oriented to do” (29).  For me, a puzzle suggests a final product, as if the interlocking pieces offer a perfect fit that solves the enigma. I agree with Rose that postsecondary education is “not oriented” to either understanding how the pieces interlock, or how “to make significant changes” that serve the greater good of the community.

For this reason, the photo at the beginning of this post is not a completed puzzle, but a chaotic arrangement of lego pieces seemingly impossible to imagine as a completed project. This photo also appears as the first image in a slide show that I created for my online classes to explain the processes of working toward completion of their first writing project for the semester. While metaphors might not immediately solve seemingly insurmountable problems, perhaps, visual metaphors can help with thinking outside the box—even as teaching continues inside the boxes of Zoom rooms and powerpoint slides.

Four additional slides from the Writing Project 1 powerpoint conclude this post. The first slide offers two photos of my orange tabby cat Destiny as he descends a staircase. The staircase metaphor invites students to imagine writing step by step, as opposed to solving the impossible puzzle represented by the lego pieces. The next three slides, taken in Arizona and New York City, depict trees in different stages of thriving and precarity. These slides ask students to reflect on the care and attention needed for writing to flourish and to grow.

My hope is to reconceptualize writing, and perhaps even everyday life, as opportunities “to make significant changes” – in other words, as necessary, to practice revision.

Instead - think of writing as a process - step by step 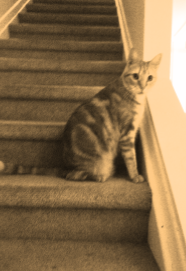 Consider the trees - a metaphors for the processes of writing 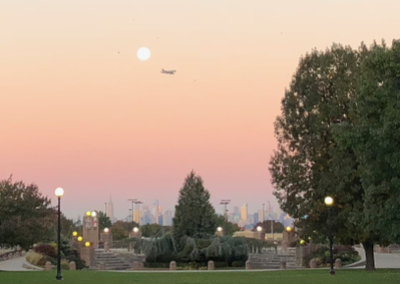 Without careful attention, trees are in danger of falling 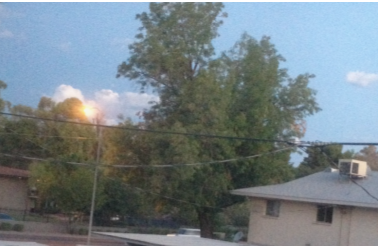 Well-tended trees have space to flourish and grow 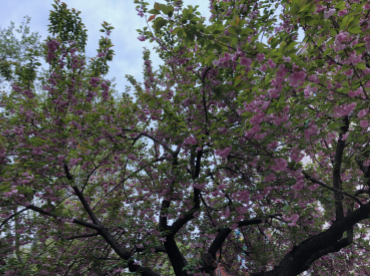