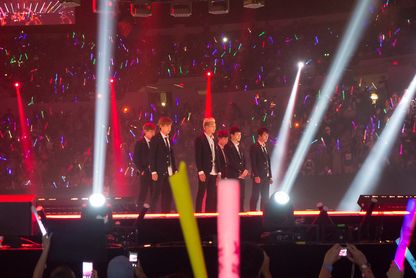 As I’ve been working on revising some of the textbooks I’ve written, I’ve been thinking hard about how to present research to students in ways that will speak to them where they live and where they are in life, and that will take them beyond Western paradigms of what research is, who can do it, and what counts as objects of and sources for research.

Looking back at my own training in research, I see that I got very little in the way of formal instruction. My PhD program in English asked me to take advanced courses in bibliography, of course, to learn my way around an array of bibliographical sources. We also studied various theories (textual criticism, deconstruction, new historicism, etc.) and their methods, which were, however, assumed rather than taught. And all of these courses were firmly grounded in Western ways of conceiving and carrying out research. As I entered the field of rhetoric and composition, I studied quantitative and qualitative methods of research—and used both to inform the largest research projects of my career—all again informed by Western concepts.

Only when I began seriously studying the art and culture of Indigenous Peoples (and particularly of the Haida of the Queen Charlotte Islands in Canada and of the Navajo Nation) did I begin to question how I had defined and conducted—and taught—research. And when I began studying and writing about “narrative justice”—people’s rights to their own stories—I learned even more about varying research definitions, traditions, and methods. (Click here and here for previous posts I’ve written on narrative justice.)

What I’ve learned has made “research” more and more exciting and engaging to me—and I hope to students as well. I’m thinking particularly right now of a first year student who came to my office to talk about “research” by which—I slowly realized—she meant MLA documentation style.  Research, I suggested, was so much more than a citation style: research begins with questions that deeply puzzle you, and the search to explore those questions may lead you to . . . well, wherever it takes you. As Candace Epps-Robertson puts it in her contribution to “Octalog IV: The Politics of Rhetorical Studies in 2021,” her research involves sources that

may not be in historical societies or university libraries. Some [sources] will be revealed perhaps as a fragment online, or others buried in a backyard shed. Perhaps others still are told in a language not my own. . . . Others won’t be shared at all because they’re too painful or too delicate to be revealed.

Epps-Robertson sees research as messy, sometimes haphazard, and potentially richly rhizomatic. Drawing on the insights of Gilles Deleuze and Félix Guattari—who conceived of research as nonlinear, calling for multiple and anti-hierarchical ins and outs, a kind of deeply networked activity of collecting, exploring, and interpreting—Epps-Robertson describes research she did on racism in relation to school closures as invoking “conversations in diners, back porches, and family reunions,” a kind of community-based inquiry that led her, often haphazardly, to voices that “may not always make it into an archive or text.”

Epps-Robertson goes on to describe an example of a community archiving its history and presence through a process that does not utilize a traditional Western approach but rather a rhizomatic one: the Korean band BTS and their global fandom ARMY. “This community,” she argues, “is creating and maintaining a type of decentralized rhizomatic archival network, resisting the notion that one database, one physical location, or one person can document a holistic history that crosses borders, languages, and cultures.”

Such a broader, more inclusive and extensive notion of research can help us understand the complex relationships between communities and archives—as well as new ideas about who counts as an “expert” and what counts as a “source.” Most important, it can take us and our students out into communities of practice where we can hear and learn from their work and the stories they tell about it. Such a broader concept of research will, I believe, engage students more fully in research—and potentially in their own communities. If you have examples of rhizomatic research assignments and/or projects, I would love to hear about them!