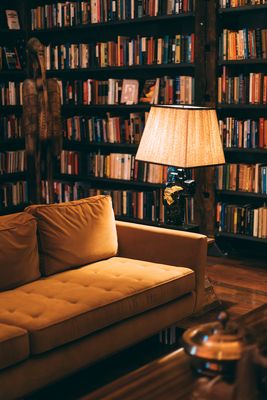 An example of "dark academia" aesthetic

Right before Halloween this year, Pamela Paul published an op-ed in The New York Times, “The Season of Dark Academia,” leveling some justified criticism at the “dark academia” aesthetic of social media fame, noting that far from the romanticized view popularized in the aesthetic, “real” academia these days is indeed dark, with 62 percent of the faculty “contingent” workers, with food insecurity rampant on college campuses, and with mental health issues skyrocketing. Paul, who is the author of eight books and former editor of the Times Book Review, says she can easily understand the appeal of an aesthetic like Dark Academia, which can offer a particular version of a “dream life” lived within the walls of ancient libraries. But she suggests there can be a pretty steep price to pay for this particular form of escapism, as her references to “real” academia make clear.

Paul’s discussion of dark academia got me thinking about internet aesthetics in general, which spread like kudzu during the 2010s and 2020s on social media sites like Tumblr, Instagram, and TikTok—from Cottagecore to Weirdcore, from Indie Kid to bisexual lightning, and many, many more. Linked to visual style/couture as personal style, internet aesthetics were so ubiquitous that Paul didn’t feel the need to spend much time identifying them and that the word “aesthetic” has morphed into an all-purpose adjective (as in “that’s so aesthetic”).

My students have, with great good humor, tried to match me to one or more aesthetics—always, I must say, to my surprise. It is always interesting to get a glimpse of how they see me, what they assume about my “style” and my likes and dislikes.

As a result, I’ve sometimes spent time asking them to do some freewriting about their relationship and reaction to internet aesthetics in general—and to how they understand their own personal styles in particular. Once they begin to write—and then to discuss—they often begin to point out the stereotyping inherent in such “aesthetics” and to mount criticisms of them as such. These discussions always lead us to consider the degree to which any kind of label attached to people can work to stereotype them, often in hurtful, harmful ways that don’t come close to capturing the “real” person so labeled. But students also point out that such aesthetics and labels can help create group identity, a kind of solidarity and togetherness that they found so sorely lacking during the pandemsic.

In so many words, they tell me to “lighten up and have some fun.” But I don’t give up so easily: so I remind them that it can be fun to try on a label—or an aesthetic—if you are the one doing the choosing, but a lot less fun when others are imposing them on you. Let’s think about that for a while and then think twice (at least!) before we make assumptions about people based on what we perceive their “style” to be or to say about them.

I wonder if your students are still using such aesthetics and, if so, what they see as their good—and bad—aims and uses.

Photo by Ricardo Esquivel from Pexels.