The War in Ukraine: Pop Culture Versus Reality 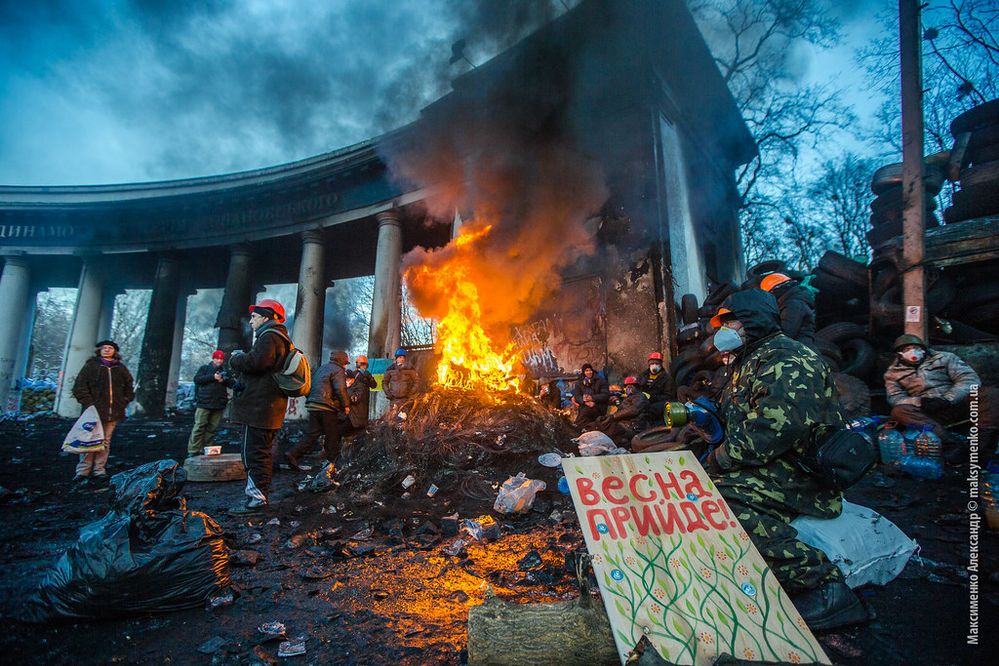 Day after day, the words and images of a war being waged by an absolute autocrat against an unoffending nation simply because he can fill the airwaves, confronting us with a burgeoning catastrophe that, among so many other feelings, can overwhelm us with a sense of sheer helplessness. Why can't we declare a no-fly zone over Ukraine, as President Zelensky implores us? Why have we impeded Poland's efforts to provide the Ukrainian air force with fighter jets? Anyone paying close attention to the war knows the answers to these questions: because the author of this war controls the world's largest nuclear arsenal and has announced his intention to use it as he sees fit. And this (I believe) unprecedented declaration not only prompts many of us to wonder about the sanity of such a man but also reveals the somber limitations of power in a nuclear-armed world. Not even during the Cuban Missile Crisis in 1962 was any such threat openly declared; the danger of nuclear annihilation was simply assumed.

As the war drags on and the threat of ever-more-devastating assaults on Ukraine's civilian population looms (not to mention further military "adventures" along Russia's western borders), I find myself wondering about the potential popular cultural response to it all. Saturday Night Live has already weighed in, but I am thinking more along the lines here of the war movie rather than satirical comedy, and that response, if it is to come at all, will take some time. So for the moment two quite different existing popular cultural depictions of war come to mind as I contemplate the war in Ukraine, movies that include the cinematic double-header Avengers: Infinity War and Avengers: Endgame, and the climax of television's "Game of Thrones." I'll begin with the Avengers films.

The parallels with the war in Ukraine are unsettling, for Avengers: Infinity War tells the story of an absolute ruler who annihilates half the population of the universe because he can, and no one can stop him. However, the parallels stop there because that's not the end of the story, for in the sequel a successful counterattack not only defeats the genocidal tyrant, it also resurrects his victims. Such a fictive outcome reveals the limits of popular culture, for while such movies can indeed explore, if only in metaphoric terms, the threats and challenges of dangerous times, they are constrained by the profit motive to provide cathartic, feel-good (or, at least, feel-better) conclusions. Absolute bummers just aren't as popular as happy endings, and the commercial pressures of the culture industry ensures that happy endings are going to be the norm.

And then there is Daenerys and her dragon Drogon—George R. R. Martin's equivalent of the Bomb. Since Daenerys deploys this weapon of mass destruction to destroy the Lannisters' evil empire, audiences are inclined to applaud its one-sided use against a dragonless population, but the show's creators complicate the matter by having Daenerys run amok (absolute power corrupts absolutely), thus bringing a disturbing new angle into the story line. But not for long: to paraphrase T.S. Eliot, popular culture can only tolerate so much reality, and so in the end Daenerys is eliminated as Westeros chooses constitutional monarchy, as it were, over absolutism—a reassuring conclusion to a violently anarchical fantasy take on the wildly anarchical contours of actual history.

It would be nice if such reassuring endings could be provided for the war in Ukraine. But the unentertaining reality is that there is no easy path to a happy ending here, only the dismal and unglamorous imposition of economic sanctions, cautiously ratcheted up step by step in the hope of stopping the invader without destroying the global economy in the process. Stay tuned.