The Middle Does Not Hold 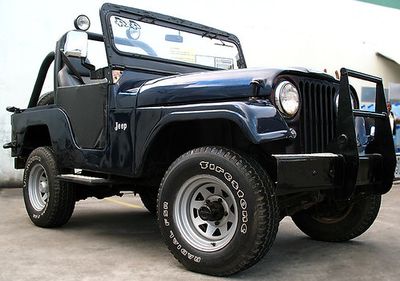 Bruce Springsteen's notorious collaboration with Jeep-Stellantis is now a part of Super Bowl ad history, and with good reason. For in this rather heavy-handed attempt to promote harmony at a time of severe political crisis, the Boss, it appears, has pleased no one. Commentary from both the left and the right excoriates his sentimental quest for "common ground" in a country that is bursting apart at the seams. Such is the stuff of which cultural-semiotic analyses are made, and I will accordingly pursue a brief one here.

The first thing is to set aside the question of whether or not Springsteen has "sold out" by abandoning his long policy of refusing to lend his superstar status to commercial appeals. While this has been a concern voiced by his fans, it is not really relevant to an analysis of the Jeep ad itself. And for what it's worth, I think that his motives were quite sincere in all this, with personal enrichment having nothing to do with his agreeing to take on the assignment. So this is hardly corporate caving by the Boss.

Nor do I want to get involved in the argument over the religious imagery that is so prominent in the ad (relevant as it would be to a more extended analysis). It's an "issue" (as they say) all right, as is the question of whether an American common ground can be found that could include the kind of people who think that the Holocaust is funny, or that breaking into the halls of Congress while brandishing Confederate battle flags is somehow a "patriotic" act. To do so would land me in a bog of political partisanship that would lie outside of a dispassionate semiotic analysis.

Rather, what I want to focus on is the extraordinarily outdated semiotics of the ad itself, which seeks to present a vision of an America united by the imagery of a pre-industrial, rural land. This is signified by everything from breathtakingly beautiful shots of snow covered prairies and empty wide-open spaces to even Springsteen's cowboy hat and scuffed boots. Brief shots of urban scenes interspersed between the longer, more lovingly presented panoramas of unspoiled nature—along with barns and silos—do little to obviate the message that the geographical center of America is also its moral center: the Heartland at the core of American being that has been so much a part of the Farm Aid benefit concerts.

Except that this is two economic transformations behind the times. America's industrial revolution began the shift from a rural to an urban society in the nineteenth century.  The late twentieth century saw the abandonment of the industrial economy for a post-industrial restructuring that transformed much of the American heartland into a financially stagnant Rust Belt now overwhelmed by opioid abuse. The result has been one of geographical socio-economic dispersion, with America's wealth concentrated in urban centers from Seattle to Silicon Valley (and Beach), Boston to Atlanta, and every city with a strong hi-tech and/or financial services economic foundation, while the rest of the country has been left behind. Just look at an election map: blue-voting America constitutes only a small fraction of the actual land area of the nation; the rest is red, and increasingly impoverished.

So by seeking to make a metaphor of national harmony out of the cartological placement of a small chapel in Kansas, the Jeep ad simply misses the point. The American dream itself has been so decentered that it can no longer be found in most of the country. (And lest the rich urban centers start feeling smug about their situation, they too have been fractured into an ever-wealthier upper-middle to upper-class caste, squeezing out a middle-class that can no longer afford the rent and gentrifying the ever-shrinking enclaves of the poor.) Basically, an America that has prided itself on building the largest middle class in history now finds that there is no longer any "middle" there.

No amount of sentimental advertising harking back to an America that no longer exists is going to change such a situation. Thus, the most significant part of Jeep's Super Bowl sermon is that, apart from some fleeting glimpses of a few people scattered here and there in the ad, Springsteen is all alone, interacting with no one. The American dream has become just that: a private dream, which the ad so much resembles in its cinematography and overall esthetic presentation.

Epilogue: Or perhaps a private nightmare, for after I completed this blog the word went out that Jeep has pulled the ad due to an embarrassing Springsteen DUI bust that has suddenly broken cover. Somehow, I think that this is simply a pretext to erase yet another corporate attempt to commodify sweetness and light that backfired.  Maybe the Boss should have consulted with Kylie Jenner before signing on to this thing.

"Jeep" by Eduardo Pelosi is licensed under CC BY-ND 2.0