The Last Picture Show: or What Would the Frankfurt School Think?

The continued damage that the COVID-19 pandemic is doing to the traditional movie theater industry has gotten me thinking about, well, the traditional movie theater industry and those days when seeing a movie meant "going to the movies," because that was the only way for an ordinary person to see one. My thoughts on the subject are neither personal nor nostalgic, but are, rather, of a more scholarly kind, causing me to reflect upon the truly seminal work of the Frankfurt School that—along with the semiological experiments of Roland Barthes and the collective work of The Birmingham School of Cultural Studies—pioneered the study of popular culture as a serious subject for cultural critique in the middle part of the last century. Since contemporary cultural semiotics would not be what it is today without them, I think that a brief refresher course on their attitude towards what they called "the culture industry" (with the movies especially in mind) would be useful in a blog devoted to teaching popular cultural semiotic analysis. 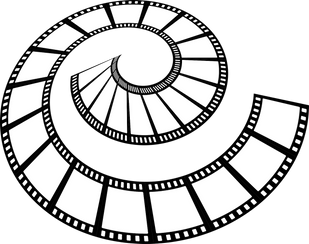 To get right to the point, that attitude could be best described as "mixed." For their part, Max Horkheimer and Theodor Adorno were decidedly hostile to what they viewed as the counter-revolutionary effect of the culture industry as a whole, and the movie industry in particular, setting out their views most famously in their classic work of cultural-historical philosophy, Dialectic of Enlightenment, whose most pertinent chapter on the subject, "The Culture Industry: Enlightenment as Mass Deception," pretty much says it all. A sophisticated update of the old "bread and circus" critique of popular entertainment, Horkheimer and Adorno's thesis essentially holds that the culture industry pours out well-constructed pseudo-works of art designed to keep the masses happy and docile by distracting them from the realities of their lives under capitalism. On top of that, Horkheimer and Adorno especially deplored the way that the Nazis had successfully used film for propagandistic purposes. One imagines, then, that both of them would hail the current financial troubles in the movie industry as one of the few bright spots on a horizon that they argue is constantly being thrown back into dialectical darkness.

But then there is Walter Benjamin, the tragic associate-without-professional portfolio of the Frankfurt School, whose equally seminal essay, "The Work of Art in the Age of Mechanical Reproduction," argues that the fascists' use of the movies could be turned against them by a communist cinema. More subtly, Benjamin argues that film, by its very nature, is revolutionary, assaulting viewers with a barrage of rapid-fire images that discourages quiescent (or quietist) contemplation and shocks them into new ways of thinking—much as Dadaist art is designed to shock the viewer into new ways of seeing.

Frankly (Frankfurtly?), I've never been persuaded by Benjamin's argument (if anything, I've always been more attuned to the way that the substance of his essay is undermined by its tone, which is plainly nostalgic for the lost "aura" of the days before mechanical reproduction), and have tended to lean more towards Horkheimer's and Adorno's, with the qualification that I think that the main goal of the culture industry has always been making money, not counter-revolutionary propaganda. Indeed, with a nod here to Thomas Frank, the culture industry will commodify anything, even social revolution, if it looks profitable to do so.

But whatever one's views on the political effect of the movies, their cultural effect has been profound, having arguably done more to upend the traditional relationship between high and low culture than any other art form. At a time when movies like the Batman and Avengers franchises more effectively mediate (to use another Frankfurt School term and concept) the social conflicts and concerns of our country than anything to be found in the vanishing world of high art (which has become what I call a "museum culture" in an era dominated by entertainment and entertainers), any change in the cinematic medium in itself is something to pay attention to. So, it will be interesting to see whether the days of the movie theater—already under assault by a myriad of new technologies—are coming to an end in the face of a virus over which we have yet no control, partly due to the policies of a president who rose to political prominence in good part because of the culture industry.