In my last blog (Some Popular Cultural Critical Thinking Flash Cards) I sketched out three critical thinking "flashcards," with suggestions for exploring the semiotic implications of the outsized importance of the Iowa caucuses and the New Hampshire primary, the El Niño Deluge (that still isn't), and the endless parades of celebrity gowns on red carpets during pop culture awards season.  So I thought that this time, in the spirit of the Sunday Times Crossword puzzles, I would give the "answers" to these flashcards, interpretive analyses that can lead us beyond the superficial play of ordinary experience into the more profound regions of human and cultural being.

So, the answer to number 1 is, quite simply, candidates make such a big deal about Iowa and New Hampshire because those events are given enormous amounts of media attention, attention that includes a certain ritualistic mythology that claims that these two electoral occasions have some sort of magical power to winnow the field and even determine the nominee. This answer explains numbers 2 and 3 simultaneously.  That is, the mass media make such a big deal out of Iowa and New Hampshire because they know the draw of that mythology, the innate human curiosity to see whether the magic will happen again.

To put this another way, there is a fundamental human desire to know the future.  This desire goes beyond mere curiosity into the deep need human beings have for a sense of security, and the magical promise of fortune telling, of seeing the future, is an ancient expression of that need.  So, with the desire for tea leaves (augury) and the power of tradition (ritual) driving audience behavior, the media can be sure that people will pay attention to their onslaught of Iowa/New Hampshire stories, and thus, that there will be a large audience (market) for the advertisers and data miners that pay the bills and provide the profits.  You might say that it is all a matter of profisy.

Now to the weather. There too I proposed three questions: 1. What is this mass of high pressure doing here for such a long time at this time of year?  2. With global warming throwing both the atmosphere and atmospheric science completely out of whack, is a reliance on past El Niño performances quite justified? And, 3. What does the deluge of news reports about deluges—and their absence—have in common with the Iowa/New Hampshire phenomenon?

The answers, of course, are pretty straightforward. Questions number 1 and 2 share the implication that it is time to realize that the old weather certainties, hard won through years of meteorological research, are crumbling in the face of a complete changing of the game through rapid climate change. Always an uncertain activity, predicting the weather has become more uncertain than ever before.  Global warming doesn't mean hot weather everywhere at the same time: it means unprecedented and unpredictable extremes of heat, cold, drought, and deluge.  But the mass media don't like to talk about that unpredictability much, partly through fear of conservative backlash (it is still a tricky business to even talk about global warming: I once moderated a science-oriented website wherein the conservatives who ran the place would not allow anyone to discuss global warming), and partly because it is more profitable to pretend that the tea leaves are still in play, that the weather's fortune still can be told.  And thus, the answer to number 3: the whole matter has a lot in common with the Iowa/New Hampshire phenomenon.  Weather related fortune telling attracts readers, which itself attracts advertising and marketing dollars—especially if the tea leaves auger death and destruction in vast floods (Watch out! Here comes El Niño!—we're still getting a lot of that here in Southern California, complete with pathetic fallacy and infantile personification).  In short, more profisy.

And finally, celebrity gowns on red carpets.   There too, I proposed three questions:  1. Why, we can ask, is this happening?  2. What can we learn about ourselves by thinking critically about it?  And 3. What does all the attention paid to celebrity gowns on red carpets have in common both with El Niño reporting and the Iowa/New Hampshire phenomenon?

And the answers are: it is profitable for both celebrities and the mass media alike to stage and broadcast this ritual because audiences respond to it, thus attracting advertising and marketing dollars.  What we learn about ourselves is that, while we think of ourselves as a democratic and egalitarian nation, we are fascinated by wealth and privilege, and pay lavish homage to it.  Some watch the red carpet parade vicariously, and dream of being on the red carpet themselves, or at least of having a dress like that (haute couture usually makes its way to the department stores eventually).  Others watch simply to ogle the ever-more-exposed bodies of the women (it is virtually always only women who are featured on the red carpet), and sex, of course, is perhaps the deepest instinctive driver of them all.  And so the red carpet report has something in common with the weather and with Iowa and New Hampshire after all: not as profisy but in the way that the mass media profit by playing upon our deepest (and often most primitive) fantasies and desires.

Altogether, our three flashcards point to signs not of hyperreality but of hypercapitalism: of a society that runs on the profit motive, even to the point of contradicting proclaimed values and broadcasting misleading information.  The interesting thing about this is that it is an historically unprecedented form of hegemony, because the subjects of that hegemony don't have to participate.  The whole show—profisy, money worshipping voyeurism—would end if the audience refused to watch.  In the sixties a popular slogan was "what if they gave a war and no one came?"  We could (more realistically) ask today, "what if they staged a red carpet fashion show and no one cared?"  Or an Iowa/New Hampshire election, and no one tuned in?  Or ran a screamingly headlined weather story that no one read?

I'll leave the answers to those questions to you. 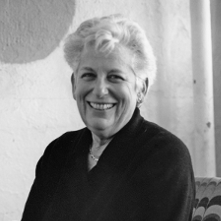 Heed the Call! To Answer CFPs, That Is